Sometimes you just have to look at life from a different perspective: 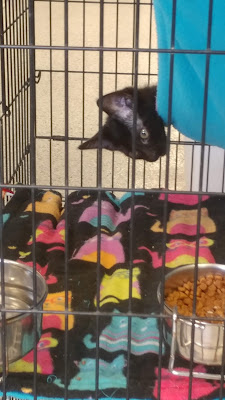 Especially when your brother is sitting on you:

Delores and her friend Jenny are taking turns providing a theme for Poetry Monday, and i am trying my hand at participating.  This weeks theme is Things That Cool You Down.

Ice cream
Brain freeze
Stay cool in the pool
Wet towel
Electric fan
Cold soup for the group
Lawn sprinkler
Slip-n-slide
Got it made in the shade
Best idea
I've heard
Stay indoors in your drawers!

La Guelaguetza a/k/a Los Lunes del Cerro -- Oaxaca, Mexico (folk dance, music and costumes, an extension of the celebrations of the Lady of Carmel, which used to be the feast of Xilonen, goddess of tender corn; now celebrated on two consecutive Mondays)

King Edward I of England and his longbowmen defeat William Wallace and his Scottish schiltrons outside the town of Falkirk, 1298
The Swiss decisively defeat the Imperial army of Emperor Maximilian I in the Battle of Dornach, 1499
A second group of English settlers arrive on Roanoke Island off North Carolina to re-establish the deserted colony, 1587
Alexander Mackenzie reaches the Pacific Ocean becoming the first Euro-American to complete a transcontinental crossing of Canada, 1793
In the Battle of Santa Cruz de Tenerife, Rear Admiral Nelson is wounded in the arm, and part of it is amputated, 1797
Death of Josef Strauss, Austrian composer, 1870
First ever motorized racing event is held in France between the cities of Paris and Rouen. The race is won by comte Jules-Albert de Dion, 1894
Wiley Post becomes the first person to fly solo around the world traveling 15,596 miles in 7 days, 18 hours and 45 minutes, 1933
Dezik and Tzygan become the first of Russia's Space Dogs, making a sub-orbital flight, which they both survived, 1951
Japan completes its last reparation to the Philippines for war crimes committed during WWII, 1976
Martial law in Poland is officially revoked, 1983
The second Blue Water Bridge opens between Port Huron, Michigan and Sarnia, Ontario, 1997
The Stonehenge World Heritage Site announces the discovery of a possible new henge, the biggest discovery at a major monument in over 50 years, 2010
Norway is the victim of twin terror attacks, on government buildings in Oslo and a youth camp at Utoya, 2011
Scientific studies reveal that dolphins have unique names for one another, much like humans do, 2013
The Brain Kids, a team of robots from Japan's Chiba Institute of Technology, wins this year's RoboCup, a robotic soccer tournament started 18 years ago to encourage new developments in the robotics field, 2015
Posted by messymimi at 12:00 AM