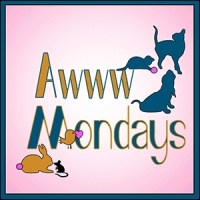 We were once again up to our elbows in dogs for Christmas.

Poetry Monday was started by Diane at On The Alberta/Montana Border.  Jenny at Procrastinating Donkey is on a blog break and is sorely missed, we hope she comes back soon.   Charlotte/Mother Owl participates, and now Karen at Baking in a Tornado is jumping in at least once a month, too.  Anyone else is welcome to join in the fun, just let Diane know, or leave a poem in the comments.

This week the theme is Fruitcake.

And full of toothsome charms,

While others cannot stand them

And if served will take up arms.

There's another kind of fruitcake,

It's the person who acts so nutty,

May you have plenty to enjoy,

And may any fruitcake relatives

Only each other annoy.

The Hagia Sofia of Constantinople is completed, 537

The Spanish Crown issues the Laws of Burgos, governing the conduct of settlers with regards to native Indians in the New World, 1512

Charles Darwin embarks on his journey aboard the HMS Beagle, 1831

Ether is first used in childbirth in US, in Jefferson, Ga., 1845

The world's first cat show is held at the Crystal Palace, London, 1871

The Shah of Persia declares Persia is now Iran, 1934

The World Bank was created with the signing of an agreement by 28 nations, 1945

Apollo 8 splashes down in the Pacific Ocean, ending the first orbital manned mission to the Moon, 1968

The People's Republic of China is granted permanent normal trade relations with the United States, 2001

Radiation from an explosion on the magnetar SGR 1806-20 reaches Earth. It is the brightest extrasolar event known to have been witnessed on the planet, 2004