Lulu was her usual crazy self yesterday, running and jumping with glee and attacking the door with gusto when the doorbell rang.  Her only plan is to lick you to death with welcome, but it’s not easy to tell when you don’t know the dog and are on the receiving end, so she gets locked up before the door is ever actually opened to anyone but family.

Boudreaux de mailman done be firs’ day on de new route, an’ he be comin’ to a house when dis big dog done come runnin’ up from de side yard.  Boudreaux start him to yellin’, an’ de lady o’ de house come out.

Stained glass and artwork from our church’s chapel: 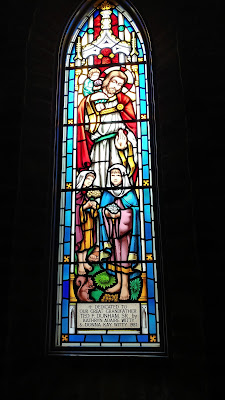 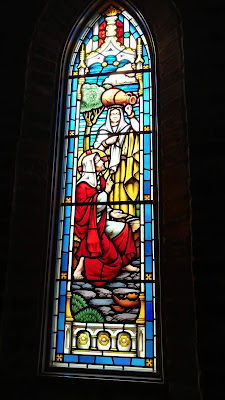 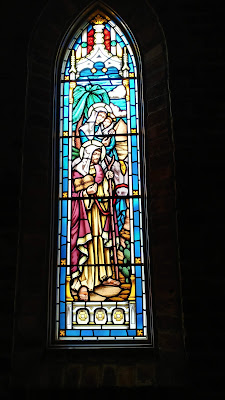 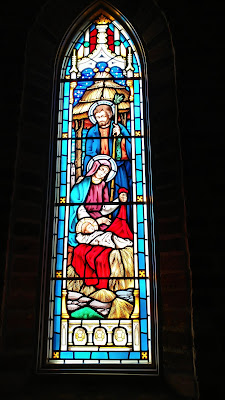 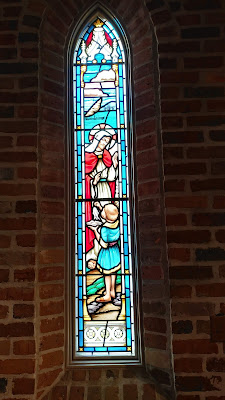 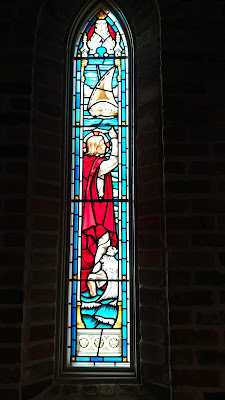 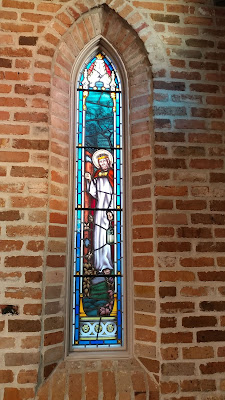 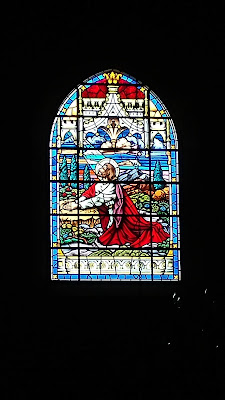 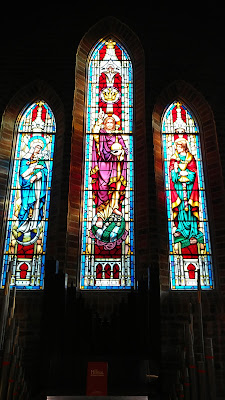 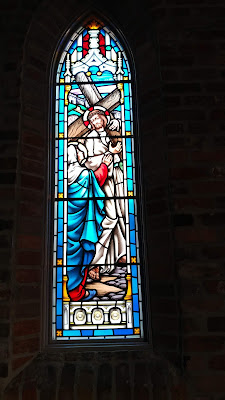 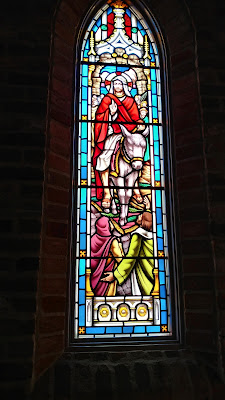 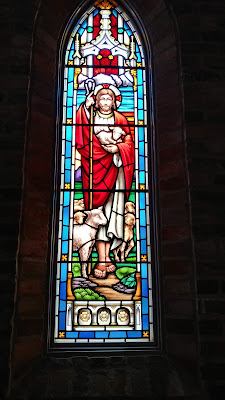 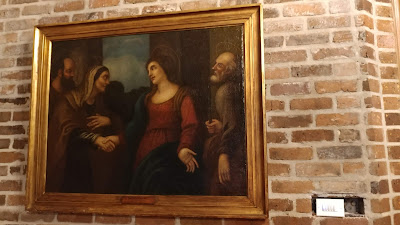 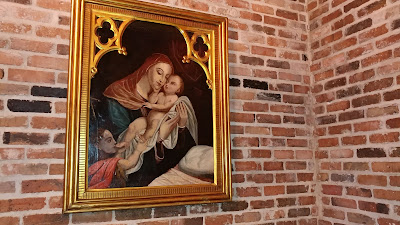 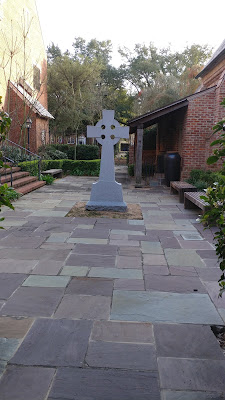 The fifth recorded perihelion passage of Halley's Comet, 66
Vicente Yáñez Pinzón becomes the first European to set foot on Brazil, 1500
The Council of Trent issues its conclusions in the Tridentinum, establishing a distinction between Roman Catholicism and Protestantism, 1564
Isaac Newton receives Jean Bernoulli's 6 month time-limit problem, and solves the problem before going to bed that same night, 1697
The magnitude 9 Cascadia Earthquake took place off the west coast of the North America, as evidenced by Japanese records, 1700
The British First Fleet, led by Arthur Phillip, sails into Port Jackson (Sydney Harbour) to establish Sydney, the first permanent European settlement on the continent of Australia, 1788
The Rum Rebellion, the only successful (albeit short-lived) armed takeover of the government in Australia, 1808
Tennessee enacts the first prohibition law in the United States, 1838
Hong Kong is proclaimed a sovereign territory of Britain, 1841
The first US income tax, passed to raise funds for the Civil War, is repealed, 1871
Muhammad Ahmed ("Mahdi") rebels conquer Khartoum, Sudan, 1885
The World's largest diamond, the 3,106-carat Cullinan, is found, 1905
The Short Magazine Lee-Enfield Mk III is officially introduced into British Military Service, and remains the oldest military rifle still in official use, 1907
Glenn H. Curtiss flies the first successful American seaplane, 1911
Richard Strauss' opera Der Rosenkavalier receives its debut performance at the Dresden State Opera, 1911
Former Ford Motor Co. executive Henry Leland launches the Lincoln Motor Company which he later sold to his former employer, 1920
Rioters burn Cairo's central business district, targeting British and upper-class Egyptian businesses, 1952
Danny Heater sets a worldwide high school basketball scoring record when he records 135 points for Burnsville High School (West Virginia), 1960
Ranger 3 is launched to study the moon, but misses its target by 22,000 miles (35,400 km), 1962
Hindi becomes the official language of India, 1965
The Great Blizzard of 1978, a rare severe blizzard with the lowest non-tropical atmospheric pressure ever recorded in the US, strikes the Ohio – Great Lakes region with heavy snow and winds up to 100 mph (161 km/h), 1978
Israel and Egypt establish diplomatic relations, 1980
An earthquake hits Gujarat, India, causing more than 20,000 deaths, 2001
President Hamid Karzai signs the new constitution of Afghanistan. 2004
The 41st World Economic Forum convenes in Davos, Switzerland, 2011
Libby Lane is ordained as the first female bishop of the Church of England, 2015
Posted by messymimi at 12:00 AM

Lulu sounds like a very affectionate dog who has lots of love to share. Your church has beautiful stained glass.

That stained glass is simply glorious.
And yes, Lulu does sound like a super affectionate dog.

Those stained glass windows are wonderful. Thank you so much Mimi.

I like your stained glass windows very much, those are pretty.

Your church looks as though it has some history in saving souls.

Those stained glass windows are stunning! Oh Lulu, you keep getting excited and keep being you sweetie!

That was a cute joke :) The stained glass windows are beautiful.

Will you be surprised to hear that I choose oysters over cockroaches?
Yeah, me neither...