Running Away With the Home (Cajun Joke) and Sunday Selections

Uncle J has settled in well at Grandma and Grandpa's house.  Grandma is getting up by herself and just has some pep in her step that i haven't seen in a while.

There is, for Uncle J, a bit of a down side.

"I don't want to have to tell women I meet that I'm a 53-year-old man who lives with his mommy and daddy!" he said.

We laughed, and i noted, you say instead, i just moved back home to take care of my elderly parents.

Boudreaux say to Clothile, "Mais!  When I retire, we be goin' buy us de motor home an' travel.  Dat way, if de kids want to move dem back home, dey gots to fin' us firs'!"

A few photos of 4th of July decor and some sunsets because i can't help it. 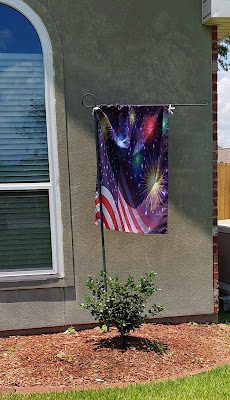 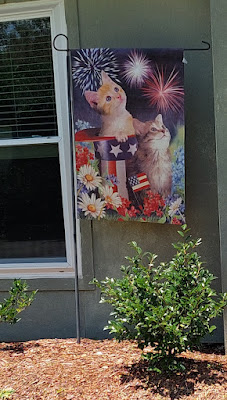 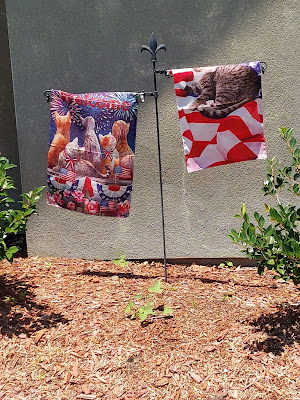 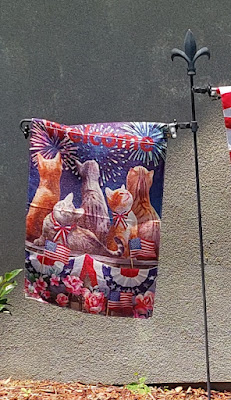 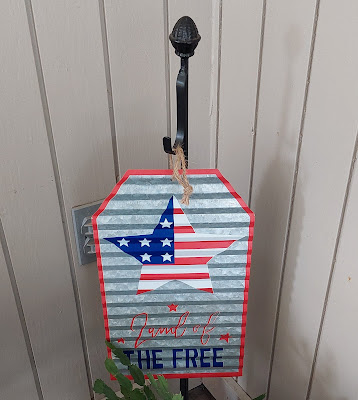 Hugh Capet is crowned King of France, the first of the Capetian dynasty that would rule France till the French Revolution in 1792, 987

Pitcairn Island is discovered by Midshipman Robert Pitcairn on an expeditionary voyage commanded by Philip Carteret, 1767

Norway's oldest newspaper still in print, Adresseavisen, is founded and the first edition is published, 1767

The Bank of Savings in New York City, the first savings bank in the United States, opens, 1819

Slaves are freed in the Danish West Indies (now U.S. Virgin Islands) by Peter von Scholten in the culmination of a year-long plot by enslaved Africans, 1848

The New York Tribune becomes the first newspaper to use a linotype machine, eliminating typesetting  by hand, 1886

World speed record for a steam railway locomotive is set in England, by the Mallard, which reaches a speed of 126 miles per hour (203 km/h), 1938

The biggest explosion in the history of rocketry occurs when the Soviet N1 rocket explodes and subsequently destroys its launchpad, 1969

First mention in the New York Times of a disease that would later be called AIDS, 1981

The Stone of Scone is returned to Scotland, 1996

In Belgium, King Albert II abdicates his throne to son, Prince Philippe, Duke of Brabant, due to health reasons, 2013