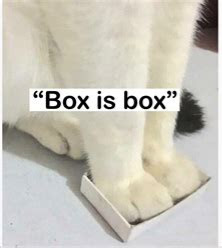 Life is not a LABORATORY where you are experimenting to see what methods of living work best.  There's a Good Book which is already DEVOTED to telling you, and its best instructions are love the Lord and love your neighbor as yourself.

If you want to be HAPPY and make others so, treat your own spirit and that of others TENDERLY.

When you are SICK, either go to the doctor or quit whinging!

Any time it is possible, be an ENCOURAGEMENT.

DISEASES are often caused by dis-ease.

UNRULY children are unhappy children, they need boundaries even though they seem not to want them.

The medical community doesn't have a VACCINE against stupidity but sometimes it can be sedated.

Listen to your inner Jiminy CRICKET, your conscience is usually right.

Festivals and Matsuri of Japan -- several throughout Japan, today and for the next several, most as harvest festivals or traditional horseback archery rituals)

Domitian becomes emperor of Rome upon the death of his brother Titus, 81

Harun al-Rashid becomes Abbasid Caliph upon the death of his brother, al-Hadi, 786

George Frederick Handel finishes "Messiah" oratorio, after working on it non-stop for 23 days, 1741

Napoleon occupies Moscow; fires begin that will not be fully extinguished for 5 days, 1812

Francis Scott Key witnesses the battle which inspires him to write "The Defense of Fort McHenry", later retitled "The Star Spangled Banner", 1814

President of the United States William McKinley dies after an assassination attempt on September 6, and is succeeded by Theodore Roosevelt, 1901

Groundbreaking for the United Nations headquarters in New York City, 1948

The Soviet probe Luna 2 crashes onto the Moon, becoming the first man-made object to reach it, 1959

The Organization of the Petroleum Exporting Countries (OPEC) is founded, 1960

The Toronto Blue Jays set a record for the most home runs in a single game, belting 10 of them, 1987

Historic National Prayer Service held at Washington National Cathedral for victims of the September 11 attacks; a similar service is held in Canada on Parliament Hill, the largest vigil ever held in the nation's capital, 2001

In a referendum, Estonia approves joining the European Union, 2003

The Bodleian Library confirms that the earliest evidence of the zero symbol found to date is a Bakhshali (Pakistani) manuscript that carbon dating puts as coming from the 3rd or 4th century, 2017

Astronomers report a possible sign of life on Venus, after detecting phosphine in the planet's atmosphere by telescope, 2020