A to Z: I Concur (Wordlesss Wednesday) and Words for Wednesday 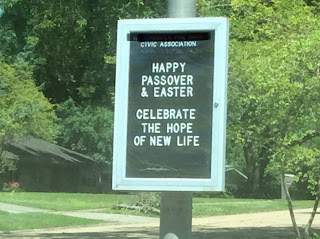 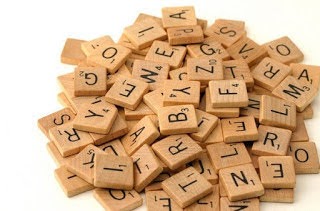 This weeks words are:

"What in the world are you doing?" he asked as she walked back into their CAMP with flowers in her hair.

"I am FLOWER River Moon, a hippie, and I am here to make your AFTERNOON one to remember," she said, trying to keep a straight face, and he tried his best, but after a few seconds, he started to silently SHAKE.

It was too much for both of them, though, and they started to giggle, then to laugh, finally the laughter grew, the way such laughter sometimes does, until it was all out of proportion to the original joke, and they were both rolling on the grass, gasping and trying to catch their breath, as their DOGS GAZEd at them in wonder.

When he could finally speak a little, he said, "Thanks, I needed that," to which she responded, "Me, too."

Until that moment, it had seemed like everything in the universe was conspiring to throw a WRENCH in the works to TEMPT them to abandon their plan to camp out in a park, in a tent, for a whole week.  No giving up and going to a hotel like last time when they both ate some food that had gone BAD and got seriously sick.  The weather was supposed to mostly cooperate (is there any such thing as a camping trip where it doesn't rain at least one day, after all), so there should be no need to evacuate like the time the park had to close due to severe storms and predicted mudslides.

This time they were determined, no matter what, to BRAVE the wilderness and get their first full week of camping under their belts.

It would take DECISIVEness on their part.  When they arrived at the park, the Ranger had given them a map with directions to their area, but his writing was a SCRIBBLE they could barely decipher.  When they finally, after three times ending up at the wrong site, unloading their gear, then loading it again, gotten to the one they'd been assigned, the tent had collapsed almost as soon as they had erected it, and they'd had to resort to a makeshift tent pole fashioned from a long branch fallen from a tree.

Things went from bad to worse when one of the dogs had cornered a skunk.

Today, though, today was going a bit better, and she had decided to take a walk in a meadow and make a flower chain to wear, and the resultant calm and laughter had put heart back into them.

They knew it was going to be another great story someday, but this time, the story of a whole plan carried out, not just a portion.

Encourage a Young Writer Day -- can't find out who started this, but it sounds like a great idea

Feast of the Rivers and Seas -- Ancient Sumerian Calendar (mother of Ea[Earth]; date approximate, around the same time of year the Romans honored Cybele)

National Bookmobile Day -- US, on the Wednesday of National Library Week

Safety Pin Day -- patented this day in 1849 by Walter Hunt

Thank Your School Librarian Day -- US, on the Wednesday of National Library Week

Halley's Comet and Earth experienced their closest approach to one another when their separating distance equalled 0.0342 AU (3.2 million miles), 837
the lama Deshin Shekpa visits the Ming Dynasty capital at Nanjing. He is awarded with the title Great Treasure Prince of Dharma, 1407
The Charter of the Virginia Company of London is established by royal charter by James I of England with the purpose of establishing colonial settlements in North America, 1606
The first law regulating copyright is issued in Great Britain, 1710
The Mount Tambora volcano in Indonesia begins its peak eruption period that lasts until July 15, 1815
The 10,500 inhabitants of the Greek town Messolonghi start leaving the town after a year's siege by Turkish forces. Very few of them survive, 1826
The NY "Tribune" begins publishing under editor Horace Greeley, 1841
The safety pin is patented by Walter Hunt of NYC, who sells the rights for only $100, 1849
The American Society for the Prevention of Cruelty to Animals (ASPCA) is founded in New York City by Henry Bergh, 1866
The first Arbor Day is celebrated in Nebraska, 1874
The Titanic leaves Southampton, England, 1912
Mexican Revolution leader Emiliano Zapata is ambushed and shot dead by government forces in Morelos, 1919
Warner Brothers debuts the first 3-D movie, "House of Wax," 1953
Adolf Eichmann is put on trial as a war criminal in Israel, 1961
In an attempt to thaw relations with the United States, the People's Republic of China hosts the U.S. table tennis team for a weeklong visit, 1971
A 7.0 earthquake kills 1/5 of population of Iranian province of Fars, 1972
H J Heinz, Van Camp Seafood & Bumble Bee Seafood say they would not buy tuna caught in nets that also trap dolphins, 1989
A rare tropical storm develops in the Southern Hemisphere near Angola; the first to be documented by satellites, 1991
President of Fiji Ratu Josefa Iloilo announces he will suspend the constitution and assume all governance in the country, creating a constitutional crisis, 2009
Apple, Inc., claims a value of $600 billion making it the largest company by market capitalization in the world, 2012
The Council of Europe suspends Russia's right to vote, 2014
The Hong Kong pro-democracy political party Demosistō is established by activists Nathan Law, Joshua Wong, and Agnes Chow, 2016
Facebook CEO Mark Zuckerberg begins testifying before US Congress about data use and security, 2018
Posted by messymimi at 12:00 AM

That sounds like a truly wonderful relationship. Love and laughter - it is hard to ask for more.
I went a different route.
You are confusing me. Make up your mind for once and for all. Be decisive.
Good Dog!
You feel brave walking the late afternoon streets with me beside you. You wouldn't allow your son to camp out at night unless I am with him (and I never scribble yellow flowers on the walls either).
And yet...
Bad Dog!
You deliberately tempt me. You put treats out in full view of my gaze and walk away. When I start to gobble them up you come in screaming and try to wrench them away, shaking your finger at me.
Whatever you call me I iz the same dog. One dog, not two dogs.

Man, I love that story. Laughter is often a life saver in situations like this. I hope they hold out this thme.

Nice sign with a good message. We will enjoy siblings day today and even try to be nice to the felines in the house.

Cool story and we're ready to hop into Easter!

Love your WW. Spot on.

I do love your stories. You can handle any of the prompts that are thrown at you. You never disappoint.

Finally I am done discussing pros and cons wiht myself. Here's the next chapter in Unicorn Farm.

An interesting assortment of words this week and a great story. I shall apply myself.

Oh the darling dog, leaving their treats out in plain sight.

I love your story Mimi, a fun filled take on it with even better hope for the future. Mine can be found at: https://wisewebwoman.blogspot.com/2019/04/words-for-wednesday-april-10th-2019.html
XO
WWW

My tale for Words for Wednesday....

"It was late AFTERNOON. She let her GAZE fall over the vast valley below.

She had felt BAD, very bad leaving without a full explanation – by having left only a short hurried SCRIBBLE on a scrap of paper, and a lone FLOWER resting upon it to announce her sudden departure; but she knew she had to deal with it in that manner.

To WRENCH herself away from the past and the present along a path into an unknown future was a BRAVE, DECISIVE move on her part. She wasn’t going to let anything TEMPT her away from her out of character, but firm resolution.

Setting up CAMP, she let her two DOGS, her constant, loyal companions out of the car.

Giving the tartan rug a SHAKE she sat down on it to contemplate what might lay ahead...the unknown..."

Thanks for hosting WFW. I am not a camper for reasons you wrote about,lol.

Here is my story:

Jupiter is a Siberian Husky, a beloved pet of the Johnson family in Toronto, Canada. A brave dog with beautiful blue eyes, he has an arresting gaze. There was recent attempted kidnapping of the Johnson baby. Jupiter fiercely guarded his treasure despite the fact that the bad man had tried to tempt the dog away by shaking some irresistible treats at him. It was a decisive moment when the kidnapper realized he could not wrench the baby away from the stroller. He was forced to take off in haste before Jupiter killed him. The man had already scribbled a ransom note which had been found lying on the ground. The evidence was handed over to the police and the story made the local news. It is hoped that surveillance video on the property can help to locate the perpetrator.

When the family is away, Jupiter is sent regularly to one of the latest doggy camps, where the dogs can run freely without leashes, get lots of exercise, and smell the flowers if you will. He enjoys many an afternoon there. He is treated well, and deservedly so, don’t you think?

I can't wait until Easter weekend. Those four days are very special to me. See ya Mimi.

Poor dog what is he to do.

I like where you went with your story, very dramatic, emotive.

Great story. I don't think I would camp in the woods for a million dollars :)

Well told! Yes, we cannot blame an animal when it does what animals do.

Sometimes you just have to start over. Well told!

Very much deservedly so. Good for Jupiter, defending his family!

Does weather every cooperate? http://peppylady.blogspot.com/2019/04/wednesday-meme-number-thirty-three.html

We had a malmute and husky cross and I don't think he would defend much any thing.

Lovely!
We have camped in the woods, enjoyed it mostly. Would have liked to have some sleep!
Easter--my favorite time of the year.

All power to her. I really like this Lee.

Yay Jupiter. We all need a dog like him.

Everyone has done a wonderful job with this week's choices. :)