Yesterday at Grandma and Grandpa's we got to talking about weddings and anniversaries.  Some of what was said reminded me of two things Boudreaux done say to his son Tee right befo' Tee done get marry.

"Garçon, I jes' be tryin' to give you de fair warnin'," Boudreaux say, "dat you gots to remember dat you ever' conversation wit' her fo' de rest you life goin' be recorded fo' quality an' trainin' purpose!"

Last time at Mr. BA's garden, he showed me the patch of day lilies with the nasty onion grass growing in it and told me to unleash my plant killing skills.  The rest of the photos are from his garden and plants. 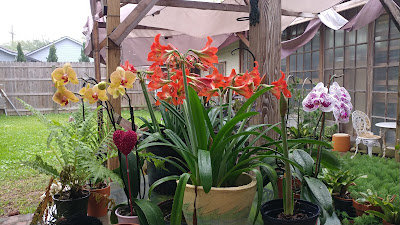 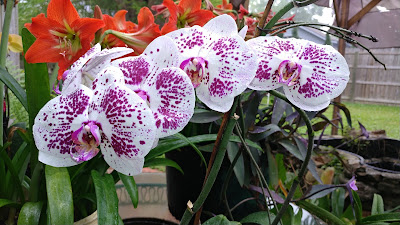 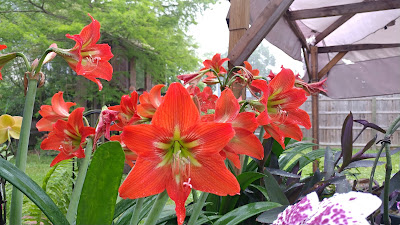 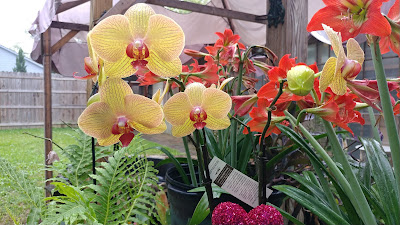 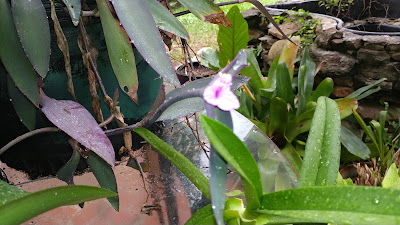 Bulldogs Are Beautiful Day -- this one has its own Facebook page

Landsgemeinde -- Appenzell, Inner Rhoden Canton, Switzerland (one of the last examples of direct democracy left; the final Sunday of each April all voters in the canton age 18 and older, wearing traditional swords, gather for a church service and then vote directly on all affairs of the canton for the year; no secret ballots, all raise their hands to vote yea or nay; festival follows.  This tradition dates back to the 14th century.)

Mother, Father Deaf Day -- to honor deaf parents and recognize the gifts of culture and language they give to their hearing children; sponsored by CODA (Children of Deaf Adults International)

Pay It Forward Day -- International (begun in the US as National Pay It Forward Day, it is now observed in over 80 countries; this year the global initiative wants to inspire over 10 million acts of kindness around the world!)

Worldwide Pinhole Photography Day -- anyone, anywhere in the world who makes a pinhole photograph today may upload it to the world wide online gallery

Nichiren Buddhism is founded, 1253
Captain William Bligh and 18 crewmen from the HMS Bounty are set adrift, 1789
Chinese and Irish laborers for the Central Pacific Railroad working on the First Transcontinental Railroad lay 10 miles of track in one day, a feat which has never been matched, 1869
Azerbaijan  is added to the Soviet Union., 1920
The first night game in organized baseball  history takes place in Independence, Kansas, 1930
A vaccine  for yellow fever is announced for use on humans, 1932
Thor Heyerdahl and five crew mates set out from Peru on the Kon-Tiki, 1947
The Sino-Japanese Peace Treaty (Treaty of Taipei) is signed in Taipei, Taiwan between Japan and the Republic of China to officially end the Second Sino-Japanese War, 1952
Charles de Gaulle resigns as President of France, 1969
The Budapest Treaty on the International Recognition of the Deposit of Microorganisms for the Purposes of Patent Procedure is signed, 1977
Millionaire Dennis Tito becomes the world's first space tourist, 2001
According to the WHO, leading causes of death in the world include chronic illnesses such as heart disease, cancer and diabetes, 2011
In recognition of democratic reforms, the European Union opens an office in Burma, 2012
The government of India announces that electricity has now reached every Indian village, 2018
Posted by messymimi at 12:00 AM