There are a lot of people with dogs in this neighborhood, and now we get to see them much more often as people are looking for reasons to get out of the house.  The field across the street is a great place to walk your pup, and many are doing just that.

It makes me wonder how the mail carriers and other delivery people feel, as of course many dogs are notorious about guarding their homes from anyone in a uniform.

Boudreaux done be worry dat some day, Phideaux de dog goin' be outside in de unfence back yard when de mail carrier come.  Ever' day, Phideaux be on duty, stan'in' in de big glass winda' to bark when he see dat uniform.

Den one day it happen, Boudreaux done see de mail carrier out dere, an' Phideaux be out in de back, an' Boudreaux be 'fraid he too late.  When he tell Clothile 'bout it later, she ax, "So, did Phideaux go try to bite de mail carrier?"

An' Boudreaux say, "Mais, non!  Dat crazy dog done knock me down to get in de house an' be at the winda' to bark!"

First, a very small sign at a client's house: 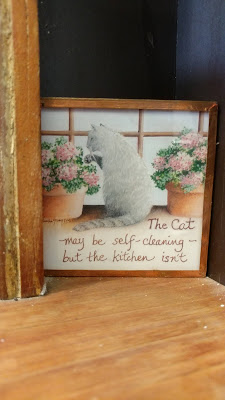 Second, a rose with a story.  My client, Ms. GF, has this growing in her yard.  Her Grandmother's second daughter died back in 1921 of diphtheria, and a rose bush was planted on the child's grave.  Every time Grandmother moved, she took a cutting from that rose and planted it.  So Ms. GF still has big, beautiful bushes from cuttings in her yard, a reminder of family and love: 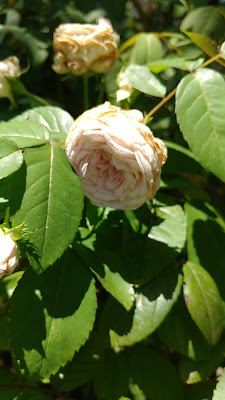 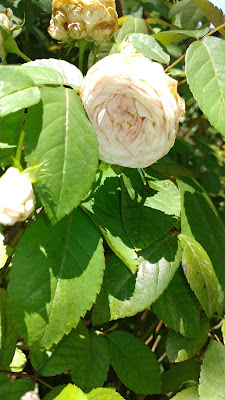 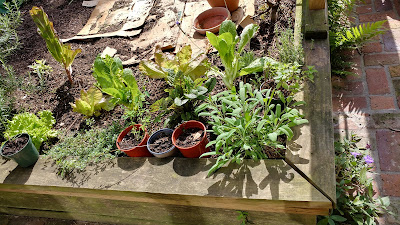 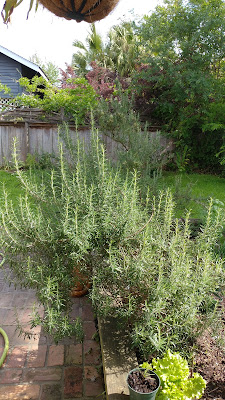 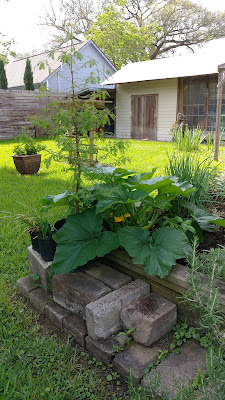 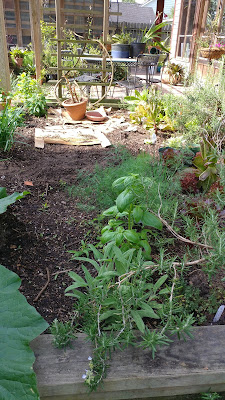 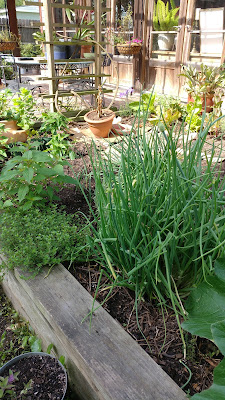 And lots of beautiful flowers, of course, some with bees: 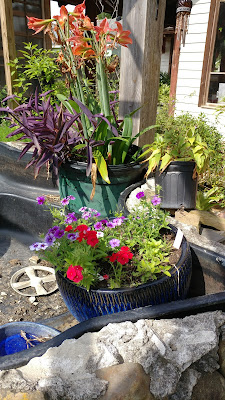 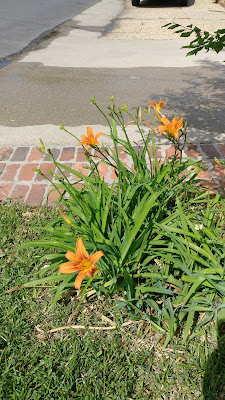 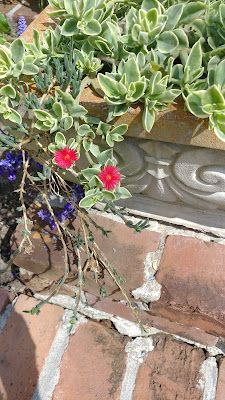 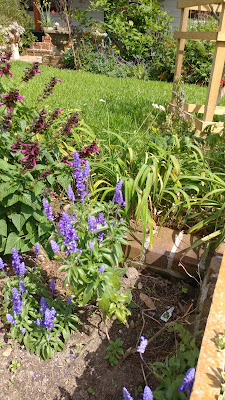 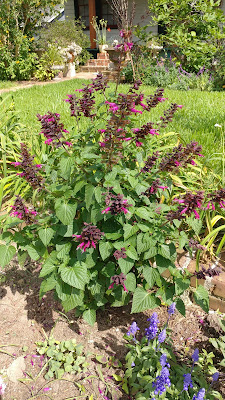 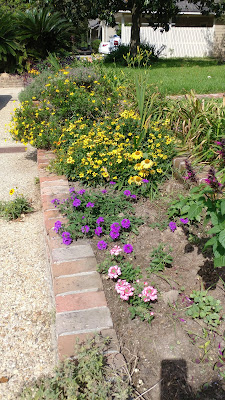 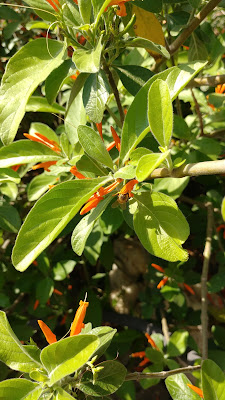 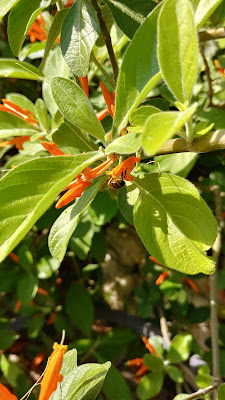 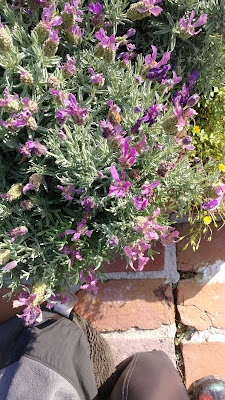 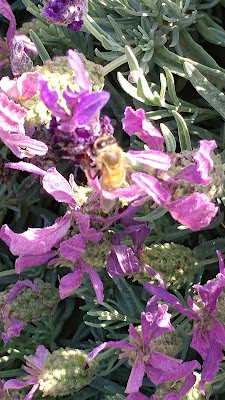