Awww Monday, Inspiring Quote of the Week, and Poetry Monday

This weekend, i was so busy i wasn't thinking ahead to the coming week.  That means i didn't save a rEcess photo for Awww Monday, or snap a special one.  Here are a couple of flashbacks from rEcess to make us say, Awww! 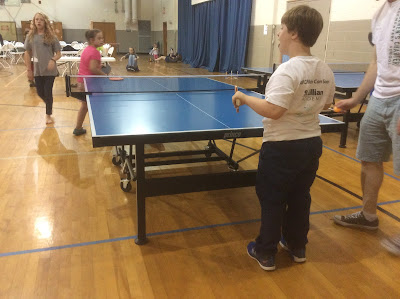 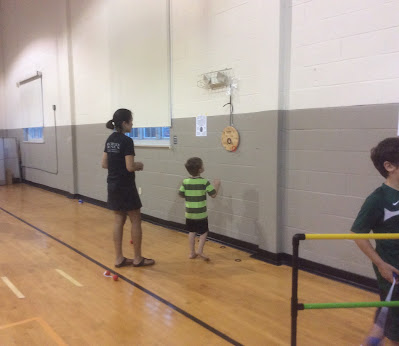 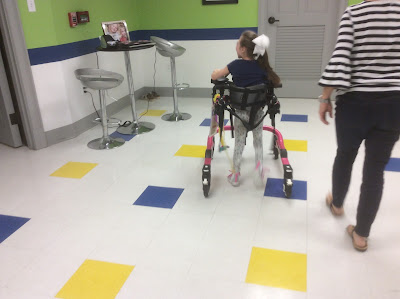 This week the theme is Golf.

Though i am not a golfer

Even i can see

It takes a lot of time and skill

It looks quite hard to me!

You need a steady grip,

You need a sturdy back,

And don't even try to tee off

If good eyesight you lack.

What club to use and when,

How to stay out of traps, water, and rough,

You can't just call it in.

You learn to hit straight

Neither to the right or the left,

And how to give that ball

Just the right amount of lift.

Yes, there's a whole lot to it,

The ones who make it look easy,

Everyone calls them pros!

Blessing of the Animals Day -- at many Catholic Churches, in honor of the Saint

Tewa Deer Dance -- Tewa Native Americans (celebrating the cosmic duality of the feminine and masculine, and honoring male and female ancestors; through the 7th)

The Soviet Union launches Luna 3, 1959 (first satellite to photograph the moon's distant side)

Snoopy, in the Peanuts Comic strip, 1950

One of the largest naval battles in history, the Battle of Lake Poyang, ends when the Chinese rebel forces of Zhu Yuanzhang defeat Chen Youliang, 1363

The first full English translation of the Bible, sometimes called the Matthew Bible, which contained the work of translators William Tyndale and Miles Coverdale, is printed in Switzerland, 1537

Pope Gregory XIII's calendar adjustment that bears his name takes effect, with tomorrow being not Oct. 5, but Oct. 15, 1582

Plymouth Colony in Massachusetts drafts its first code of law, 1636

The state of Belgium is created after separation from the Netherlands, 1830

The Orient Express, linking Turkey to Europe by rail, makes its first run, 1883

The Protocol on Environmental Protection to the Antarctic Treaty is opened for signature, 1991

NATO confirms invocation of Article 5 of the North Atlantic Treaty, 2001

SpaceShipOne wins Ansari X Prize for private spaceflight, by being the first private craft to fly into space, 2004

What is believed to be the oldest high-altitude human settlement is found in Kokoda, Papua New Guinea, 2010

Nissan unveiled the NSC-2015 electric car prototype at the Ceatec 2012 show in Tokyo; the car drove and parked itself, 2012

The Nobel Prize for Chemistry is awarded to Jacques Dubochet, Joachim Frank and Richard Henderson for their work on cryo-electron microscopy, 2017

Hooray for the return of rEcess.
I like your poem - but subscribe to the thought that golf is a pleasant walk - ruined.

I am sure everyone enjoyed the rEcess weekend. My bro-in-law plays golf. I know nothing about golf.

And those photos get a massive awww from me too Mimi :-)

Have an awwtastic cute day 👍

I tried golf once - only once! Say no more!

Thank you again for your good works.

Last night, at about midnight it was, my wife said, "It's always golf with you. Golf. Golf. Golf. You do nothing else but play golf!"

I tell you, I never expected her to turn up on the golf course at that hour.

Mom used to be a golfer but it takes so much time and can be so frustrating she hasn't golfed in years now. Glad your weekend was so fun that you forgot all about everything else. It's good to do that now and then.

I know you're happy rEcess is back. Have fun.

Your Spark made me smile.

Good morning Mimi. I loved the poem and I am a golfer or I was. Watching the pros you'd think how easy it was to play golf but once you're on the course, you'll realize how difficult it is. For me it was fun and enjoyment to be with the guys. I was able to get my share of birdies on par three's but the other holes were just fun I'll say. Today since my balance is off, I've put my clubs and golf balls away. I miss it but if you even can't swing without falling and get hurt, my golf life is finished. Oh well, that's life.

Monday kicks off the week and have a really great one

Loved the golfers poem. It was a game I never even tried but was assured I would have moved higher up the executive ladder if I could play golf.

Cute photos. Great spark and I enjoyed your poem even though I hate golf and the snobbishness of it. XO

We loved your post and our Human says "paws up" to the quote. She says, "fear is a liar!"
Purrs & Head Bonks,
Alberto

I'm glad a good time was had by all. That's a wonderful Spark and a fun poem too.

I’ve never golfed, either! But I have many friends who think it’s the greatest pastime on earth. The way you describe it, it sounds a little too complicated for me.
Pros, indeed!
And well done on the poetry!

Kids are always bring out the awww. Your golf poem was witty and clever. I'm not a golfer and the sport looks boring to me. Thanks for making me smile. :)

Great photos of the rCess ~ and lovely poem ~ and spark too ! Xo

My nieces daughter plays golf for Purdue. She is an alternative for the two gals who beat her by one stroke. I never was good at golf or tennis. Baseball is my jam and basketball was too. I always enjoy visiting you here. Thank you