Tripod SissyCat agreed to pose as she is certain she's awww worthy. 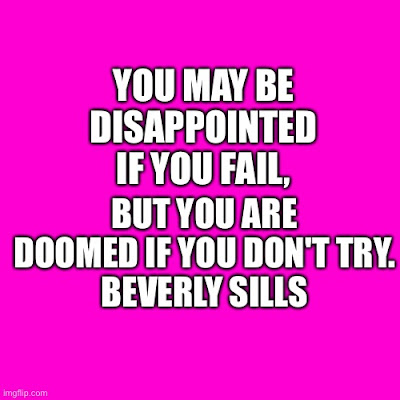 This week the theme is Opera.

The Marx Brothers went to the opera

And everything went nuts,

But to really sing in the opera,

It takes voice, heart, and guts.

It's never out of style,

But to get to star in the opera,

Your practice goes the extra mile.

To be the best in any profession,

To grab in this life those brass rings,

It's not over 'til the opera lady sings!

International Artist Day -- invite an artist to lunch, buy that painting that you've wanted for so lng, go to an art gallery or the symphony or a play -- celebrate how art adds to your life daily!

The Archbishop of Dubuque, Francis J. L. Beckman, denounces swing  music as "a degenerated musical system... turned loose to gnaw away at the moral fiber of young people", warning that it leads down a "primrose path to hell", 1938

Scientists announce that the completion of the nuclear genome study of a 24,000 year old Siberian boy's remains shows 2/3 of today's Native Americans are of Eastern Asia origin, and the others from Western Eurasia, 2013

Sahle-Work Zewde becomes Ethiopia's first female President and Africa's only female head of state after being elected by parliament, 2018

Chile overwhelmingly votes to scrap their constitution, drafted during the dictatorship of General Augusto Pinochet, 2020

Tripod SissyCat is definitely aweworthy. While I like your poem opera doesn't appeal to me. I recognise the skill and the work, but I don't like it at all.

Good pose by Tripod SissyCat. Good poem but I don't know how to appreciate opera.

The cat sat on the mat. Well ... laid down actually.

Dearest Mimi,
Thank you for hosting each Monday your so wonderful party together with Sandee, and for sharing always such an amazing post!
Wishing you a most lovely new week
XO Daniela at ~ My little old world ~ (Dany)

We don't do well with failure, but one does have to try and usually you learn something from those failures. Kitty chose a nice place for her photo with gray furs on a gray mat.

Awww on your precious baby.

Love the Spark and it fits with your poem perfectly.

Tripod kitty is awww worthy. Your poem was really fun. The Marx Brothers are so funny. :)

Tripod Sissycat is definitely awww..worthy. Such a cutie. Great poem and spark. XO

I agree she definately deserves a huge awwww! heheh!

I enjoyed the poem too

Tripod SissyCat is definately the cat for Awww Monday! And the SPARK - is purrfect. Your poetry Monday is really terrific, I love the Marx Rothers Opera theme. Mimi, you ROCK!

I SO remember the Marx Brothers opera turn! You did a fabulius job, Mimi! (As always!)
Loved Tripod Sassycat and the quote. Wish I could show it to my ex SIL. :(

Nice opera poem, they make it sound so easym, but it's hard work. And only too late I saw it was pasta day today. We had rice for dinner

SissyCat sure looks pretty! Love the poem and love those Marx Brothers. Our Dad always wanted to learn to play the harp like Harpo!

My apologies for being very remiss in commenting of late...for a week or so I was without phone, internet and streaming services.

I think opera would be very hard to write a poem about, but you managed it well.

You nailed it on these! Your poem , I think you should have your poems published. I would buy your book, seriously. I love them. Sissy Cat is quite a character. Love the photo of her. Take care and enjoy your posts so much.