It Fills the Bill (Cajun Joke) and Sunsets (Sunday Selections)

What did we do for our anniversary yesterday?  Glad you asked.

We went out for an early dinner, and then we went bowling.

Neither of us are that great, but we each got a couple of strikes and spares, and i won the first game, he won the second.

During the second game, i pulled something and my gluteus maximus is in a great deal of pain.  In fact, i could hardly finish the game and limped the whole evening.  Let's hope this clears up by Monday or i will be fighting Dr. D for her heating pad that she uses on her hip!

Boudreaux done be complain to Thibodeaux dat Clothile on him to get him more o' de exercise an' spen' less o' his time at de Hubba Hubba Lounge.

An' Boudreaux say, "I done tole her I's gonna do me some research."

An' Thibodeaux say, "What!"

The last couple of days, i have been stopping to admire the sunset from my own front door: 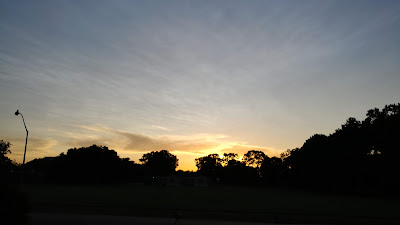 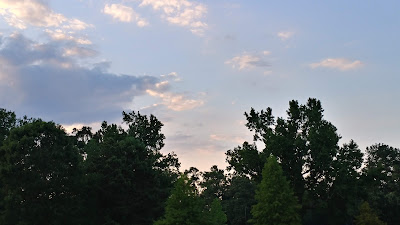 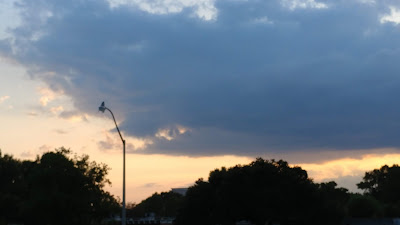 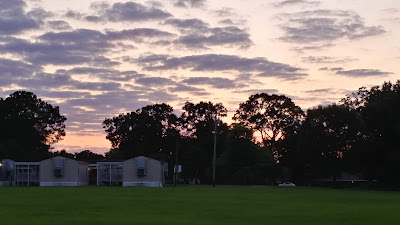 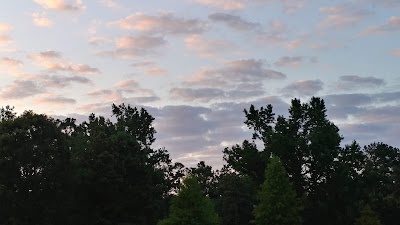 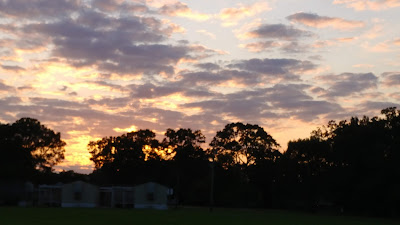 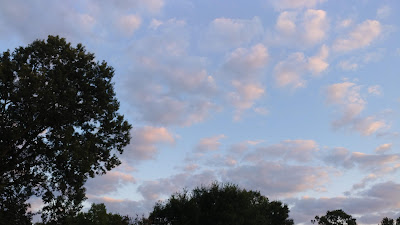 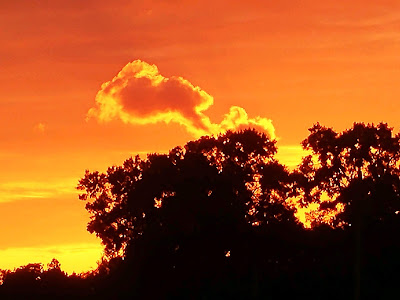 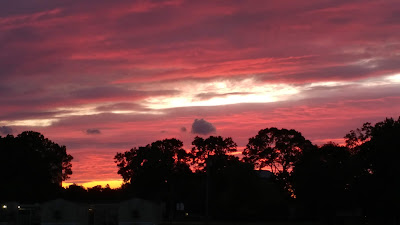 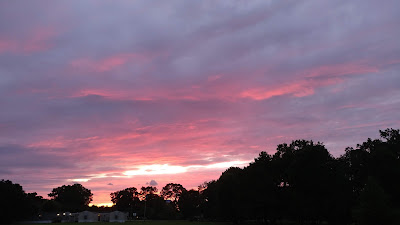 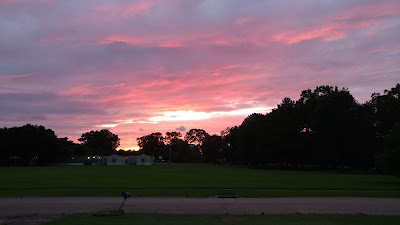 Auntie's Day® -- as begun by The Savvy Auntie, celebrating those who chose to take on the active role of being an Auntie

Procession of the Penitents -- Veurne, Belgium (passion play dating back to the 15th century)

Ranggeln -- Mt. Hundstein, Germany (traditional form of wresting, called ranggeln, in honor of St. Jacob's Day [which most celebrate on July 25]; this particular festival harks back to the pre-Christian Lughnasadh celebrations, which went through Aug. 1 and contained athletic events)

Valencia Fair Battle of the Flowers -- Valencia, spain (conclusion and highlight of the Valencia Fair, with a parade and thousands of carnations thrown from floats, making a magical carpet of petals for all to enjoy)

Thomas Cromwell is executed at the order of Henry VIII of England on charges of treason, 1540
Bermuda is first settled by Europeans, survivors of the English ship Sea Venture en route to Virginia, 1609
Maximilien Robespierre is executed by guillotine in Paris during the French Revolution, 1794
Welsh settlers arrive at Chubut in Argentina, 1865
The 14th Amendment to the Constitution of the United States, guaranteeing due process and establishing citizenship for African Americans is certified, 1868
First flight of the Boeing B-17 Flying Fortress, 1935
The Metropolitan Police Flying Squad foils a bullion robbery in the "Battle of London Airport", 1948
The Tangshan earthquake measuring between 7.8 and 8.2 moment magnitude flattens Tangshan, the People's Republic of China, killing 242,769 and injuring 164,851, 1976
Andorra joins the United Nations, 1993
Australian Ian Thorpe becomes the first swimmer to win six gold medals at a single World Championships, 2001
The Provisional Irish Republican Army calls an end to its thirty year long armed campaign in Northern Ireland, 2005
The U-550, a sunken German U-Boat, is discovered off the cost of Massachusetts, 2012
Findings of the earliest evidence of cancer, found in 1.7 million-year-old toe fossil from Swartkrans Cave, South Africa, are published in "South African Journal of Science", 2015
Posted by messymimi at 12:00 AM