Like Water From a Stone (Cajun Joke) and Sunday Selections

Because they decided to plan for a worst case scenario, our church cancelled the services for today.  This surprised me, as our head pastor has always insisted on Sunday, he will be at the church having a service, even if it has to be outdoors because the power is out.  Of course, he goes out of town on his sabbatical every July, and when the cat is away....

For one of our pastors, Pastor BP, this brings up the question of whether or not people will donate twice as much next week in the collection to make up for it and keep up with their tithes.  We will see.

Young Tee Boudreaux done grow up doin' de hard work, an' he be strong, strong.  He decide him he be wantin' to see de country, an' he don' have no money, so he join him de circus as de strong man so's he can travel an' get paid.

One of de t'ings he do in de show is he squeeze him a lemon wit' his bare hands, an' den he make him de bet wit' de audience, "If'n any o' you can squeeze one mo' drop out dis lemon, I's gonna give you de pay I would get from doin' dis show!"

No one done ever' took him up on de offer but den, one day, to hims surprise, a lady come up an' say she want try.  Tee done hand her de lemon, an' sure 'nuff, it take her a while, but after squeezin' an' squeezin', she get one mo' drop out.

An' de lady say, "I was the treasurer for a Presbyterian church for over 30 years!"

Just some pictures of the crepe myrtles (which have bloomed well) and other bits of nature. 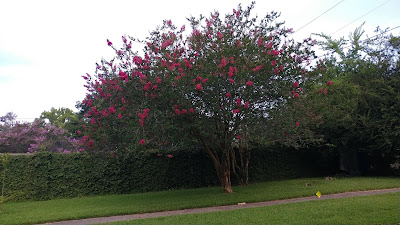 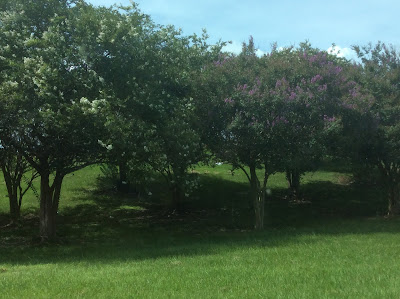 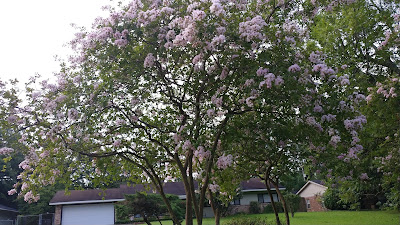 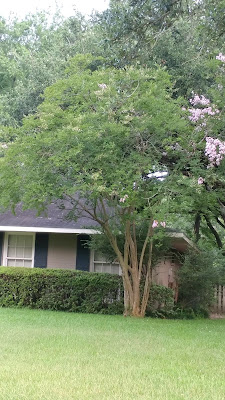 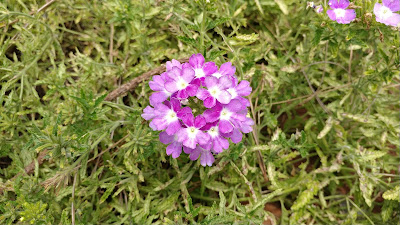 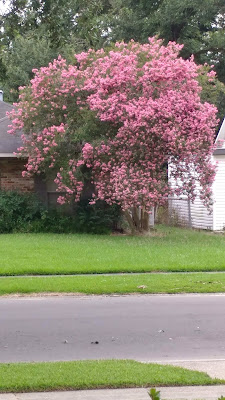 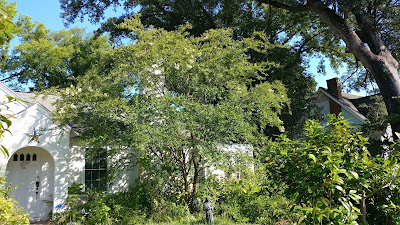 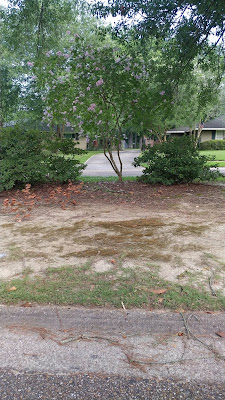 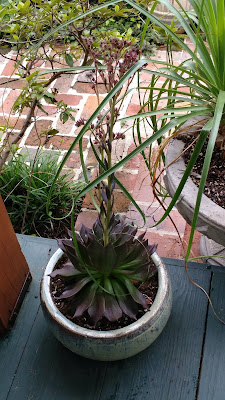 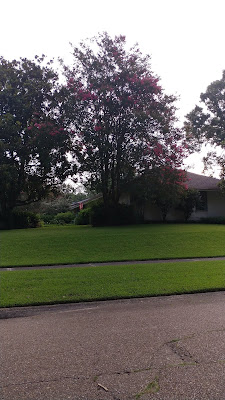 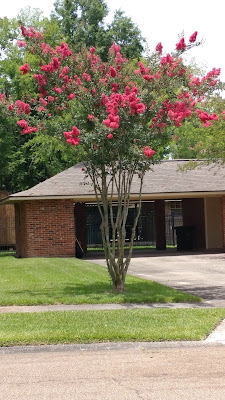 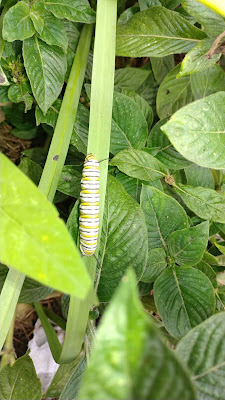 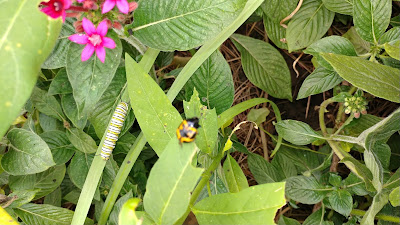 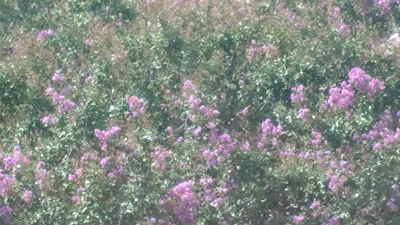 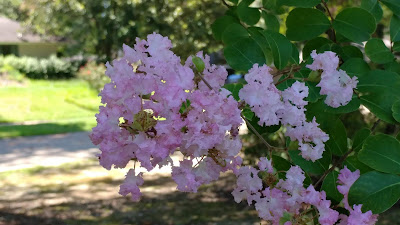 Bohemian Club Annual Rites begin -- Bohemian Grove, CA US (if you are into conspiracy theories, this is supposedly when and where the male movers and shakers of the world meet for two weeks and decide the fate of the world for the next 12 months; the members of the club, including former presidents and other high level officials, do meet for a couple of weeks this time of year to have, among other things, a Cremation of Care ceremony)

Foundation of the Mission San Antonio de Padua in modern California by the Franciscan friar Junípero Serra, 1771
Citizens of Paris storm the Bastille and free seven prisoners, 1789
First ascent of the Matterhorn, by Edward Whymper and party, four of whom die on the descent, 1865
The Campanile in St Mark's Square, Venice collapses, also demolishing the loggetta, 1902
The United States $500, $1,000, $5,000 and $10,000 bills are officially withdrawn from circulation, 1969
A powerful solar flare, later named the Bastille Day event, causes a geomagnetic storm on Earth, 2000
The United States Government admits to the existence of "Area 51", 2003
In Borneo, a rainbow toad, believed to be extinct since 1924, is sighted, 2011
Neptune, discovered in 1846, completes its first orbit of the sun since that date, 2011
Scientists from the Large Hadron Collider announce the discovery of a new particle called the pentaquark, 2015
Posted by messymimi at 12:00 AM