It's Not Easy (Cajun Joke) and Sunday Selections

Grandma was a bit out of sorts yesterday and snapped at Sweetie about something he had cleaned at her house that he had not quite done to her satisfaction.  He made a note to me later about how it's not always easy being the help!

Rich cousin Boudreaux done get him de note from de gov'mint dat dey t'ink he not be payin' de he'p the minimum wage, an' dey be goin' sen' de man out to talk wit' him.

Well, de man from de gov'mint done come an' ax Boudreaux 'bout de he'p, and Boudreaux say, "We gots us de gard'ner, he done get pay $600 a week, plus he get him de health insure policy, an' he live free in de cottage on de ground.  If'n we have de hurricane an' it do lotsa damage, I pays him extra.

When he done hear dis, de man from de gov'mint yell, "What!  That's terrible!  I want to meet this poor half-wit."

Sometimes i notice things at Grandma's house that i've seen before, but that i never really stopped to look at for long (i am usually busy doing housework).  Also, i never get tired of taking pictures of flowers. 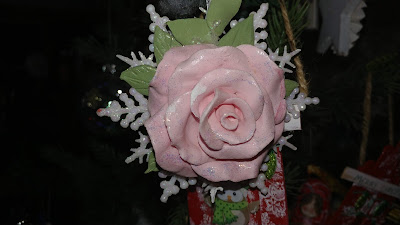 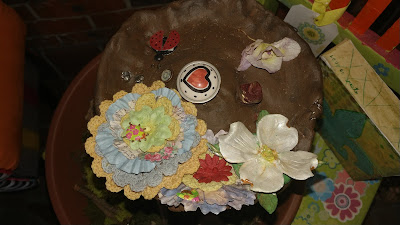 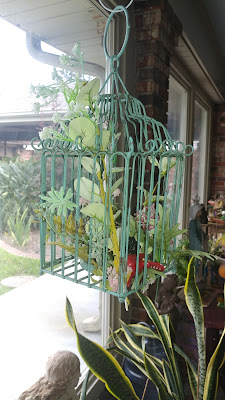 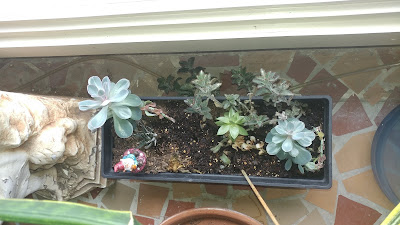 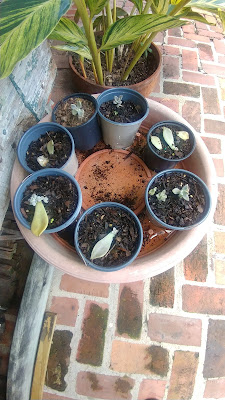 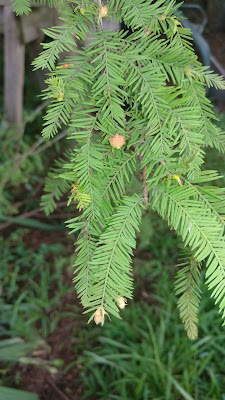 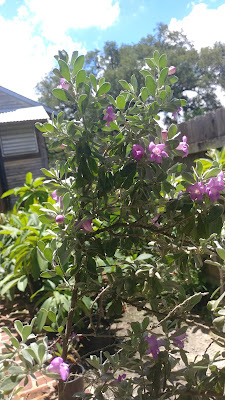 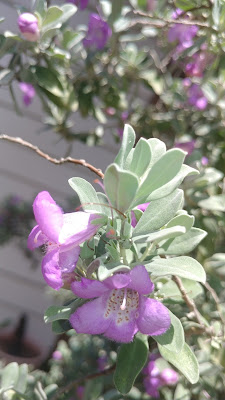 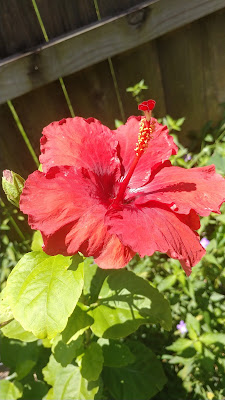 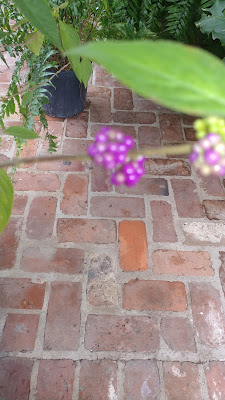 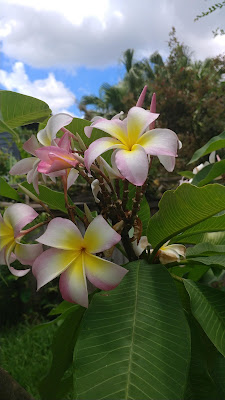 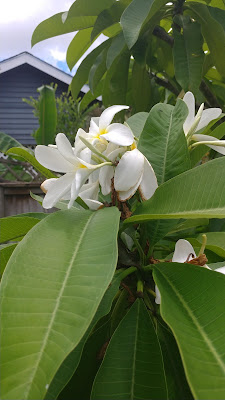 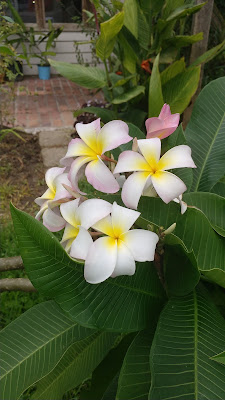 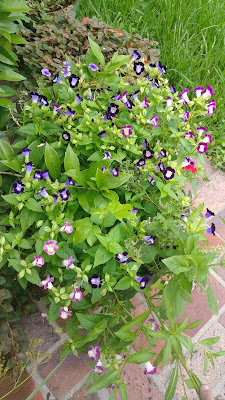 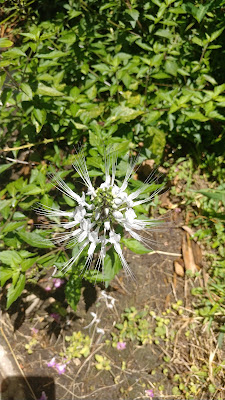 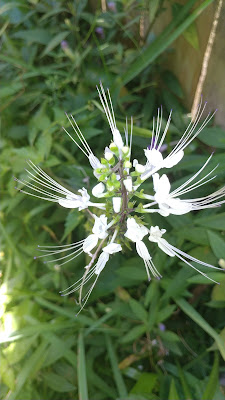 Dornach Commemoration Day -- Dornach Battlefield and nearby city of Solothurn, Switzerland (victory in 1499 which ended the Swabian War)

National Ice Cream Day -- by US Presidential proclamation on the 3rd Sunday of July each year; at this time of year, the trick is to eat it fast enough that it doesn't melt, but not so fast that you get a brain freeze!

Stick Out Your Tongue Day -- internet generated, do it just because it's fun

A dragon more than 100 metres long was found dead on Yehwang Mountain in Henan province and was seen as a bad omen for Emperor Huan, who ignored it and died at age 35 (three years later); Xiang Kai, who had warned him of the omen, was released from the prison the emperor had placed him in, and lionised as a hero, BCE164
Moslem forces under Tariq ibn Ziyad defeated the Visigoths led by their king Roderic, 711
A hailstorm brings down the ceilings of the Papal Palace, Rome, 1500
Lady Jane Grey is replaced by Mary I of England as Queen of England after having that title for just nine days, 1553
Five women are hanged for witchcraft in Salem, Massachusetts, 1692
Representatives of the Iroquois Confederacy sign the Nanfan Treaty, ceding a large territory north of the Ohio River to England, 1701
Australia's first recorded use of gaslight was commenced in a Sydney shop, 1826
The British Medical Association was founded as the Provincial Medical and Surgical Association by Sir Charles Hastings at a meeting in the Board Room of the Worcester Infirmary, 1832
The two day Women's Rights Convention opens in Seneca Falls, New York; "bloomers," named after developer Amelia Bloomer, are worn at this very early feminist convention, 1848
A meteorite with an estimated mass of 190 kg explodes over the town of Holbrook in Navajo County, Arizona causing approximately 16,000 pieces of debris to rain down on the town, 1912
Joe Walker flies a North American X-15 to a record altitude of 106,010 metres (347,800 feet) on X-15 Flight 90. Exceeding an altitude of 100 km, this flight qualifies as a human spaceflight under international convention, 1963
The Sandinista rebels overthrow the government of the Somoza family in Nicaragua, 1979
The first three-dimensional reconstruction of a human head in a CT is published, 1983
President Clinton announces his idea for a "Don't Ask, Don't Tell" policy in regards to gays in the US military, 1993
A Tel Aviv judges orders safe deposit boxes that contain manuscripts of Franz Kafka to be opened, 2010
A Pontifical Commission is established by Pope Francis to investigate current accounting practices and implement new strategies for greater fiscal transparency and fiscal responsibility among all Vatican offices, 2013
Scientists in the US calculate that the total amount of plastic ever produced is 8.3 billion tons, the equivalent of about 1 billion elephants in weight, 2017
The Russian ship Dmitri Donskoii, with a possible cargo of gold coins, is discovered in waters between South Korea and Japan where it sunk in 1905, 2018
The largest wind farm in Africa opens at Lake Turkana, Kenya, capable of generating 310 megawatts, 2019
Posted by messymimi at 12:00 AM