Yesterday was Red-headed Alec’s son’s birthday.  In the past i called him Baby Lee, then Toddler Lee, and now he is 3 and i am not sure that i need to say Little Boy Lee.

When you have kids, there is always something funny going on, especially in how they sometimes pronounce words or funny things they say or misunderstand.  Lee has been enamored with Star Wars lately, and got a gift or two that reflect his new passion.  (His other passions are superheroes and dinosaurs, and some of his gifts reflected that, too, but keep Star Wars in mind.)

Lee was at his daycare and Red-headed Alec got a call from the director.

“Mr. Smith, your son said something that is concerning to us, and I was wondering if you could explain it.”

“Could you explain why Lee said you bought him a b@stard?”

Phone drops, and director is laughing so hard she can barely pick it up again.  “Thank you, Mr. Smith, and we’ll see you when you come get him later.”

“I already gots me a soeur[sister], I be needin’ me a frère!”

An’ Clothile say, “What ‘bout how much a new chile in de house goin’ cost?”

An’ Boudreaux done give her de wink an’ say, “Mais, I t’ink dat soun’ like a youthamism!”

Sunsets.  Let’s just watch the sun do down and paint the sky.  The last two were taken by my Sweetie, it’s not often the sky looks like that, but it does happen. 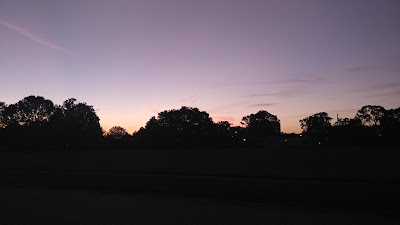 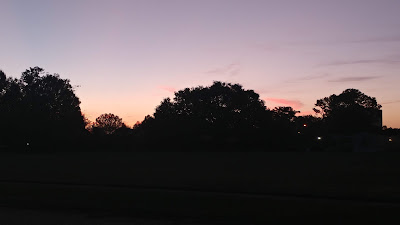 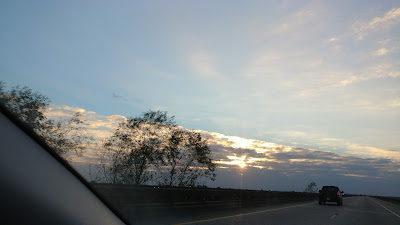 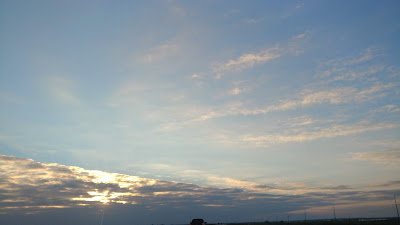 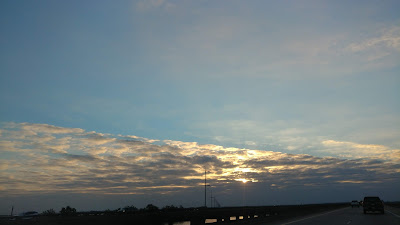 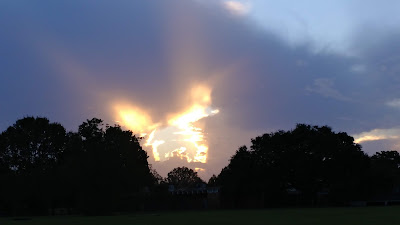 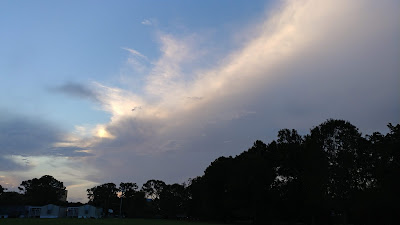 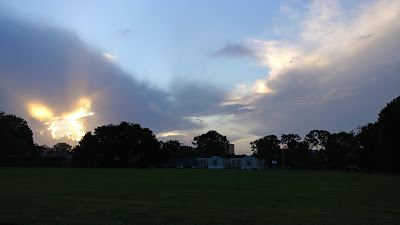 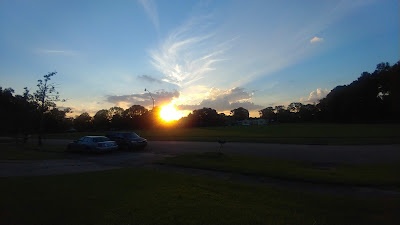 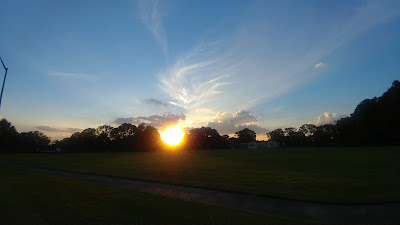 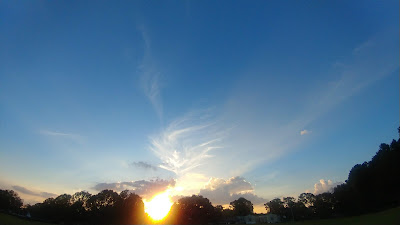 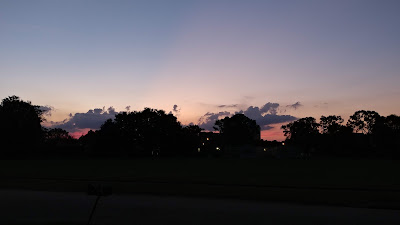 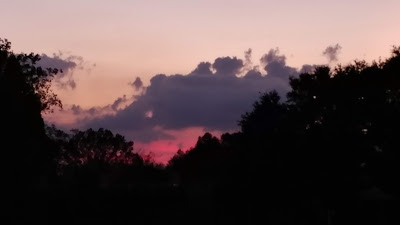 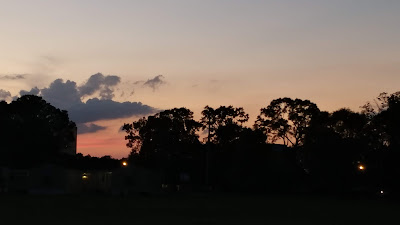 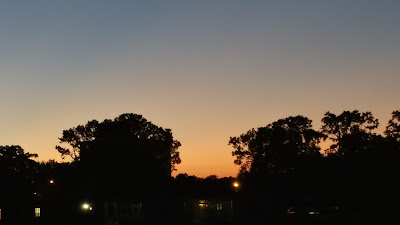 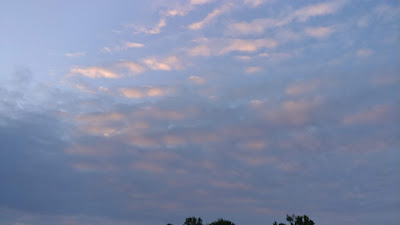 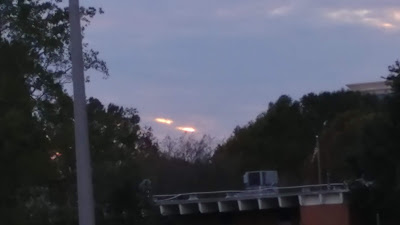 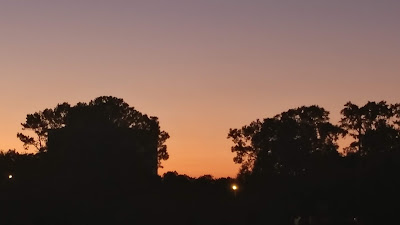 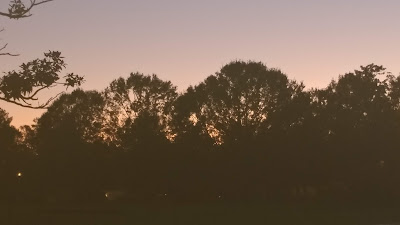 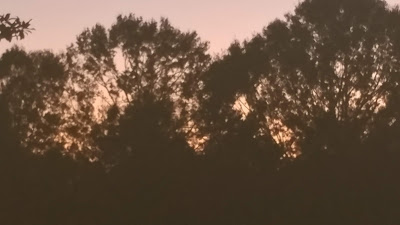 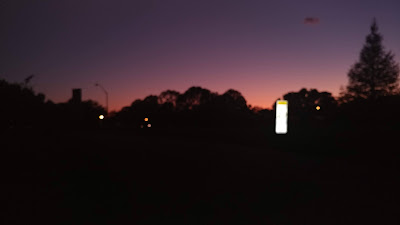 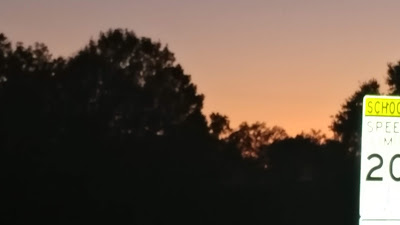 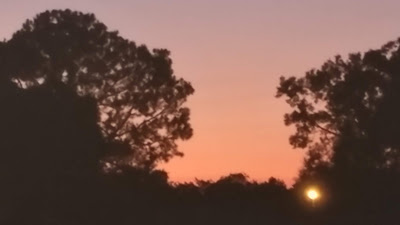 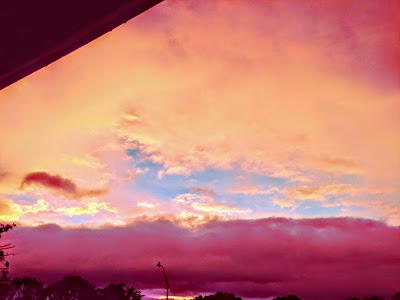 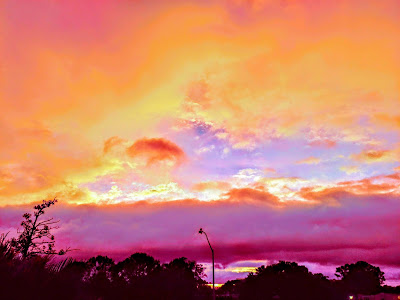 National Hunger and Homelessness Awareness Week -- US (remembering those who have little or nothing during the upcoming holiday celebrations, and making time to share our bounty with them; through the 22nd)

youthamism cracked me up.
And I adore skyscapes. Huge thanks to you and your sweetie.

Happy Birthday Lil' Lee, you made us laugh out loud! The sky photos are beautiful!

Love the blaster misunderstanding, and as for the photos, stunning!

Wow, a few of them look like the sun is falling rather than setting. Beautiful. I was photographing the sky last night.

A sky bird! Thank you it's so beautiful. And thanks for the laughter, too.

Ha ha haaa...we also had funny moments when our boys mispronounced some words when they were learning to talk. Beautiful sky shots.

I almost spit out my tea laughing at 'hammydowns'. When Tee grows up and has his own children he will find out just how much a little baby can cost.
Love the amazing sunset photos.