Not Always What It Seems (Cajun Joke) and Sunday Selections

Yesterday i took the bread Bigger Girl sent in the mail with me to Grandma and Grandpa's house.  She'd wanted them to be able to try it.

It was an organic tomato basil sourdough.  Sweetie thought it was splendid, and i enjoyed the first slice but held off after that to make sure there'd be plenty to take to NOLA.

Miss Eva gave it a big thumbs up, and Grandma was over the moon about it.  In fact, i ended up leaving almost all of it for her, as she'd already eaten 1/3 of the loaf by herself.

Grandpa had a slice even though he told us, "I'm allergic to organic stuff, cause that means it's healthy, and I'm allergic to healthy food."  He ate a very thin slice of the bread and said, "It's not too bad, but I certainly don't want any more!"

Clothile done decide to put de fam'ly on de health food.  She done be searchin' ways to make de food dey eat more healthy, and puttin' mo' veg'table on de table.  When Tee done argue wit' her dat he don' like it, she done tole him dat he need to grow up healthy an' to do dat he done need to eat healthy so he can live him a long life.

One day, Tee done see Boudreaux shakin' hims head at some o' what be on de table, and when Clothile done gone in de kitchen to get som'pin, he say, "Père, do it be true dat when you eat de healthy food, you lives longer?"

An' Boudreaux done shake hims head an' say, "Mais, it sure seem longer!"

Bigger Girl's bread arrived in an oversized box and i had a slice right away, then took most of the rest to NOLA. 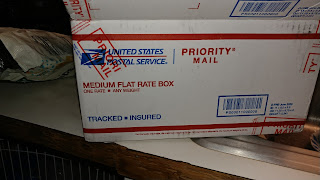 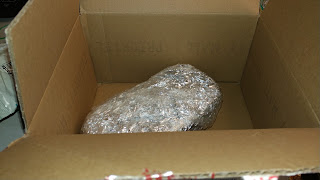 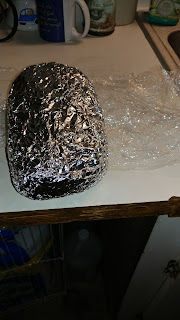 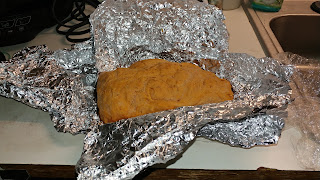 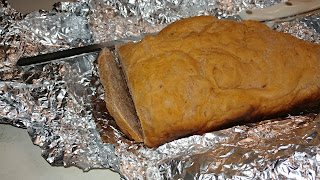 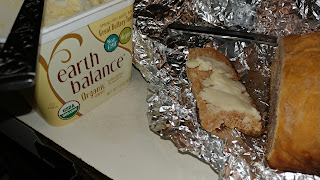 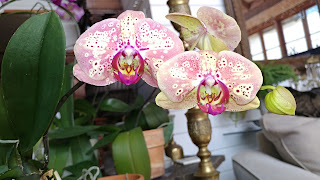 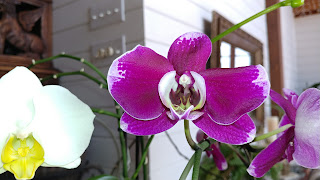 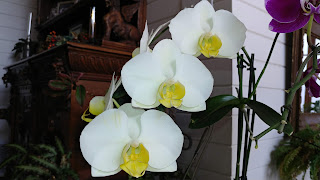 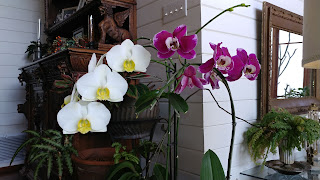 The Ice Storm left a lot of damage to gardens and plants, but some of it is recovering (and the weeds didn't even notice!). 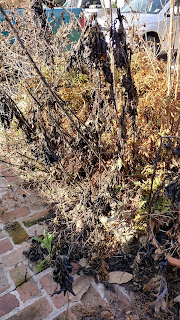 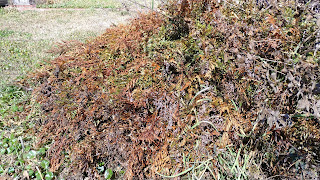 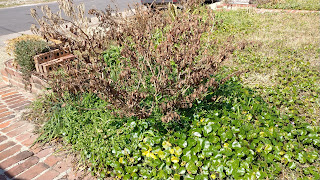 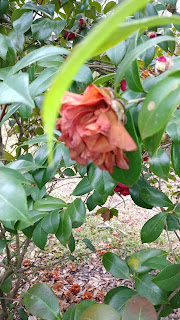 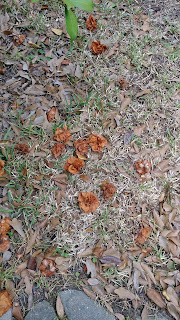 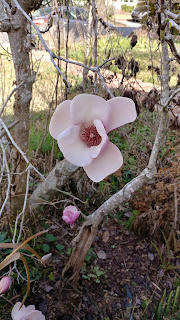 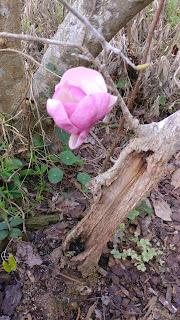 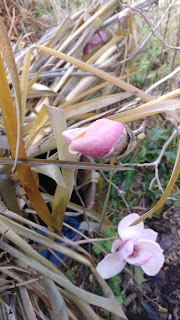 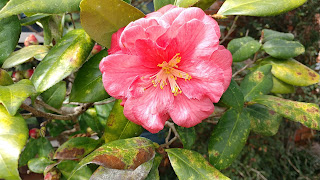 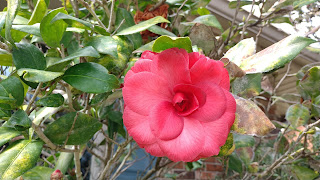 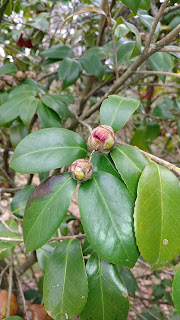 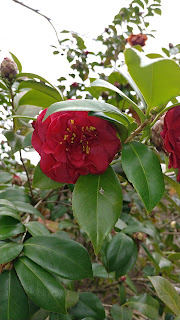 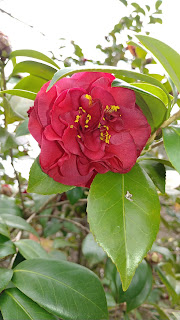 Celebrate Your Name Week -- Sunday:  Namesake Day, a day to think about how you got your name (week begun in 1997 by onomatology hobbyist Jerry Hill)

Girl Scout Sunday -- US (encouraging Girl Scouts to wear their uniforms to church services and represent their troop to their congregations; the first day of Girl Scout Week in the US)

Meatfare Sunday -- Orthodox Christian (final day on which meat may be consumed before the Lenten fast); related event:

Maslenitsa -- Russia (between Meatfare Sunday and Cheesefare Sunday is Butter Week or Pancake Week, when you stuff yourself before the Orthodox Church Great Lent)

National Words Matter Week -- US (focusing on the importance of words, particularly the written word; week originally sponsored by The National Association of Independent Writers and Editors)

Festival of Junonalia -- for Juno

Festival for Vedovus -- god of the dead, swamps, and volcanic movements

World Folk Tales and Fables Week -- encouraging all people to explore the cultural background and lessons learned from folk tales, fables, myths, and legends from around the world; originally sponsored by Language Lizard

Roman Emperor Constantine I decrees that the dies Solis Invicti (sun-day) is the day of rest in the Empire, 321

King Henry VIII's divorce request is denied by the Pope; Henry then declares that he, not the Pope, is supreme head of England's church, 1530

Massachusetts enacts the first bicameral legislature in the colonies, 1664

The French army enters Rome: the birth of the Roman Republic, 1798

The City of Lábrea in Amazonas, Brazil was founded, 1886

Divers from the USS Preserver locate the crew cabin of Challenger on the ocean floor, 1986

The U.S. Supreme Court rules that parodies of an original work are generally covered by the doctrine of fair use, 1994

British House of Commons votes to make the upper chamber, the House of Lords, 100% elected, 2007

Malta's famous landmark the Azure Window collaspes into the sea after a storm, 2017