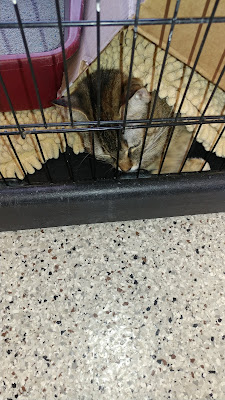 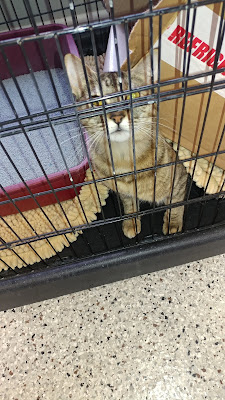 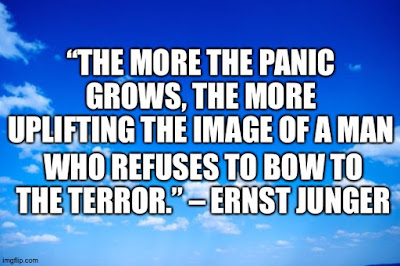 Poetry Monday was started by Diane at On The Alberta/Montana Border.  Jenny at Procrastinating Donkey is on a blog break and is sorely missed.   Charlotte/Mother Owl always participates, and now Karen at Baking in a Tornado is jumping in some weeks as well.  Spike's Best Mate often leaves a wonderful poem in the comments on one of our blogs.

This week the theme is Peanut Butter Day.

Don't knock it 'til you've tried it,

When served in lots of different ways,

And even over rice.

Just get some on a spoon

When your energy is low,

Ready to get up and go.

It's an all time favorite

And adds a flavor bold,

For PB, you're never too old.

Baba Marta Day -- Bulgaria (Grandmother Spring Day, martenitsa are worn until you see a stork or a tree blooming.)

Be Positive, Do Something Positive Day -- the way to start Optimism Month

Chalandra Marz -- Engandine, Switzerland (various cities of this province have the traditional spring event where costumed young people, ringing bells and cracking whips, drive out the demons of winter)

First Day of Autumn -- Australia (they go by months, not equinoxes, like the rest of the world used to)

Humorists Are Artists Month begins -- any coincidence this spells HAAM?

Martisor -- Romanians and Aromanians, especially in Romania and Moldova (similar tradition to Baba Marta; first days of March are Zilele Babei, Days of the Old Woman, when Old Woman Winter, Baba Dokia, who lives in the mountains, might come back with ferocity.)

National Pig Day -- sponsored by Ellen Stanley and Mary Lynne Rave, who want you to know that pigs are amazing animals that place fourth on the animal intelligence list!

Navii's Day / Vjunitci -- Asatru/Slavic Pagan Calendar (a Day of the Dead, bringing sacrifices and inviting the ancestors to attend the feast)

Chalanda Marz -- Kalends of March (now a festival in Egandine, Grisons Canton, Switzerland, in which the children ring bells to ring out the winter)

Renewal of the Vestal Fire

Peanut Butter Lovers' Day -- according to some foodie sites

Plan a Solo Vacation Day -- Solo Travel Portal wants you to dream big and plan what you would do if you could get away, solo.

ReFIRED, Not Retired Day -- the day to get Fired Up about Life, Part II; you aren't retired, you are reFIRED!

Self-Injury Awareness Day -- International (for information about self-injury, or to get started getting help, go here)

St. David of Wales' Day (Patron of doves; Patron of Wales, where it is called Dydd Gwyl Dewi Sant)

Time for a Cuppa -- UK (raising awareness of dementia and raising funds for research; through March 8)

Romulus, first king of Rome, celebrates the first Roman triumph after his victory over the Caeninenses, following the Rape of the Sabine Women, BC752

Lucius Cornelius Sulla, at the head of a Roman Republic army, enters Athens, BC86

The Unitas Fratrum is established in the village of Kunvald, on the Bohemian-Moravian borderland. It is to date the second oldest Protestant denomination, 1457

23 Huguenots are massacred by Catholics in Wassy, France, marking the start of the French Wars of Religion, 1562

The Uppsala Synod is summoned to confirm the exact forms of the Lutheran Church of Sweden, 1593

Samuel de Champlain reclaims his role as commander of New France on behalf of Cardinal Richelieu, 1633

Sarah Goode, Sarah Osborne, and Tituba are arrested for witchcraft in Salem, Massachusetts, 1692

"The Spectator" begins publishing, in London, 1711

The first US census is authorized, 1790

Napoleon returns to France from his banishment on Elba, 1815

Battle of Adwa, Abyssinia (Ethiopia) defeats invading Italians, the first defeat of a colonizing European nation by an African colony, 1896

Albert Berry makes the first parachute jump from an airplane, 1912

The Republic of China joins the Universal Postal Union, 1914

The March 1st Movement, demonstrations for independence from Japan, begins in Korea, 1919

Chiang Kai-shek resumed the presidency of National China on Formosa, 1950

The Castle Bravo, a 15-megaton hydrogen bomb, is detonated on Bikini Atoll in the Pacific Ocean, resulting in the worst radioactive contamination ever caused by the United States, 1954

The Peace Corps is established, 1961

Villarrica Volcano begins a strombolian eruption causing lahars that destroy half of the town of Coñaripe, Chile, 1964

Bosnia and Herzegovina declares its independence from Socialist Federal Republic of Yugoslavia, 1992

The Envisat environmental satellite successfully reaches an orbit 800 kilometers (500 miles) above the Earth on its 11th launch, carrying the heaviest payload to date at 8500 kilograms (9.5 tons), 2002

The International Criminal Court holds its inaugural session in The Hague, 2003

The discovery of the gene for grey hair (IRF4) is announced by Scientists from University College London in "Nature Communications", 2016

The earliest evidence for figural tattoos (bull and sheep) on two naturally mummified bodies from Egypt’s predynastic period (3351-3017BC) is published in "Journal of Archaeological Science", 2018