Like good children, after Sweetie and i cleaned Grandma's house yesterday, as many of the family as can will gather for Mother's Day lunch.  It will be a casual, come and go as you can day, and when Grandma says, "Let me nap!" we'll call time.

Clothile done be wit' Tee at de playgroun', an' Tee be rougarouin' [misbehaving], an' Clothile done havin' big trouble.  She fin'ly point to a li'l boy who be playin' nice an' she say, "Look!  Dat garçon not be actin' up, he be behavin' real good!"

Happy Mother's Day to all who celebrate!

Our ladies' meeting this past week was at one of the apartment complexes for seniors, and there is some beautiful artwork there, including art and quilts from the residents. 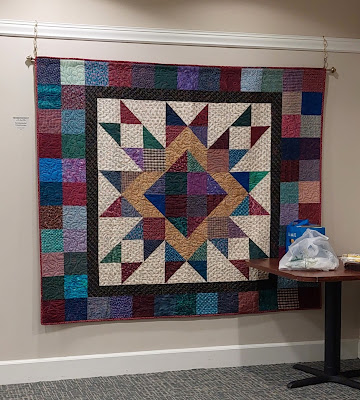 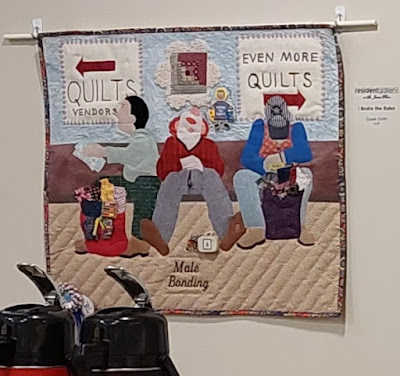 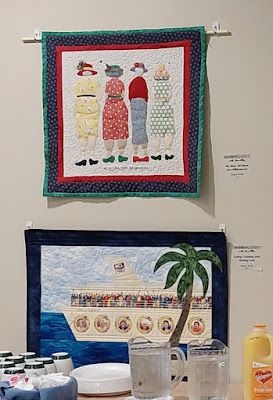 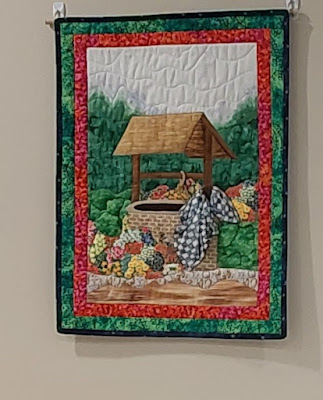 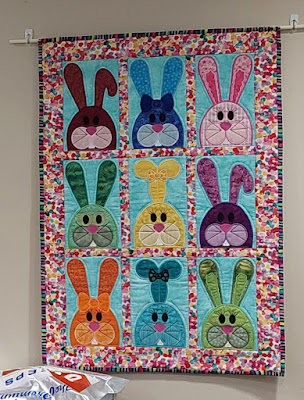 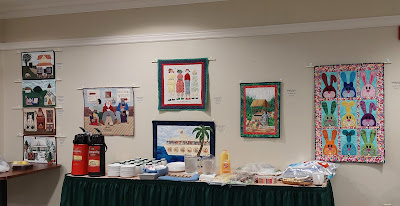 There is also a coloring page and markers on the wall, anyone is welcome to pick up a marker and color as much and as long as they like.

Spring and sky photos, and a mailbox that i liked, just because.