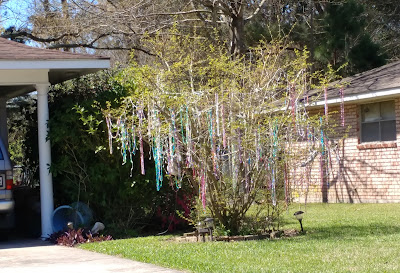 Words for Wednesday is a moveable feast of word or picture or music prompts that encourages us to write stories, poems, or whatever strikes our fancy.  This month, the prompts are being posted by Delores at Mumblings.

Standing on the TARMAC, she listened to the WHINE of the approaching engines and tried to calm her JITTERS.

Remember, she told herself, this is just another BELLICOSE executive with an ENORMOUS ego, the kind that DANGLE a carrot to make you think you will be moving up, then MANGLE your hopes.

Once you get through today, this type of boss will be a VESTIGE of your past.  Don't DITHER, put some SPARK in your voice, take her to the LOBBY and by the time you and the rest of the new people are done, she will be the one left behind, STUMPED about what happened and how.

You can do this!

Roman Emperor Constantine I decrees that the dies Solis Invicti (sun-day) is the day of rest in the Empire, 321
King Henry VIII's divorce request is denied by the Pope; Henry then declares that he, not the Pope, is supreme head of England's church, 1530
Massachusetts enacts the first bicameral legislature in the colonies, 1664
The French army enters Rome: the birth of the Roman Republic, 1798
Shrigley Abduction: Ellen Turner is abducted by Edward Gibbon Wakefield, a future politician in colonial New Zealand, 1827
Charles Miller patents the first US sewing machine to stitch buttonholes, 1854
The City of Lábrea in Amazonas, Brazil was founded, 1886
Roald Amundsen announces that, on Dec. 14, 1911, his expedition had reached the South Pole, 1912
An 8.0 earthquake strikes Tango, Japan, 1927
Bloody Sunday:  Alabama state troopers and 600 black protestors clash in Selma, 1965
Divers from the USS Preserver locate the crew cabin of Challenger on the ocean floor, 1986
The U.S. Supreme Court rules that parodies of an original work are generally covered by the doctrine of fair use, 1994
British House of Commons votes to make the upper chamber, the House of Lords, 100% elected, 2007
The largest solar flare in five years, occurring March 6, 2012, nears the Earth, threatening to disrupt airline flights, GPS systems and power grids, 2012
Posted by messymimi at 12:00 AM