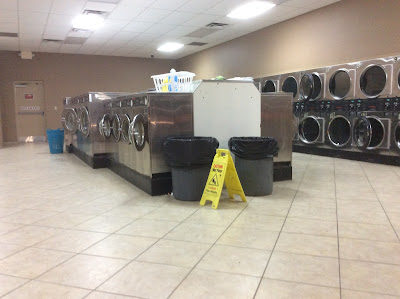 Words for Wednesday is a moveable feast of word or picture or music prompts that encourages us to write stories, poems, or whatever strikes our fancy.  This month, the prompts are being posted by Delores at Mumblings.

Here are this weeks prompt words:

It's supposed to be spring! he thought to himself as he kicked at the DUSTING of snow that covered a CORNFLOWER.

He could decide to stand outside, shivering, and try to figure out if someone was to BLAME for the new CONFIGURATION of weather patterns, but somehow he knew better.  His DESTINY was not to SPEND hours trying to pin blame because all he would come up with is a BLANK.   It's everyone's fault, he knew, and no one's.  Seeking to pin blame would simply lead to a JAUNDICED view of the world, and he already had enough of that.

Instead, he headed indoors to the smell of TASTY MINCED meat pies baking in the oven, PLUMP and full of goodness.  Dinner first, thinking deep thoughts AFTERWARD.

Common Courtesy Day -- commonly listed on this day on many sites, with no origin given, but it's not a bad idea!

Harmony Day -- Australia (managed by the Department of Immigration and Citizenship)

International Day for the Elimination of Racial Discrimination -- UN

Memory Day -- internet based, to examine the use of memory aids throughout history

National Common Courtesy Day -- guess it's not so common any more, someone had to declare a holiday to try to foster some

National Single Parent Day -- US (by Presidential designation in 1984)

Paper Dress Day -- the paper dress was introduced as part of an ad campaign by the Scott Paper Co. on this day in 1966

Single Parents' Day -- sponsored by Parents Without Parners, on the date of their inception in 1957

World Forest Day/International Day of Forests and the Trees -- UN

The Byzantine emperor Heraclius restores the "True Cross" to Jerusalem, 630
Accession to the throne of Japan by emperor Antoku, 1188
3,000 Jews are killed in the Black Death riots in Efurt, Germany, 1349
n Oxford, Archbishop of Canterbury Thomas Cranmer is burned at the stake, 1556
Czar Peter the Great begins his tour through West, 1697
Fire destroys 856 buildings in New Orleans, Louisiana, 1788
With the church leadership driven out of Rome during an armed conflict, Pius VII is crowned Pope in Venice with a temporary papal tiara made of papier-mâché, 1800
Code Napoléon is adopted as French civil law, 1804
The Bahá'í calendar begins, 1844
An earthquake in Tokyo, Japan kills over 100,000, 1857
The Zoological Society of Philadelphia, the first in the US, is incorporated, 1859
Journalist Henry Morton Stanley begins his trek to find the missionary and explorer David Livingstone, 1871
Loretta Walsh becomes the first female US Navy Petty Officer, 1917
Charles Lindbergh is presented the Medal of Honor for his first trans-Atlantic flight, 1928
Shah Reza Pahlavi formally asks the international community to call Persia by its native name, Iran, which means 'Land of the Aryans,' 1935
Alan Freed presents the Moondog Coronation Ball, the first rock and roll concert, in Cleveland, Ohio, 1952
Martin Luther King Jr. leads 3,200 people on the start of the third and finally successful civil rights march from Selma to Montgomery, Alabama, 1965
The first Earth Day proclamation is issued by San Francisco Mayor Joseph Alioto, 1970
Canadian paraplegic athlete and humanitarian Rick Hansen begins his circumnavigation of the globe in a wheelchair in the name of spinal cord injury medical research, 1985
Bertrand Piccard and Brian Jones become the first to circumnavigate the Earth in a hot air balloon, 1999
The first full face transplant is performed by surgeons at the Brigham and Women's Hospital in Boston, Massachusetts, 2011
Australia's Prime Minister Julia Gillard formally apologizes to people affected by forced adoptions during the 1950s through 1970s, 2013
Posted by messymimi at 12:00 AM