Just because Sandee of Comedy Plus has quit hosting a Silly Sunday blog hop, don't expect me to quit telling Cajun jokes.

One of the best things about my recent "procedure" was that i ended up having a day off work.  Once you've been sedated, you really can't do much for the rest of the day.

Boudreaux done call de boss one day an' say, "Boss, I cain't be comin' in to work today, I done gots me a medical problem."

An' de boss be real concern an he ax, "Boudreaux, what be wrong wit' you?"

An' Boudreaux he say, "Well, I done gots me a vision problem."

An' Boudreaux say, "Mais, non, it jes' be dat I cain't see myself comin' in to work today!"

Little Girl and Daughter-in-Law Becky wanted to have a party. 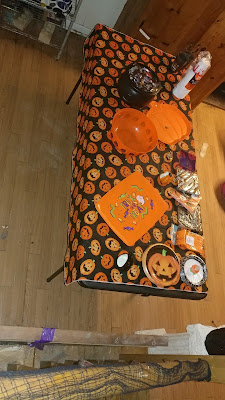 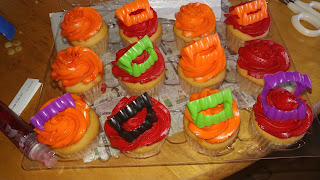 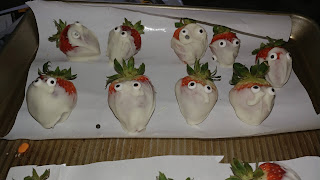 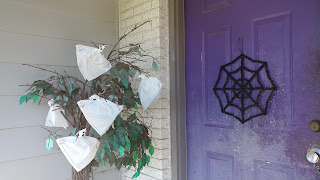 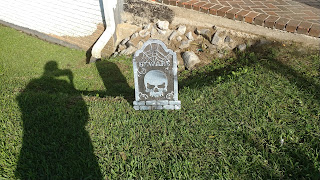 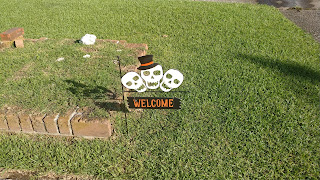 It was only eight people, but they had a great time.

Pastoral Care Week begins -- honoring all clergy who provide spiritual help and care, they need recognition and care themselves; this year's theme is "Hospitality:  Cultivating Time"

Sultan Kilidj Arslan of Nicea defeats 1st Crusaders, 1096
Martin Luther joins the theological faculty of the University of Wittenberg., 1512
Ferdinand Magellen arrives at Tierra Del Fuego (Pacific Ocean), 1520
Sea battle at Dunes, Lt Admiral Maarten Tromp defeats Spanish Armada under De Oquendo, 1639
First display of the word "Liberty" on a flag, raised by colonists in Taunton, Massachusetts and which was in defiance of British rule in Colonial America, 1774
US Navy frigate Constitution, Old Ironsides, launched in Boston, 1797
Battle of Trafalgar, Adm Nelson defeats French & Spanish fleet & dies, 1805
The Penang Free School is founded in George Town, Penang, Malaysia, by the Rev Hutchings. It is the oldest English-language school in Southeast Asia, 1816
Joseph Aspdin patents Portland cement (Yorkshire England), 1824
Thomas Edison perfects carbonized cotton filament light bulb, 1879
First transatlantic radiotelephone message, Arlington, Va to Paris, 1915
Women are allowed to vote in France for the first time, 1945
Comet Ikeya-Seki approaches perihelion, passing 450,000 kilometers from the sun, 1965
The European Patent Institute is founded, 1977
The metre is defined at the seventeenth General Conference on Weights and Measures as the distance light travels in a vacuum in 1/299,792,458 of a second, 1983
Images of the dwarf planet Eris are taken and subsequently used in its discovery by the team of Michael E. Brown, Chad Trujillo, and David L. Rabinowitz, 2003
The European Parliament awards Cuban Dissident Guillermo Farinas the Sakharov Prize for Freedom of Thought, 2010
Kateri Tekakwitha canonized as the 1st Native American saint by Pope Benedict XVI, 2012
The Parliament of Canada confers Honorary Canadian citizenship on women's rights and education activist Malala Yousafzai, 2013
Oscar Pistorius is sentenced to five years in prison for killing his girlfriend Reeva Steenkamp, 2014
The Spanish government suspends Catalonia's autonomy in the face of a deepening political crisis over the region's push for independence, 2017
Posted by messymimi at 12:00 AM

Eight people sounds like the perfect number for a party to me. Glad that they enjoyed it.

Mimi, I wasn't ready for that comment at the end of your joke. I laughed out loud some much that my wife thought something had happened to me. I love Boudreaux. See ya.

Well, every day is Babbling Day around here so what are my other choices, again? Hmmm... chick peas or cheesecake...
That isn't really a fair contest, is it?

MOL! That vision problem is the purrfect excuse!

Glad you got through it all OK :-)

LOL well Boudreaux was only telling the truth heheh!

That looked like a nice party loved those orange cakes I hope they saved me one haha!

Happy Day to you,
A ShutterBug Explores,
aka (A CreativeHarbor)

Great Party and what a great joke!
Thanks for sharing!
Purrs
Marv