A young friend of ours has been having his share of love life troubles.  He went on one of those dating sites and made arrangements for a date.  To put it kindly, the young lady had used someone else's picture.  He was not impressed or amused, and we had a good, long talk about how some people are not what they appear to be.

Boudreaux done be talkin' to hims frien' from way up north in Shreveport, Jake, 'bout some people dey done know.

An' Jake say, "Yes, their dads were brother and sister."

An' Boudreaux look at Jake an' laugh.  "Dat be de funny way to say it."

So Jake say, "Well, of course they were brothers, but one of them was a secret cross dresser."

Den Boudreaux come back an' say, "Mais, you mean he be de trans parent?"

An' Jake say, "Yes, and everyone saw right through him!"

Mr. BA has been renovating and repainting his front porch.


Once he is done with the last coat of paint and brings the swing back down, i will show a final picture.  Meanwhile, i will also add a few pictures from his garden that i spent weeding yesterday. 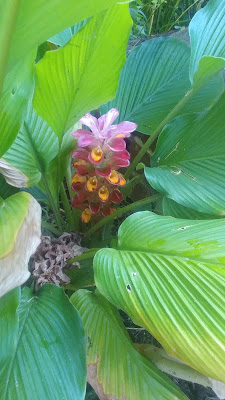 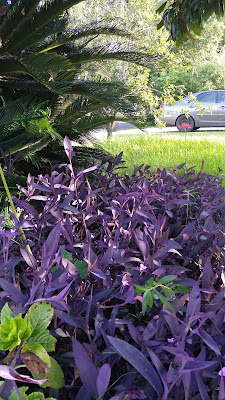 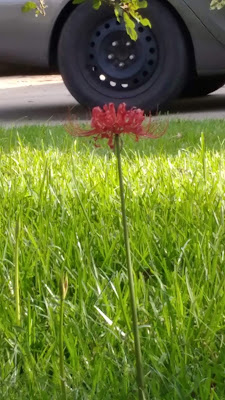 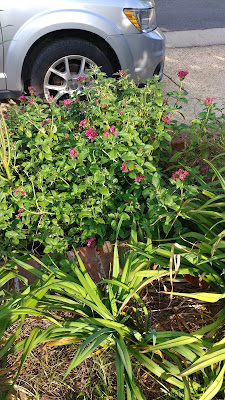 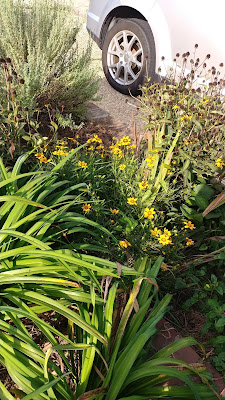 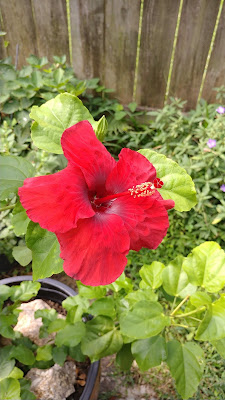 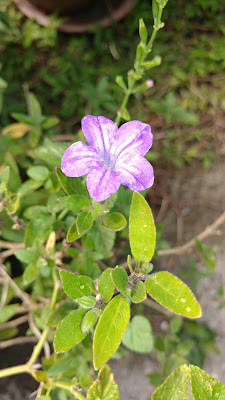 National Back to Church Sunday -- US (encouraging every church goer to invite just one person to come along, as studies show many people say they would go, if they were invitied)

National Neighborhood Day -- US (The Good Feeling That Lasts All Year)

The first non-aristocratic, free public school in Europe is opened in Frascati, Italy, 1616
The French army under Napoleon reaches the Kremlin in Moscow, 1812
The first Negro National Convention begins in Philadelphia, 1830
The locomotive John Bull operates for the first time in New Jersey on the Camden and Amboy Railroad, 1831*
HMS Beagle, with Charles Darwin aboard, reaches the Galápagos Islands, 1835
Antoinette Louisa Brown Blackwell becomes the first woman in the US to be ordained a minister (Congregationalist), 1853
Timothy Alder patents the typesetting machine, 1857
RCA releases the 12AX7 vacuum tube, 1947
United Nations gives Eritrea to Ethiopia, 1952
The Soviet ship Poltava heads toward Cuba, one of the events that sets into motion the Cuban Missile Crisis, 1962
*The John Bull becomes the oldest operable steam locomotive in the world when the Smithsonian Institution operates it under its own power outside Washington, D.C., 1981
Vanuatu becomes a member of the United Nations, 1981
Lehman Brothers files for Chapter 11 bankruptcy, the largest bankruptcy filing in U.S. history, 2008
In Australia, "Indeterminate" can now be listed on a passport as a gender, 2011
A previously unknown species of bottlenose dolphin is found by Australian researchers, and named Tursiops australis, 2011
Japan switches off its last working nuclear reactor, 2013
Archaeologists document their find of the oldest-known brewery and the remains of 13,000-year-old beer in a cave in Haifa Israel, belonging to the nomadic Natufian people, 2018
Posted by messymimi at 12:00 AM