Grandma and Grandpa had some trouble on their glass porch, what some would call a three season porch (although you can use it year 'round down here).  The company that originally built the wall that turned it from a patio to a room did a lousy job.  It has leaked ever since, the wall mostly rotted, and they finally found a good contractor to repair it.  The floor to ceiling windows were salvaged, but new concrete has assured no more water, and the rebuilding is solid.

De contractor let him, an' he come back an' tell Clothile, "He be de one!"

After dey sign de paper an' de contractor leave, Clothile say, "Boudreaux, what make you decide he be de bes' contractor after all de rest o' dem done been out here?"

An' Boudreaux say, "I done look in his truck."

So Clothile say, "He done keep de truck neat, so he be a good worker who take care his stuff?"

An' Boudreaux say, "Mais, all he done have in de firs' aid kit be napkins from de HubbaHubba Lounge an' de roll o' duct tape.  Dat be a good contractor!"

The pictures are from the recent work at Grandma and Grandpa's house.  While i tried to get the pictures in some semblance of order, the technolgoy was not cooperative.  The gist of it comes through anyway, i think. 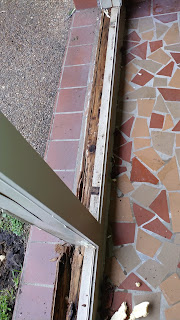 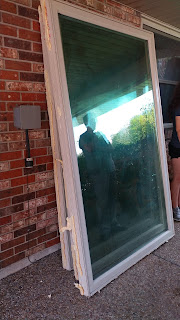 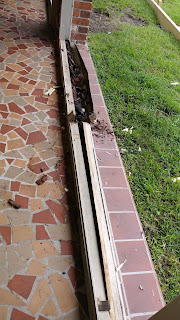 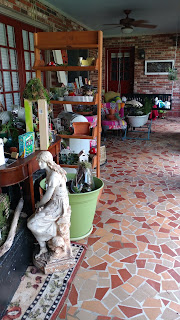 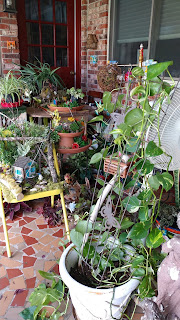 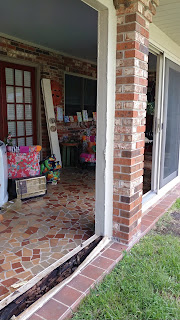 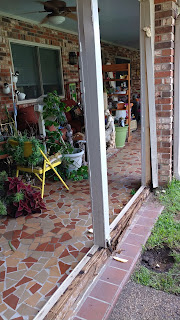 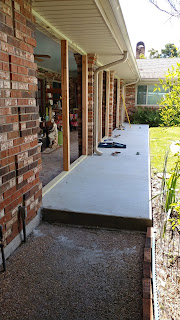 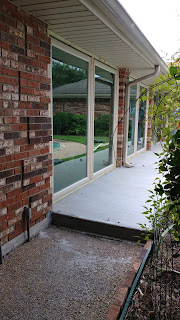 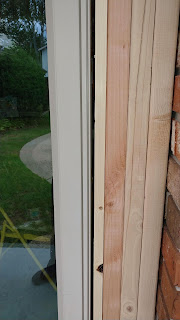 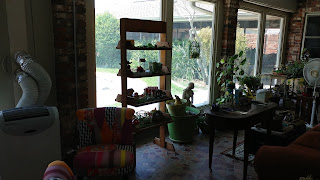 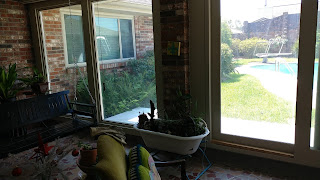 Grandparents' Day -- US (but if you have fabulous grands in your family, feel free to observe anywhere)

Homesteader Day Harvest Festival -- Brandon, SD, US (re-creation of the harvest in the pioneer days)

Pet Memorial Day -- US, but everyone who has ever lost a pet, feel free to observe

Pet Rock Festival -- North Grafton, MA, US (a family friendly festival, bringing together animal welfare activists, shelter workers, and families to promote pet adoption and help the public understand what these organizations do)

XTERRA Trail Run Nationals -- Ogden/Snowbasin, UT, US (finale of the series of extreme runs held across the country through the year, featuring 21k of extreme, off-road trail runs; through tomorrow)

The Statute of Kalisz, guaranteeing Jews safety and personal liberties and giving battei din jurisdiction over Jewish matters, is promulgated by Boleslaus the Pious, Duke of Greater Poland, 1264
Michaelangelo's David is unveiled in Florence, 1504
St. Augustine, FL, becomes the first permanent European settlement of the New World, 1565
The US "Pledge of Allegiance" makes its first appearance in print, in the Youth's Companion, 1892
Galveston, TX, is struck by a hurricane and tidal surge that kill 6,000, 1900
First appearance of the comic strip "Blondie", 1930
3M begins marketing Scotch transparent tape, 1930
The original Star Trek series premiers, 1966
The Beatles perform their new hit "Hey Jude" as their last live TV performance on the David Frost show, 1968
Chinese athlete Wang Junxia sets a new women's 10,000 m world record of 29:31.78, breaking the former record by 42 seconds, 1993
Two EMERCOM Il-76 aircraft land at a disaster aid staging area at Little Rock Air Force Base; the first time Russia has flown such a mission to North America, 2005
Pakistan and India announce plans to mutually ease visa requirements, 2012
The government of Hong Kong backs down on plans to introduce Chinese patriotism classes in schools after weeks of protests, 2012
A giraffe DNA study published in "Current Biology" reveals that there are 4 species not just 1, as previously assumed, 2016
NASA launches the Osiris-Rex probe to retrieve a rock sample from the 500m-wide Bennu asteroid, 2016
Posted by messymimi at 12:00 AM