Boudreaux done be so mad!  He be stompin', an' growlin', an' Clothile done be at de wit end.  She done ax Thibodeaux to go see if'n he can fin' what be's wrong.

So Thibodeaux done go in an' see Boudreaux, an' he say, "Bou, you been on de tear, what in de worl' be wrong wit' you?"

An' Boudreaux say, "It be de calendar."

An' Thibodeaux say, "What you mean, de calendar?"

An' Boudreaux say, "So we be suppose to give up stuff an' be fastin', right?"

Yesterday was another productive day in Mr. BA's garden.  He cut overgrowth and i piled it up to be picked up on garbage day: 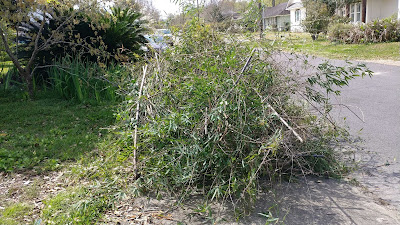 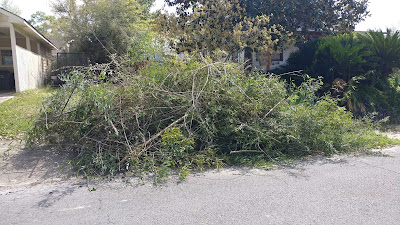 As is usual, his garden is beautiful: 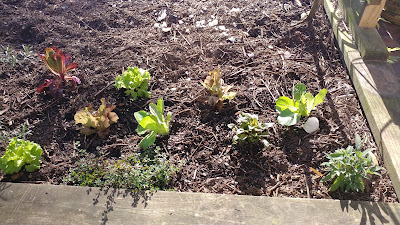 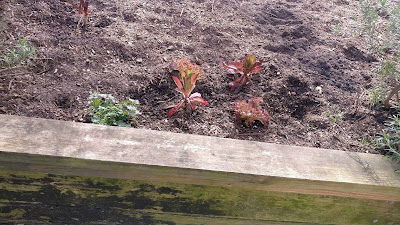 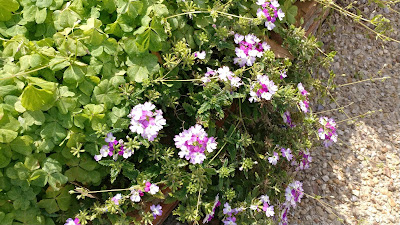 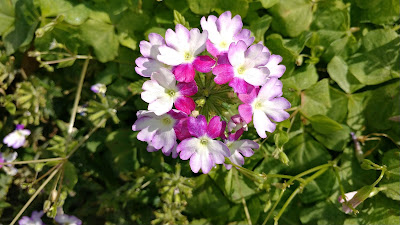 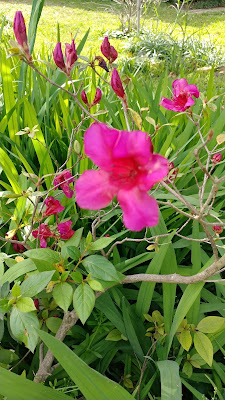 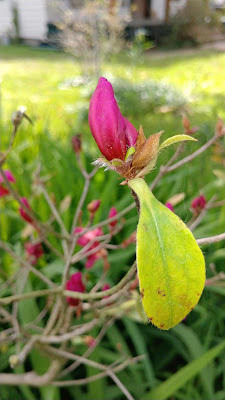 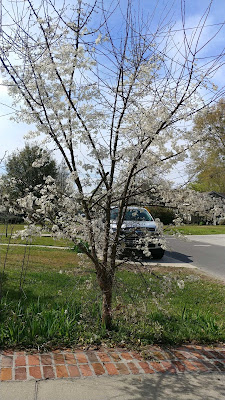 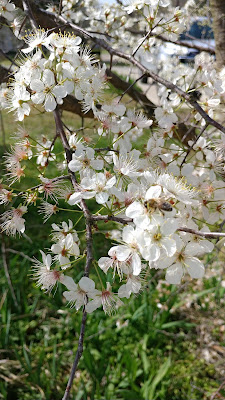 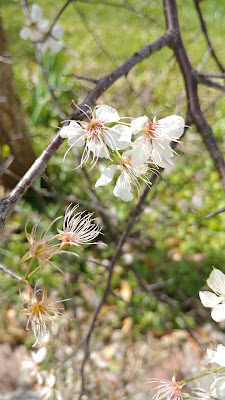 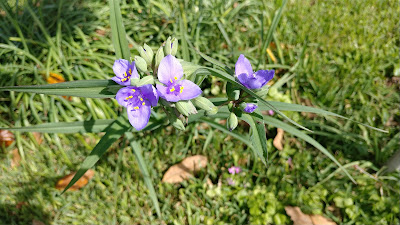 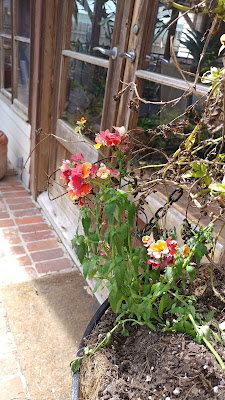 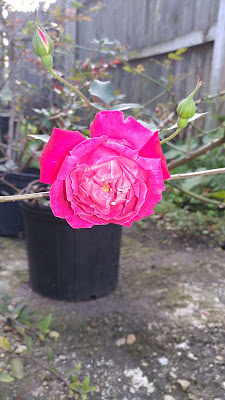 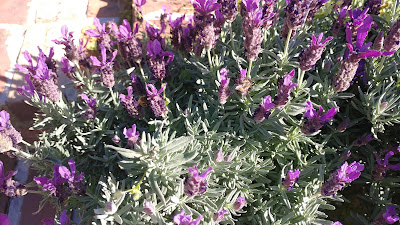 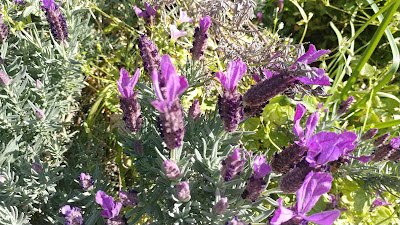 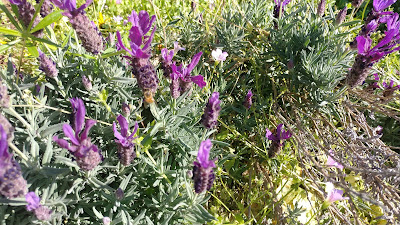 Daylight Saving Time -- if your area is observing this, it switched over at two o'clock this morning; if you are just finding this out, you are already late!
Check Your Smoke Alarms and Carbon Monixide Detectors Day -- make sure the batteries are fresh and that they are in good working order

Day of No Interest to Fairies -- Fairy Calendar

Girl Scout Sunday -- US (encouraging Girl Scouts to wear their uniforms to church services and represent their troop to their congregations; the first day of Girl Scout Week in the US)

Girls Write Now Day -- on International Women's Day, encouraging girls as the makers of future history to put pen to paper and make their voices heard

World Folk Tales and Fables Week -- encouraging all people to explore the cultural background and lessons learned from folk tales, fables, myths, and legends from around the world; originally sponsored by Language Lizard

William Claxton completes his translation from French into English of Mirror of the World; as England's first printer, he will soon turn this into England's first illustrated print book, 1481
John Casor becomes the first legally-recognized slave in what will be the United States, 1655
Anne Stuart, sister of Mary II, becomes Queen regnant of England, Scotland, and Ireland, 1702
Thomas Paine's "African Slavery in America," the first article in the U.S. calling for the emancipation of slaves and the abolition of slavery, is published, 1775
Gnadenhütten massacre: Ninety-six Native Americans in Gnadenhutten, Ohio, who had converted to Christianity are killed by Pennsylvania militiamen in retaliation for raids carried out by other Indians, 1782
The New York Stock Exchange is founded, 1817
The first train crosses the first US railway suspension bridge at Niagara Falls, 1855
Everett Horton of Connecticut patents a fishing rod of telescoping steel tubes, 1887
International Women's Day is launched in Copenhagen, Denmark, by Clara Zetkin, leader of the Women's Office for the Social Democratic Party in Germany, 1911
Mahatma Gandhi starts civil disobedience in India, 1930
Daytona Beach Road Course holds their first oval stock car race, 1936
Phyllis M Daley is the first black nurse sworn-in as US Navy ensign, 1945
Ghana joins the United Nations, 1957
The first radio episode of The Hitchhiker's Guide to the Galaxy, by Douglas Adams, is transmitted on BBC Radio 4, 1978
Philips demonstrates the Compact Disc publicly for the first time, 1979
Martina Navratilova becomes the 1st tennis player to earn $10 million, 1986
The Supreme Court of the United States upholds the murder convictions of Timothy McVeigh for the Oklahoma City bombing, 1999
The first comprehensive map of the debris field of the RMS Titanic is revealed, 2012
The Aboriginal DNA study by University of Adelaide shows that the Aboriginal population dates back 50,000 years from one migration, 2017
Posted by messymimi at 12:00 AM

There is a heap of work in getting/keeping a garden looking that good. I am glad he has your assistance.

Poor Boudreaux, please put an arm around his shoulders and whisper in his ears that Sundays and feast days means no fasting. He'll have to save the Girs scouts cookies for next Sunday ;)

LOVE to see the beautifully kept garden. And the blooms. We've just gotten back to winter, but I'm definitely missing the colours and fragrance!

P.S. I never get tired of Cajun jokes!

What lovely garden looks like he has been really busy and does a great job nice blooms :-)

Good one :) I bet a lot of people wonder that. Beautiful blooms.

Boudreaux had a very good point. And I fully enjoyed all of the flower pictures. I'm so ready for spring.