"Anything can become a routine and lose its luster," said with conviction.

"So what to do about it?" asked with concern.

"Shake it up, do things differently!  Break free from constraint and forge a new path," stated with vigor.

"And if you do that routinely, do you get tired of that as well?" asked with tongue-in-cheek and a grin.

With a heavy sigh, "Sometimes I don't like you very much!"

Linking up with Denise at Girlie On The Edge Blog, where she hosts Six Sentence Stories, and the cue is Routine. 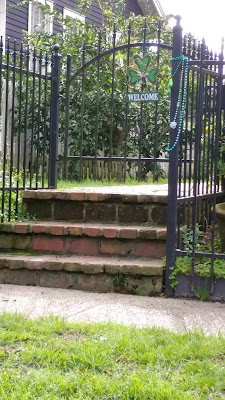 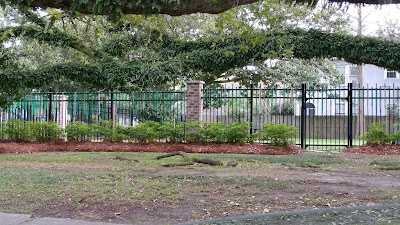 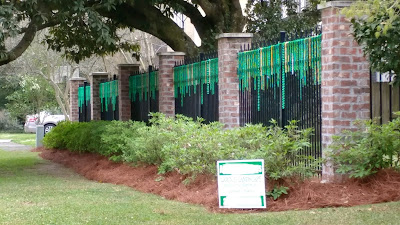 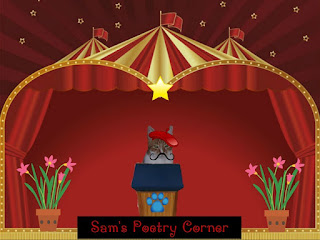 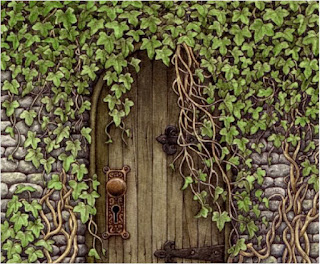 Behind my ivy covered door
Do I sit and think and read.
Since I'm not going anywhere,
The world past me does speed.

I'm here to offer quiet,
A time from the bustle away,
You are welcome to come visit,
An hour, or all the day.

You'll find you get refreshment
From sitting quiet with me,
We'll talk or not, as we decide,
And I will offer tea.

Everyone is welcome,
My door I never lock,
I'll show my books and treasures,
So please just simply knock! 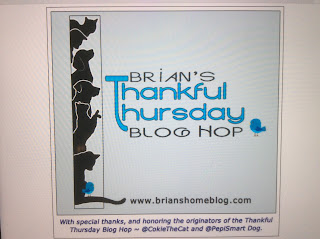 We are thankful that #2 Son, after moving to a new job at a different restaurant a couple of months ago, has already earned a promotion and is going to be helping open and manage their new location!

Alfred Hitchcock Day -- some internet sources say March 8, and no one knows who picked either day, but he is worth celebrating

Donkey Appreciation Day -- formerly celebrated, but the lowly donkey is no longer as indespensible as he was; if you share my fondness for beasts of burden, celebrate it anyway

Huddling of Fairies of the Third Flight -- Fairy Calendar

Louisiana Sportsman Show and Festival -- Gonzales, LA, US (boat show for NOLA, BR, and the Gulf Coast, and includes a jambalaya cook off; through Sunday)

Martyrdom of Hypatia of Alexandria -- in 415, she was murdered for the three crimes of being intelligent, female, and pagan

Plant a Flower Day -- US (sponsored by the National Wildlife Federation; now's a good time to give wildlife friendly perrenials a head start, starting them indoors if you have to)

Rio Grande Valley Livestock Show and Rodeo -- Mercedes, TX, US (through the 22nd)

St. Seraphina's Day (Patron of the disabled and handicapped, and of spinners)

Martyrdom of Hypatia of Alexandria, philosopher, 415
Witiges, king of the Ostrogoths ends his siege of Rome and retreats to Ravenna, leaving the city in the hands of the victorious Roman general, Belisarius, 538
Orvieto, Italy, rules it will behead and burn Jewish-Christian couples, 1350
Jews are expelled from Syria, 1496
New Jersey becomes an English colony, 1664
The first steam engine in America installed, to pump water from a mine, 1755
Andrew Watson makes his Scotland debut as the world's first black international football player and captain, 1881
In Vicksburg, Mississippi, Coca-Cola is sold in bottles for the first time, 1894
The first main line electric train in UK, from Liverpool to Southport, begins running, 1904
The Girl Guides (later renamed the Girl Scouts of the USA) are founded in the United States, by Juliette Gordon Lowe, 1912
The foundation stone of the new Australian capital in Canberra is laid, 1913
Mohandas Gandhi begins 200m (300km) march protesting British salt tax, 1930
The Truman Doctrine is proclaimed to help stem the spread of Communism, 1947
The Church of England ordains its first female priests, 1994
Former Warsaw Pact members the Czech Republic, Hungary and Poland join NATO, 1999
Financier Bernard Madoff plead guilty in New York to scamming $18 billion, the largest in Wall Street history, 2009
The U.S. Census Bureau reports the world now has 7 billion people, 2012
JOGMEC becomes the first to successfully extract methane hydrate from seabed deposits, 2013
Research shows Chinese cites have decreased pollution by 32 percent on average in just four years, 2018
Tens of thousands of farmers from Indian state Maharashtra end protests over loan waivers, prices and land rights after promises from state officials and walking 167km to Mumbai, 2018
Posted by messymimi at 12:00 AM

Smiling at your six sentence story - and I love your poem.

Wow ... you have excelled yourself with the fences today. I like iron fences. Did you know in London most garden fences in parks are painted green not yellow?

Sorry ... I meant to say "painted green not black".

Your fences are amazing, and your poem so nice; I want to come over for books, talks, silence, and tea.

That was a really good story and a fun poem. Hooray for #2 Son and congrats from all of us. Thanks for joining the Thankful Thursday Blog Hop!

love the six, love the poem (really good) love Liza Minelli and this was one of your best.

There's always someone who has to be a realist. Darn!

Routine can get boring. Love the poem and really love the thankful. Way to go.

Have a fabulous Thankful Thursday. Big hug my friend. ♥

Haha in the 6! Go figure ;) Liked your poem so much! And woohoo on those doors!

fence one is the fave; the poem is AWESOME ~~~~ and congra rats to your son...

Like the poem, if I would be brave enough I'd like to knock and go in.
Well done, Son #2, you must be so proud!

I love how you wrote this six, very creative :)

Love the poem......thanks for being part of our poetry fun on Thursdays!

A fun post, poem and story and everything else.

You packed so much into this post. Your six sentence story had me laughing, I love the fence pictures, especially the tree in the second one, and I see you wrote a poem like our Monthly Poetry Group did!

Excellent Six, Mimi. Love the format/setup.
Great fences! Your poem is, as usual, wonderful :)
Fantastic news about #2 son! Congratulations to him!

I love the image that inspired your pretty poem.

I did not know that Chinese cites have decreased pollution by 32 percent on average! Great looking fences, by the way.

#SSS. Bravo for the fun six! A wonderful structure and relatable characters, said with sincerity.