Just What It Says (Cajun Joke) and Sunday Selections

Grandma and Grandpa are stubbornly mis-communicating as usual, with each thinking the other simply does not listen or use their head.  Grandma has started, however, saying, “That’s all right, he does the best he can,” and letting it go.

Boudreaux be done had to stop him when he go pass Thibodeaux house an’ see de sign out front dat say, “Boat for Sale.”

Boudreaux jump him out de car an’ say, “Thibodeaux, what be wit’ dat sign?  You don’ got no boat!  All you gots out here be you ol’ pick-em-up truck with you ol’ drum set in de back.”

Just to be safe, yesterday at Grandma and Grandpa’s house i was gloved and masked and wore freshly sanitized garments, and i did not get too close to either of them as i cleaned.  At lunch, i went and ate in the formal dining room, where no one ever goes except on major holidays, so i could take the mask off and dine.

While in there, i started looking around that room and the chapel next to it, and i cannot remember if i showed some of these before.  If so, it’s been a while: 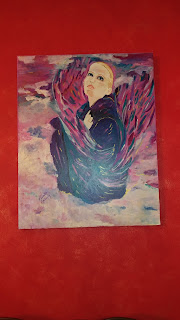 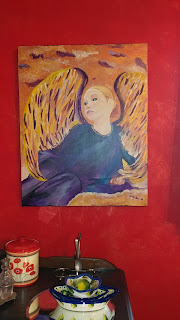 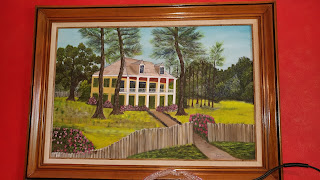 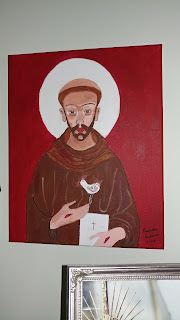 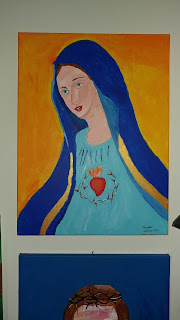 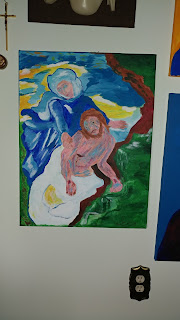 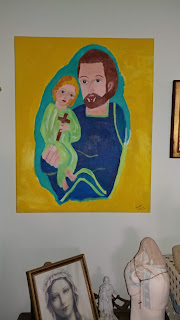 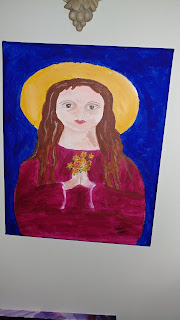 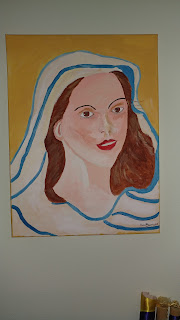 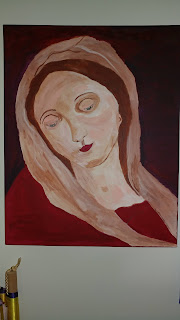 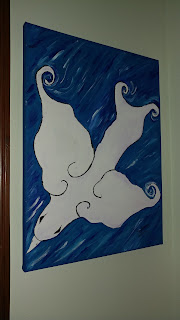 Borrowed Days begin -- old English/Scottish/Irish legends about how March borrowed the next 3 days from April; these are still seen as weather prognostication days based on several different legends

St. Armogastes of Africa's Day (Patron of the poor and torture victims; against poverty and torture)

St. Gladys' and St. Gwynllyw's Day (the Welsh "Bonny and Clyde", who led a life of crime before their conversion)

The city of Salvador da Bahia, the first capital of Brazil, is founded, 1549
Treaty of Saint-Germain is signed, returning Quebec to French control after the English had seized it in 1629, 1632
Swedish colonists establish the first settlement in Delaware, 1638
Ludwig von Beethoven, age 24, debuts as a pianist in Vienna, 1795
Construction is authorized of the Great National Pike, better known as the Cumberland Road, becoming the first United States federal highway, 1806
Niagara Falls stops flowing for 30 hours due to an ice jam, 1848
The United Kingdom annexes the Punjab, 1849
Ohio makes it illegal for children under 18 & women to work more than 10 hours a day, 1852
Queen Victoria gives Royal Assent to the British North America Act which establishes the Dominion of Canada on July 1, 1867
Queen Victoria presides over the opening of Albert Hall in London, 1871
The Knights of Columbus are established, 1882
Dr. John Pemberton brews the first batch of Coca-Cola in his back yard, 1886
The North American Radio Broadcasting Agreement goes into effect at 03:00 local time, 1941
Ethel and Julius Rosenberg are convicted of conspiracy to commit espionage, 1951
NASA's Mariner 10 becomes the first spaceprobe to fly by Mercury, 1974
The Canada Act 1982 (U.K.) receives the Royal Assent from Queen Elizabeth II, setting the stage for the Queen of Canada to proclaim the Constitution Act, 1982
Catherine Callbeck becomes premier of Prince Edward Island and the first woman to be elected in a general election as premier of a Canadian province, 1993
Bulgaria, Estonia, Latvia, Lithuania, Romania, Slovakia and Slovenia join NATO as full members, 2004
The Republic of Ireland becomes the first country in the world to ban smoking in all work places, including bars and restaurants, 2004
Thirty-five countries and over 370 cities join Earth Hour for the first time, 2008
A transistor-like transcriptor is built out of DNA and RNA molecules by American bioengineers at Stanford University, 2013
Egyptian president Abdel Fattah al-Sisi announces that Arab leaders will be combining their military resources to combat violence in the region; Saudi Arabia has already led joint forces in airstrikes on Shia Houthi rebels in Yemen, 2015
Posted by messymimi at 12:00 AM