Yesterday, Grandpa said something i did not hear and Grandma groused, "Why are  husbands always so negative?"

As he walked away, he jokingly shot back, "Because we like to be!"

Once he was a bit further on, Grandma turned to me and in a whisper said, "No, they just like to bug us!"

"I heard that!" Grandpa called from the other room.

With his hearing being what it is, he probably didn't hear it, but he knew from experience she was in there saying something, and he had to respond somehow.

Boudreaux an' Clothile done see a report  on de news dat a man dey know done got hisse'f arrest fo' beatin' hims wife.  Dey be talkin' 'bout it, and Clothile say, "He allus seem like a grouch, it don' surprise me, he be so negative all de time."

Tee done come in an' hear what day be sayin', an' he looks at hims Père an' say, "Père, t'ank you dat you allus treat my Mère right!"

An' Boudreaux done grin an' say, "You be welcome, garçon.  Mais, de only beat de husban' need to do be to beat hims wife in goin' to bed firs'!"

More attempts to photograph a bee: 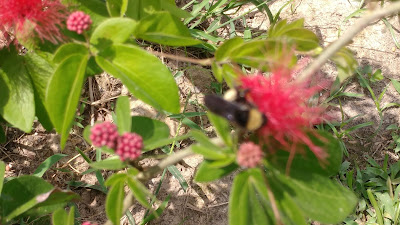 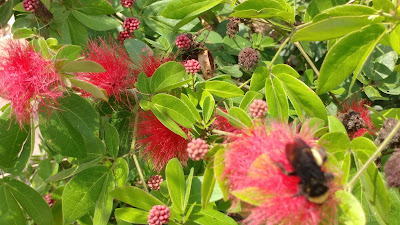 A few days ago, i went out the front door and looked at the field across the street and saw this: 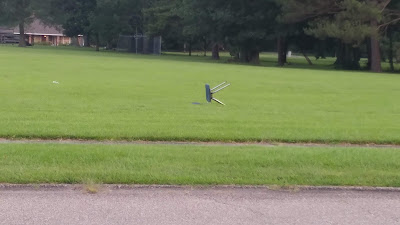 The next day, someone had moved it: 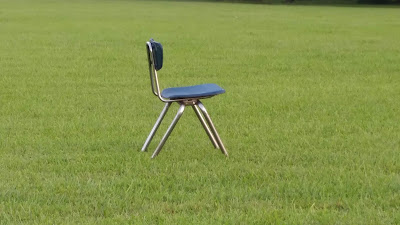 It disappeared after that, but i thought it was rather amusing.  At the edge that same field is the tree that sustained so much damage in the storm back in June.  It is still there, but it concerns me.  So many branches are broken i am wondering if it will start rotting from the inside, or get some kind of parasite or disease: 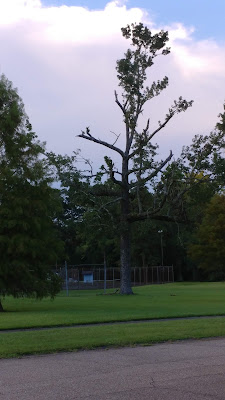 At Ms. SE's house last Thursday, i noted that you never know where you will find her shoes next: 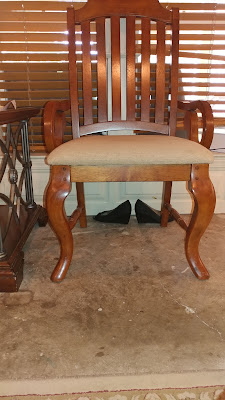 But that's okay, if she can't find that one pair, i'm sure she will find another: 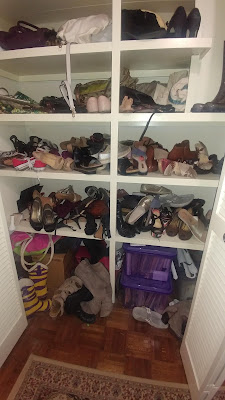 A couple of decorative items at Ms. GA's house: 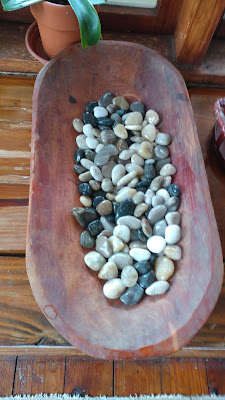 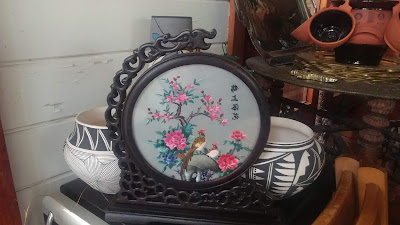 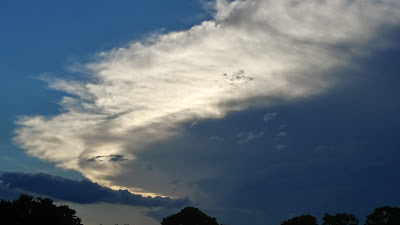 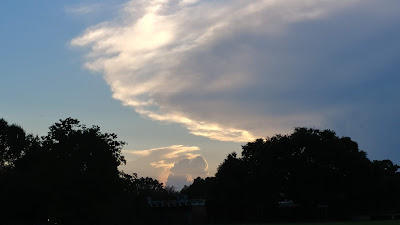 Elvis Presley Day -- can you believe he's been gone 39 years?

Henry VIII defeats the French at the Battle of Guinegate/Battle of the Spurs, forcing the French to retreat, 1513
Jack Broughton formulates the earliest code of rules for boxing, 1743
Chang and Eng Bunker, the original "Siamese" twins, arrive in Boston to be exhibited, 1829
U.S. President James Buchanan inaugurates the new transatlantic telegraph cable by exchanging greetings with Queen Victoria of the United Kingdom, 1858
Arica, Peru (now Chile) is devastated by a tsunami which followed a magnitude 8.5 earthquake, 1868
Gold is discovered in the Klondike, at Bonanza Creek, 1896
Edwin Prescott patents the roller coaster, 1898
In Valparaiso, Chile, an 8.6 earthquake followed by fire destroys the city and kills 20,000, 1906
The first color sound cartoon, called Fiddlesticks, is made by Ub Iwerks, 1930
Democrats nominate Adlai E. Stevenson as presidential candidate, 1956
Joseph Kittinger parachutes from a balloon over New Mexico at 102,800 feet (31,300 m), setting three records that still stand today: High-altitude jump, free-fall, and highest speed by a human without an aircraft, 1960
A solar flare from the Sun creates a geomagnetic storm that affects micro chips, leading to a halt of all trading on Toronto's stock market, 1989
For only 2nd time Stanley Cup leaves North America (heads to Russia), 1997
In England, two men who created a Facebook site to incite violence during the riots are sentenced to four years imprisonment, 2011
The world's first floating dairy farm opens in Merwehaven Harbour, Rotterdam, the Netherlands, with 40 cows milked by robots, 2018
Posted by messymimi at 12:00 AM

Hahaha....I think hubby and I are beginning to sound like your grandpa and grandma. I think it is because we know each other too well as husband and wife. Was the chair blown there by the strong wind and later found by the owner? Beautiful cloudscapes. Have a blessed Sunday.

I love that first cloudscape. A closet full of shoes? Who needs so many?

Love the cloudscapes.
Shoes? Imelda Marcos would be right at home in Ms SE's house.
I hope that tree isn't rotten.
The moving chair made me think of social distancing taken to extremes.

If a chair falls over in a field and there is no one there to see it, does it get up again by itself?

It sounds like Grandpa and Grandma are their own sitcom! Those clouds sure are pretty!

Heheh! My Grandma and Grandad werre so funny and they didn't even realise it

Another one of your delightful jokes! It's rum day! Now, where is it?

It's funny how something like that chair being in a field can capture your imagination, making for a topic of conversation or just a random photo share. When we were in Naples in 2013, there was a chair sitting on the beach. I don't know if someone left it behind after a photo shoot or what but it made for an interest picture with the sunset slipping over the horizon. :)