Not Too Late (Cajun Joke) and Sunday Selections

The electricity went out in parts of town, including our circuit in our neighborhood, a couple of hours after i published yesterday's post.  Some of our neighborhood has power, some does not.  Little Girl's alarm didn't go off, so of course she forgot to get up and bring Coda.

After about 5 hours sleep in the muggy dark, Sweetie and i dragged ourselves to NOLA and cleaned Grandma and Grandpa's house.

We are now using the back-up generator, which has to be refilled with gas every 6-7 hours.  We are thankful for the back-up and for the promise to get Coda next Saturday.

Also, #1 Son's car died Saturday evening in the Sonic parking lot, we think it's the alternator.  The tow truck took him to Kevin and Lenny's and he came to the house to charge up his phone because he doesn't have electricity, either.

Alene done ax to borrow Boudreaux's car to go her to a party one night.  He an' Clothile done warn her to behave and get home early, but dey know she not be de crazy one an' din't give her a specify curfew.

An' Boudreaux wink at Clothile an' say, "Mais, see what I done tole you, Clothile?  It not be our girl be out too late, we gots to talk to de guy dat bring de paper, he done put the paper unner de truck tire!"

Mr. BA was trying to keep his work area clean.  He came up with a way to clamp the shop vac to his whatever this tool is, and it had some success. 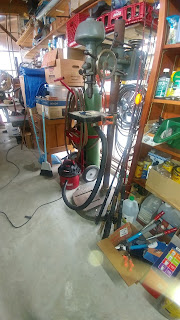 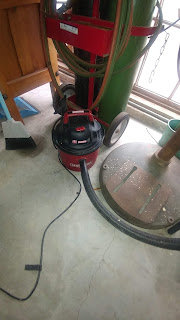 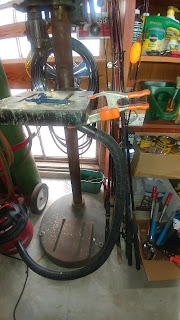 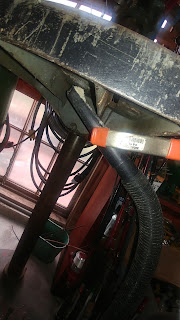 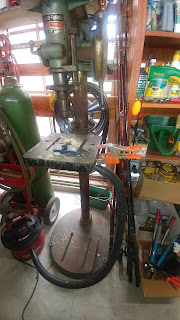 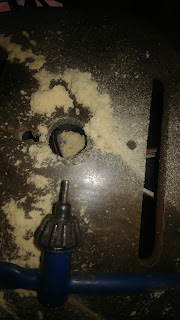 And a few sunsets. 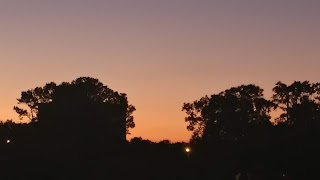 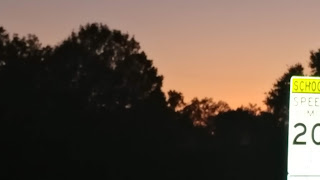 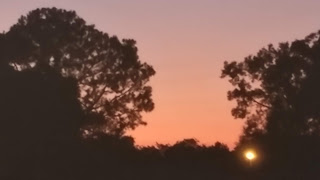 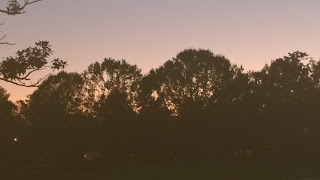 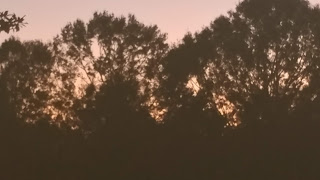 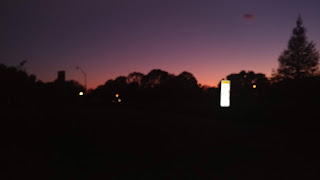 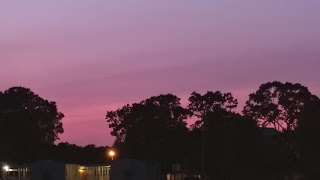 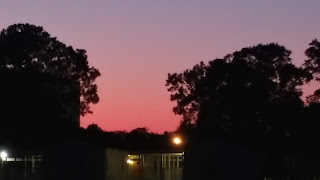 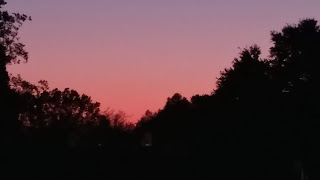 The Comptometer (the first adding machine known to be accurate at all times, patented by Dorr Eugene Felt), 1887

Columbus' ship sites land on the horizon (the Bahamas), 1492

Huldrych Zwingli is killed in battle with the Roman Catholic cantons of Switzerland, 1531

Explorer Meriwether Lewis dies under mysterious circumstances along the Natchez Trace in Tennessee at the Grinder's Stand Inn, 1809

CBS's mechanical color system is the first to be licensed for broadcast by the U.S. Federal Communications Commission, 1950

A ban on fracking is upheld by the Constitutional Council of France, 2013