"Here," she said, handing me a bottle of something, "I got this foundation and it's too dark for me, I thought maybe you could use it."

My blank look must have given away that i was rapidly trying to figure out how to politely decline the offer, because then she said, "Wait, do you even wear make-up?"

Only lipstick and mascara, and only once or twice a year, if even that, i said.  Then i added, It's just too time consuming to me, and i think the last time i wore any was at my brother's wedding a couple of years ago.

"Whew, you said it, it is time consuming, I wish I didn't have to put it on, but I just feel like I look terrible without it."'

The make-up habit is one that i am very, very glad i never started.

Linking up with Denise at Girlie On The Edge Blog, where she hosts Six Sentence Stories, and the cue is Foundation.

How about some fun, spooky fences: 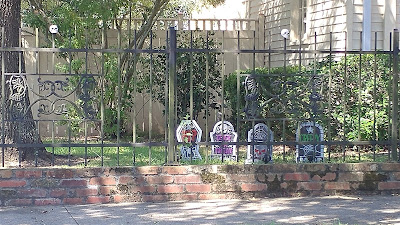 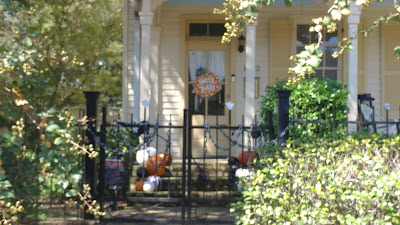 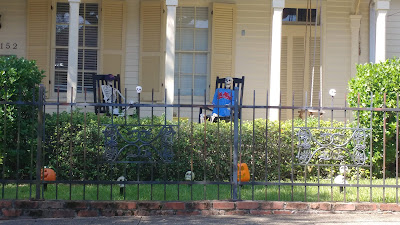 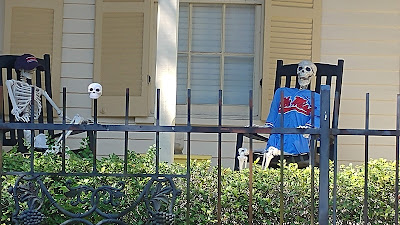 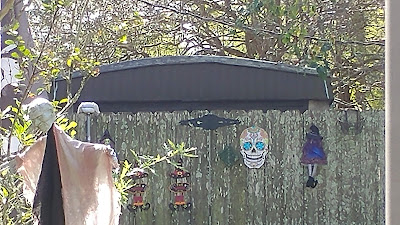 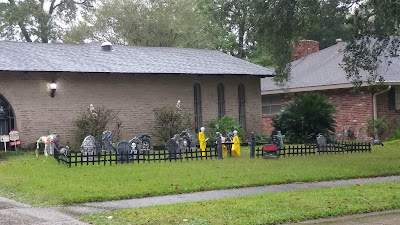 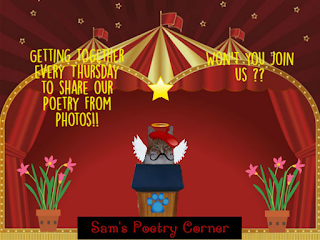 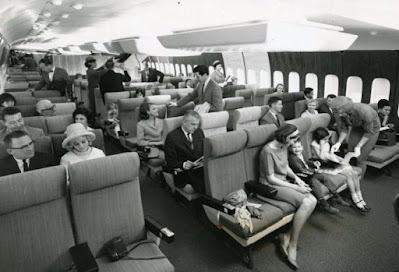 Yes, children, back in the day

You got dressed up to travel this way.

A plane ride was so rare you knew

Only your Sunday best would do.

By my travel years,

Most dispensed with the hats,

But you still got dressed up,

And that was that.

The seats were indeed

The staff worked hard to

With manners and charm,

None ever thought of

Of that i'm quite aware,

That should never mean we

Dispense with behavior while up there.

Yesterday, i showed up at Ms. G's house to work as usual, and she asked if i was up for an adventure.  Of course i was, so we went to a rescue out in the country to help them get hurricane prepared.  It was a great place, i had fun meeting people who are very into rescue, and i am thankful we were able to get them as ready as you can ever be for a storm.

Hermit Day / Hide From Everyone Day -- internet generated, for those who would rather have a peaceful day today than celebrate the other holidays listed; look up how to be a hermit on wikihow

Laugh Suddenly For No Reason A Lot Today Day (And end up either getting yourself and everyone around you in a good mood, or yourself being observed at the hospital in a padded room.)

Cyrus the Great entered the city of Babylon, BC539

First trial for witchcraft in Paris, 1390

Turkey declares its independence as the successor state to the Ottoman Empire, 1923

Israeli forces invade the Sinai Peninsula and push Egyptian forces back toward the Suez Canal, 1956

The American Galileo spacecraft makes its closest approach to 951 Gaspra, becoming the first probe to visit an asteroid, 1991

In South Africa, the Truth and Reconciliation Commission presents its report, which condemns both sides for committing atrocities, 1998

Space Shuttle Discovery blasts off on STS-95 with 77-year old John Glenn on board, making him the oldest person to go into space, 1998

The 3G wireless transmitters at Mt. Everest make coverage available to the summit, 2010

Random House and Penguin merge to become Penguin Random House, the largest publisher in the world, 2012

New research is published indicating that the cacao tree was not first cultivated in central America, but in Ecuador by the Maya Chinchipe culture about 5,000 years ago, 2019