Yesterday, Grandma wanted to talk about the hot topics of the day, the debates and the diagnosis.  Mostly, she talked, and i listened.  Sometimes you just gotta get it out of your system, and that's what she needed.

Boudreaux an' Thibodeaux done be talkin' 'bout de debate, an' t'inkin' 'bout who could best do de moderatin'.

Mr. BA's garden saw some nice opportunities for flower shots and a few of the insects. 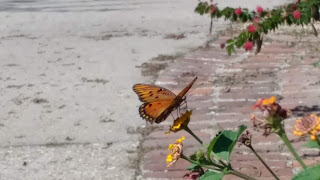 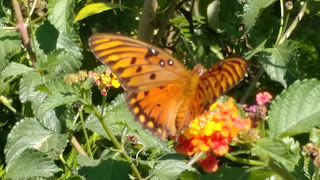 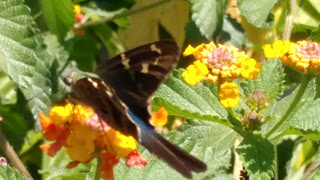 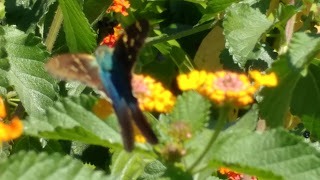 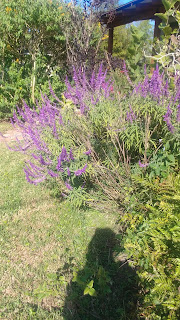 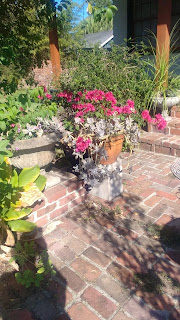 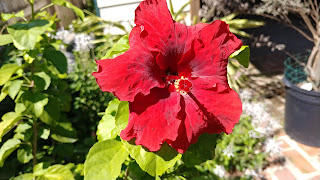 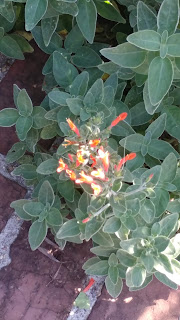 After i cleaned off the porch, this bee came for a sip of water from one of the puddles and let me snap a few shots: 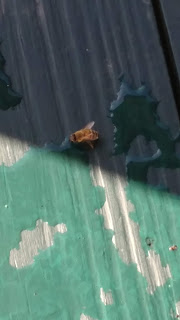 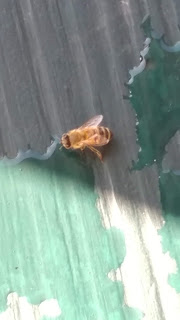 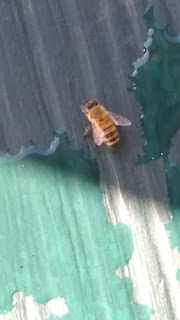 Lulu loves her bear, and sometimes Dr. Grandpa has to put his suturing skills to work. 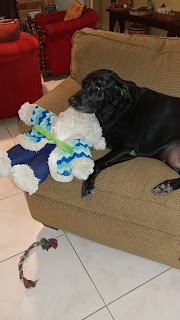 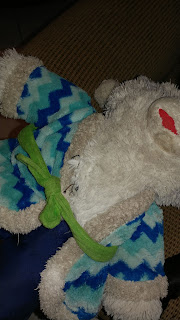 Finally, more sunset photos, right from my own front yard. 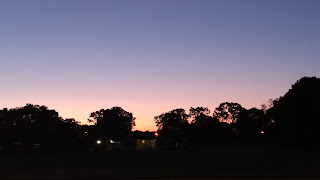 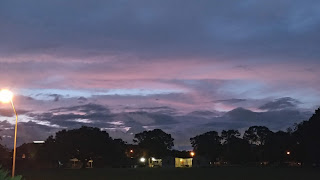 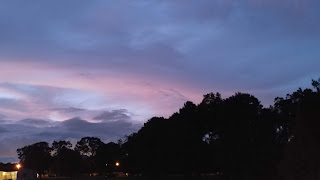 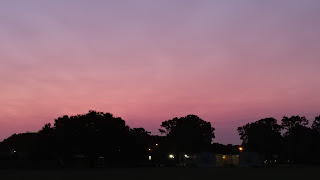 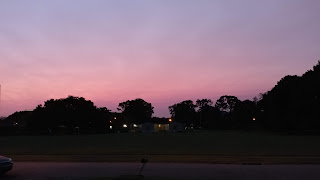 Great Books Week begins -- previously sponsored by Excellence in Literature; this year, their website doesn't mention it, but it was always the first full week of the month and is still a great idea

One of the largest naval battles in history, the Battle of Lake Poyang, ends when the Chinese rebel forces of Zhu Yuanzhang defeat Chen Youliang, 1363
The first full English translation of the Bible, sometimes called the Matthew Bible, which contained the work of translators William Tyndale and Miles Coverdale, is printed in Switzerland, 1537
Pope Gregory XIII's calendar adjustment that bears his name takes effect, with tomorrow being not Oct. 5, but Oct. 15, 1582
Plymouth Colony in Massachusetts drafts its first code of law, 1636
Peter Stuyvesant establishes America's first volunteer fire department, 1648
Christian Huygens patents the pocket watch, 1675
The state of Belgium is created after separation from the Netherlands, 1830
The New Orleans Tribune becomes the first black daily newspaper, 1864
The Orient Express, linking Turkey to Europe by rail, makes its first run, 1883
Norman Rockwell's Willie Gillis character debuts on the cover of the Saturday Evening Post, 1941
The Protocol on Environmental Protection to the Antarctic Treaty is opened for signature, 1991
The Rome General Peace Accords ends a 16 year civil war in Mozambique, 1992
NATO confirms invocation of Article 5 of the North Atlantic Treaty, 2001
SpaceShipOne wins Ansari X Prize for private spaceflight, by being the first private craft to fly into space, 2004
What is believed to be the oldest high-altitude human settlement is found in Kokoda, Papua New Guinea, 2010
Nissan unveiled the NSC-2015 electric car prototype at the Ceatec 2012 show in Tokyo; the car drove and parked itself, 2012
The Nobel Prize for Chemistry is awarded to Jacques Dubochet, Joachim Frank and Richard Henderson for their work on cryo-electron microscopy, 2017
Posted by messymimi at 12:00 AM