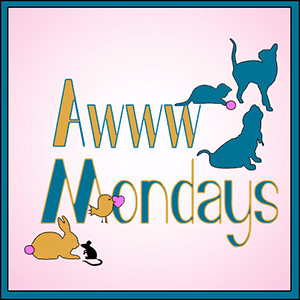 Coda got to come with us and play with Lulu this past Saturday: 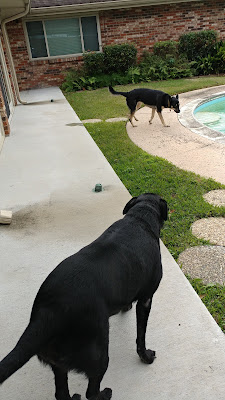 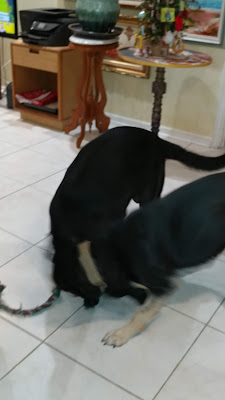 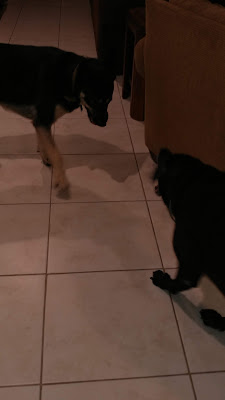 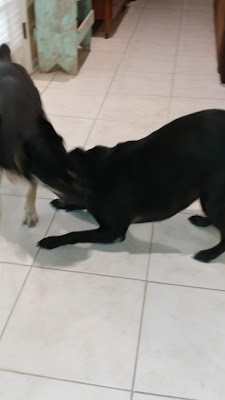 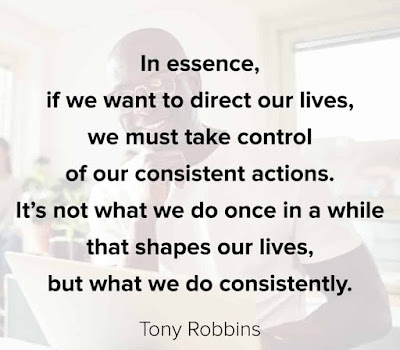 Poetry Monday was started by Diane at On The Alberta/Montana Border.  Jenny at Procrastinating Donkey is on a blog break due to her husband’s health, and she is much missed.   Charlotte/Mother Owl always participates, too.  This week the theme is Festive Traditions.

We had a great tradition,

We did it every year,

When the kids were younger,

It always brought us cheer.

Our neighborhood this season

Has a luminary display,

They ask each house to light luminaries

All on the same day.

We roam around with neighbors,

Greeting all with cheer,

Even Santa Claus is here.

There are hot cocoa stations

And when we’d seen the display,

We had one more treat reserved.

We’d go out for beignets

By the time we all got home

We were on a sugar high!

The luminary display is coming

Though it won’t be like when the kids were here,

We won’t stay up quite so late.