Parade (Awww Monday), Passion (Inspiring Quote of the Week), and Poetry Monday, an A to Z Post

Yesterday, i was treated to a Goose Parade, mom, dad, and two babies crossing the street to the pond: 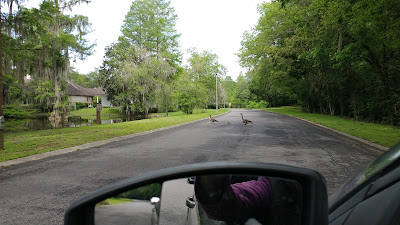 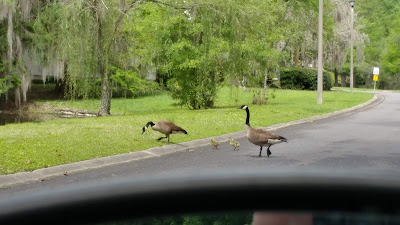 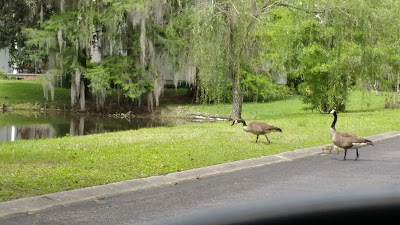 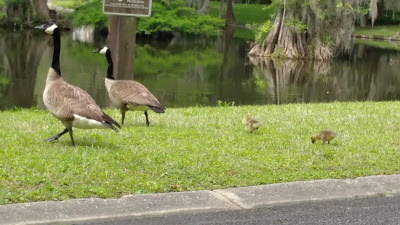 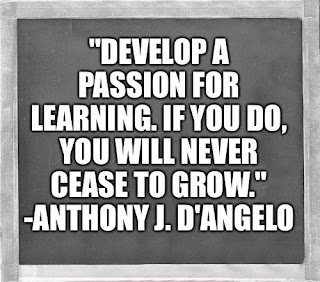 This week the theme is National Garlic Day, so i did a poem, a haiku, and a bit of a tribute to a quote from Alice May Brock of "Alice's Restaurant" fame.

As a lover of The Stinky Rose

My nose, well it always knows

If you skimped on the garlic.

When it's time for you to cook,

May i suggest throw away the book

If the author doesn't call for garlic.

Use it in every recipe both old and new,

You just can't have too much garlic.

If you want to kiss

Her after your dinner date

Garlic -- both or none

Alice May Brock we have to thank

For pointing out the truth

That can only be denied

By those who are uncouth:

John Parker Day -- many US States (anniversary of the Battle of Lexington and Concord, where Parker said “Stand your ground. Don’t fire unless fired upon; but if they mean to have a war, let it begin here.”)

Lozenge Competition -- Fairy Calendar (no, i don't know what they do with the lozenges that makes it a competition)

National Hanging Out Day -- Project Laundry List and other organizations promote bringing back the clothesline to save energy and the planet!

Okoshi Daiko Festival -- Furukawa, Japan (today, hundreds of men in loincloths fight to touch a wooden frame supporting a huge taiko drum as it is carried through the streets, and tomorrow is an elegant parade with lion dancers and traditional music)

Primrose Day -- UK (anniversary of the death of Disraeli)

St. Expeditus of Melintine's Day (Patron of merchants, navigators; for expeditious and prompt solutions; against procrastination)

Cheyney University is founded as The Institute for Colored Youth, 1837

Because he has no male heirs, Holy Roman Emperor Charles VI issues the Pragmatic Sanction of 1713, assuring Habsburg lands and the Austrian throne would go to his daughter, Maria Theresa, 1713

John Adams secures Dutch recognition of the United States, and his home in The Hague becomes the first American Embassy, 1782

The Treaty of London establishes Belgium as a kingdom and Luxembourg as a Grand Duchy, 1839

Charles Duryea claims to have taken the first automobile built in the US for a spin, 1892

The 125th and final fascicle of the Oxford English Dictionary is published, 1928

The Bay of Pigs invasion of Cuba ends in success for the defenders, 1961

The German Bundestag returns to Berlin, the first German parliamentary body to meet there since the Reichstag was dissolved in 1945, 1999

His Eminence Cardinal Joseph Ratzinger is elected the 265th Pope of the Catholic Church, taking the name Benedict XVI, 2005

Fidel Castro resigns from the Communist Party of Cuba's central committee after 45 years, 2011

A shipwreck that may have drowned up to 900 North African migrants traveling to Europe has prompted the European Union to meet in order to develop a plan to fund and organize rescues while reducing human trafficking incidents, 2015

US Senator Tammy Duckworth, the first US Senator to give birth while holding that office, is the first parent to bring a baby into the US Senate a day after the Senate votes to allow babies on the chamber's floor, 2018

King Mswati III changes the name of Swaziland to eSwatini, or “land of the Swati”, 2018