Very Happy Pups (Awww Monday), Value (Inspiring Quote of the Week), and Vacation (Poetry Monday), an A to Z Post

Coda came with me to NOLA this weekend, which made her and Lulu very happy pups.  They loved to "wrassle" up and down the hallway, often ending with sliding into doors or walls, then they get up and do it again. 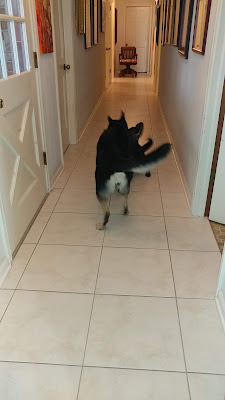 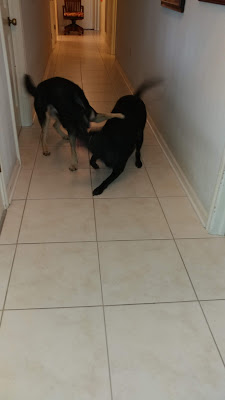 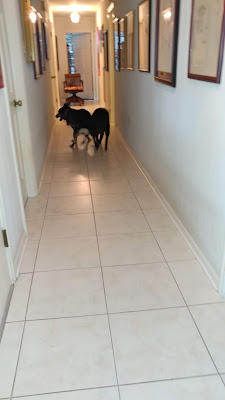 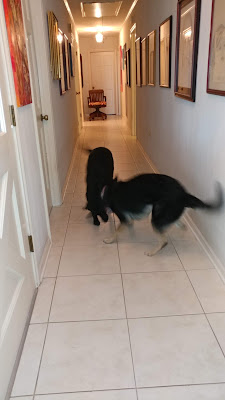 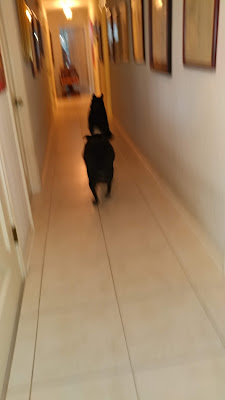 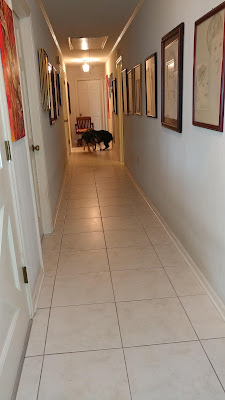 Poetry Monday was started by Diane at On The Alberta/Montana Border.   Charlotte/Mother Owl always participates, and now Karen at Baking in a Tornado is jumping in at least once a month, too.  Spike's Best Mate often leaves a wonderful poem in the comments on one of our blogs.

This week the theme is Beach or Ocean.

It's a beach out on the ocean,

A place i love to roam.

In June we get to go there

Enjoy the sand and surf,

Every bit of turf.

The sunrise there so pretty

It's worth the waking up,

Does overflow my cup.

There are naps and fun excursions

To places all around,

Then come back, sit and listen,

It's fun to watch the antics

Of bird and fish and crustacean,

We really love our oceanside beach

When we are on vacation!

Day of Remembrance of the Chernobyl tragedy -- Belarus

Festival of Individual Sovereignty -- an internet holiday that i think is a good idea!

Festival of Renenutet -- Ancient Egyptian Calendar (as Lady of the Robes, who invented the bandages in which to wrap mummies; date approximate)

Mayan Rain Festival -- to honor the rain gods and welcome the fruitfulness of the earth; date approximate

Shuffleboard Day -- on the adopted birthday of the game (no exact date of origination can be pinned down, and fans want a day to celebrate, so here it is)

St. Rafael Arnaiz' Day (Patron of diabetics and against diabetes)

The Independent Order of Oddfellows, American branch, is established in Baltimore, MD, US, 1819

Napoleon Bonaparte signs a general amnesty to allow all but about one thousand of the most notorious émigrés of the French Revolution to return to France, 1802

Paul von Hindenburg defeats Wilhelm Marx in the second round of the German presidential election  to become the first directly elected head of state of the Weimar Republic, 1925

A Rolling Stones concert in London, Ontario is shut down by police after 15 minutes due to rioting, 1965

Under international pressure, Syria withdraws the last of its 14,000 troop military garrison in Lebanon, ending its 29-year military domination of that country, 2005

During the second day of evidence at the Leveson Inquiry, Rupert Murdock reveals there was a 'cover-up' at 'News of the World' but that he had no knowledge of it, 2012

The CEO of Chobani, Hamdi Ulukaya, announces that he will be giving his employees 10% of the shares in the company, 2016

The Waorani people of Pastaza win a landmark environmental case against the Ecuadorian government to protect half a million acres of their territory in the Amazon rainforest, 2019