A blessed and beautiful Happy Easter to all.  He Is Risen!

Grandma decided that Easter is too soon for a family gathering at a restaurant, we will try for Mother's Day.  Meanwhile, we are all on our own for an Easter celebration.

Clothile one scold him fo' spendin' de holiday on de couch and he say, "De kids not goin' be here fo' de holiday from the Covid, so Easter be de perfect day to watch all de good episode wit' de Klingons."

An' Clothile ax, "Why you t'ink dis be de perfect day to watch dem Klingons?"

A few shots of Easter decor that i've been able to snap while out and about driving to jobs: 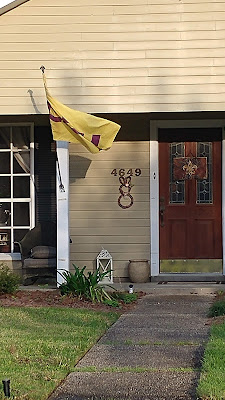 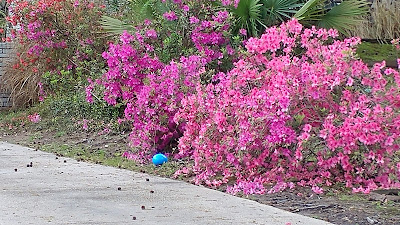 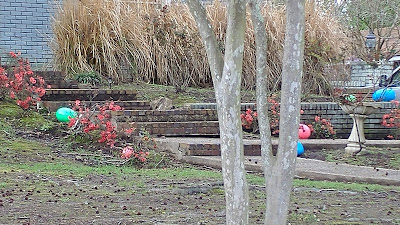 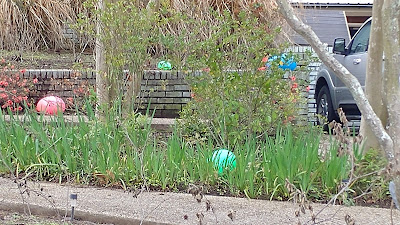 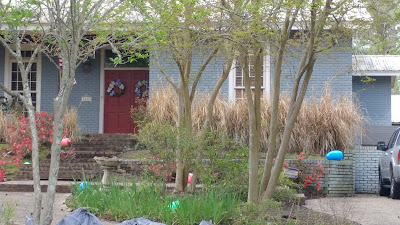 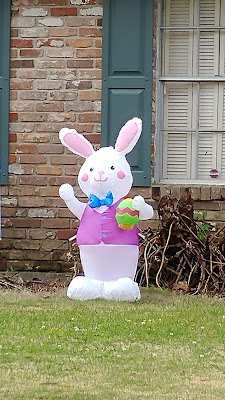 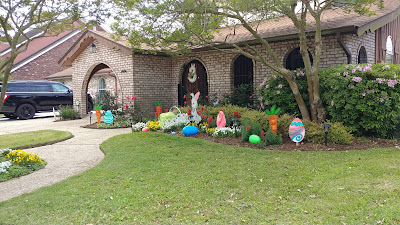 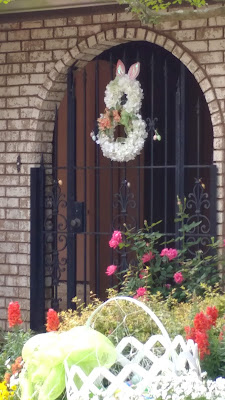 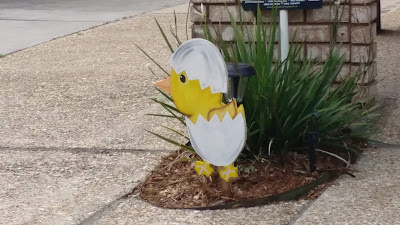 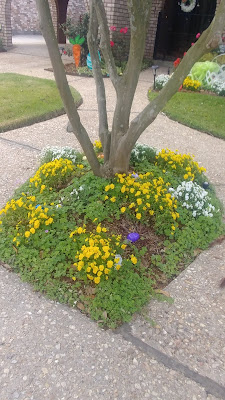 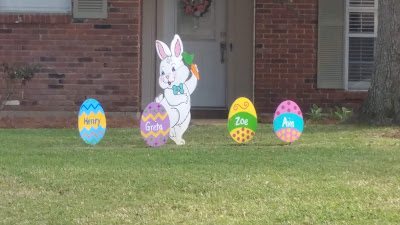 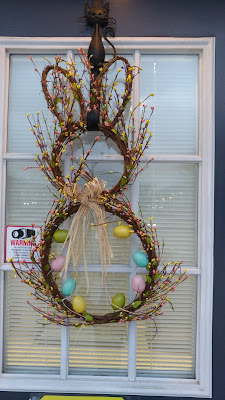 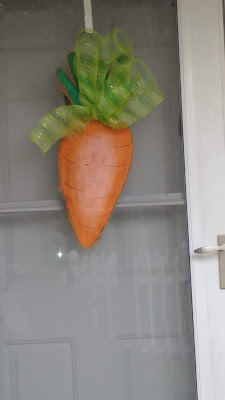 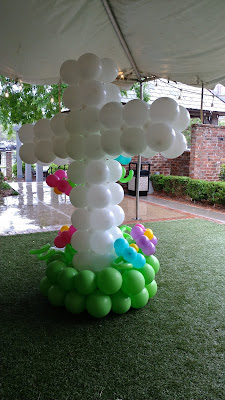 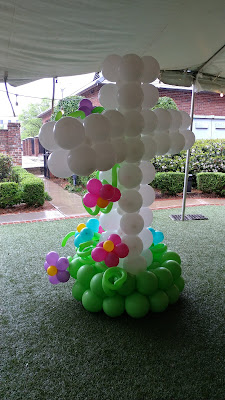 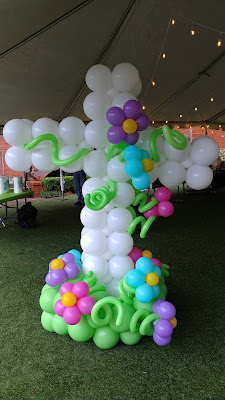 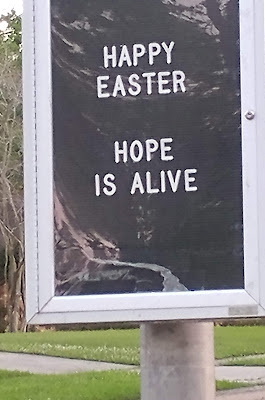 Easter -- Christian (remembrance of the resurrection of Jesus)

Paskar -- Iceland (Easter, the day trolls and evil beings sleep through the day, so an auspicious day to look for the wishing stone)

Hug a Newsman/Newswoman Day -- an internet generated holiday, and to be extra careful again this year, offer a friendly wave and words of encouragement instead

National Library Week begins -- US (sponsored by the ALA, this year's theme is "Welcome To Your Library")

National Reading a Roadmap Day -- another internet holiday that some sites call "Learn to Read A Roadmap Day," but a good one to observe; you need to know how to read one when your GPS battery dies, after all

Ose Matsuri -- Ose Shrine, ShizouKa Prefecture, Japan (men dressed in women's clothes dance a lively jig on board a boat afloat in the harbour which is festooned with flags and streamers while taiko groups play drums on shore in this festival thought to date back to a wife wanting to protect her fisherman-husband by giving him a kimono)

Francis Drake is knighted for completing a circumnavigation of the world, 1581

Sir Robert Walpole becomes First Lord of the Treasury of England, and is so influential in the Cabinet that he is considered the de facto first Prime Minister of England, 1721

Napoleon abdicates for the first time, 1814

William Henry Harrison dies of pneumonia becoming the first President of the United States to die in office and the one with the shortest term served, 1841

Susanna Medora Salter is elected the first US woman mayor, in Argonia, KS, 1887

An earthquake in India's Kangra Valley kills 20,000, destroys most of three cities, 1905

Vitamin C was first isolated by C.C. King at the University of Pittsburgh, 1932

The World Trade Center in NYC is dedicated, 1973

Comet Hyakutake is imaged by the USA Asteroid Orbiter Near Earth Asteroid Rendezvous, 1996

The most distant supernova on record is found by the Hubble Space Telescope, 2013

The "Pink Star" diamond sells at an auction in Hong Kong for a record $71 million, 2017