Take That (Awww Monday), Inspiring Quote of the Week, and Stupid Is As Stupid Does (Poetry Monday) 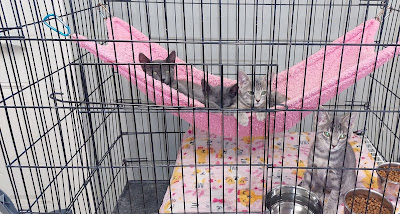 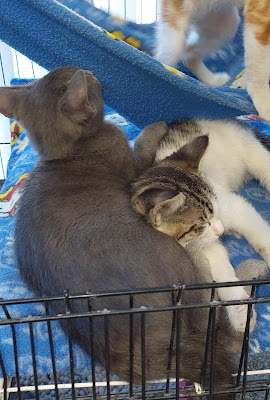 Poetry Monday was started by Diane at On The Alberta/Montana Border.  Jenny at Procrastinating Donkey is on a blog break and is sorely missed.   Charlotte/Mother Owl participates, and now Karen at Baking in a Tornado is jumping in at least once a month, too.  .

This week the theme is Ask A Stupid Question.  (Please note that the official Ask a Stupid Question Day is usually celebrated the last school day of September.)

Lots of questions to ask,

But getting students to do so

Was proving quite a task.

The students were all worried

They didn't want to look

We really do not care,

If you ask a stupid question,

At least you've taken the dare!

So, why are newborns ugly?

Your looks would have a flaw,

If you spent 9 months in water

Then squeezed out through a straw.

How big's the Specific Ocean?

You need to more specific be,

If you're meaning the Pacific,

It's 60million square miles of sea.

Well those two are quite a pair,

But this I tell you honestly,

I neither know nor care.

What's the meaning of procrastination?

But I tell you what, kid,

See how easy it can be

To get the hang of it?

So please ask a stupid question

So I won't be the only nitwit.

Constitution submitted to the states for ratification, 1787

Jean-Francois Champollion announces that he has deciphered the Rosetta Stone, 1822

The Stockton and Darlington Railway opens, and begins operation of the world's first service of locomotive-hauled passenger trains, 1825

The physics journal Annalen der Physik published Albert Einstein's paper "Does the Inertia of a Body Depend Upon Its Energy Content?", introducing the equation E=mc²,1905

The first production of a Ford Model T automobile rolls off the line at the Piquette Plant in Detroit, Michigan, 1908

First test of a twin engine airplane, in France, 1910

The Balinese tiger is declared to be an extinct species, 1937

Thai Ex-Prime Minister Yingluck is  found guilty of criminal negligence in a rice subsidy scheme and sentenced to 5 years in absentia, 2017

I liked your poem - it reminds me of the old saying"The only stupid questions are the ones not asked."

Smiling at your poem. Like Charlotte (MotherOwl) I grew up hearing that the unasked question was the stupid one.

Thank you for hosting, dear Mimi and for sharing always such interesting posts, I so love your poem!
Wishing you a wonderful Monday and new week
Xx Daniela at ~ My little old world ~ (Dany)

Cute kitties and the last one is cheeky. Love your poem. Have a fabulous week.

Awww on the kitties. So adorable. I love to watch kittens.

Love your Spark and love the poem. Made me smile.

Once again I love your poem. You can tackle any topic in rhyme.

So many things to celebrate this week. Later this week we are going to visit the cemetery where my parents and grandparents are buried.
While I prefer dark chocolate, I will partake of milk chocolate, just because it is the thing to celebrate. Have a blessed week.

That last kitten photo is great with that sweet little tongue sticking out!

That is a great poem today! I wish I would have learned earlier in life that asking questions is the best way to learn something new - oh well, I know it now! My stupid question of the day: Where did all those Princess phones go to?

That was a fun poem and those kittens sure are cute!

You have to give an Awww

perfect poem- illustrating each word! And I have to say watching family dinners in restaurants makes me want to get up from our table and confiscate all their i-phones glued to their faces. My pet peeve these days! Cheers!

Awwwe! Those kitten get me right in the feels!
Wonderful job on the poem, Mimi!
I'm so sorry I've been absent. I've been ill and just have no energy!

Cute kitties. And, I love the poem - great job!

zcute feline fur babies and I LOVE the poem. You are quite multi-talented. Anyone who has such strength to survivie all the things you have had to deal with this year. You are such an encouraging soul. Much LOVE and BIG HUGS across the miles.