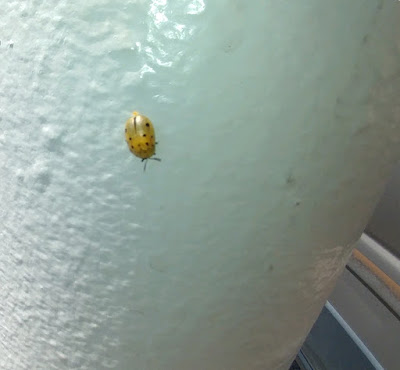 Severe earthquake in the Gulf of Chili, China; reports of 100,000 killed, 1290
Jesuits founded by Ignatius Loyola, 1540
John Adams negotiates peace terms with Britain, 1779
Constitution submitted to the states for ratification, 1787
Jean-Francois Champollion announces that he has deciphered the Rosetta Stone, 1822
The Stockton and Darlington Railway opens, and begins operation of the world's first service of locomotive-hauled passenger trains, 1825
The physics journal Annalen der Physik published Albert Einstein's paper "Does the Inertia of a Body Depend Upon Its Energy Content?", introducing the equation E=mc²,1905
The first production of a Ford Model T automobile rolls off the line at the Piquette Plant in Detroit, Michigan, 1908
First test of a twin engine airplane, in France, 1910
Native American Day is first celebrated, 1916
Democratic National Committee votes to allow female members, 1919
The first Santa Clause Training School opens in Albion, NY, 1937
The Balinese tiger is declared to be an extinct species, 1937
Sierra Leone joins the United Nations, 1961
Richard Stallman announces the GNU project to develop a free Unix-like operating system, 1983
East Timor joins the United Nations, 2002
CNSA astronaut Zhai Zhigang becomes the first Chinese person to perform a spacewalk while flying on Shenzhou 7, 2008
NASA's Mars rover Curiosity discovers direct evidence of a fast-moving stream bed, showing a prior water source on the Red Planet, 2012
Posted by messymimi at 12:00 AM

That is a very rare and pretty golden lady bug. Have a beautiful day!

Insects are always different, I think. Are they evolving faster than everything else?

I'm so used to seeing the red ones. I didn't realize they came in other colors.

Well, I don't think I have seen a yellow/golden Lady Bug before now. I wonder if this is considered an albino Lady Bug?

Black Walnuts... yum, I always make a Black Walnut cake for Christmas. DH loves it! I originally got the recipe from my late MIL. She made it with dried apricots and while that's good, I prefer the cake with out the fruit. Stores take forever getting black walnuts in the produce area, so I like ordering them from Hammons Nuts. You say it's National Milk Chocolate Day. Oh goody! *clap hands like a little kid* Just the excuse I need to have a piece of chocolate!! We bought a big bag of Hershey's Nuggets the last time we were at Walmart. I put them in the freezer because it's the heat softens the chocolate too much. The weather will change soon enough, though. Thanks for sharing the tidbits and photo. Feel free to join me for not-so Wordless Wednesday. Have a fototastic day, dear friend!

That's the first yellow one I've seen. We have red ones around here. I always make sure I don't hurt them when I find them. I've rescued a few as well.

Today I will celebrate milk chocolate. Thanks for the reminder.

First golden lady bug I've ever seen. Quite the find!

It would catch my mind, too.

I think I have seen a golden lady bug before. But they sure are rare. Great picture.

I hope she brings you luck. Thank you for the kind words you left me on the loss of my Phoebe. XO

what a pretty bug! Have a lovely day and do not forget to have some milk chocolate!

Biologists say that God's favorite creature was the beetle because He made so many varieties of them. There are good ladybugs (red) and bad ladybugs (yellow with 14 or 16 black spots). I may be wrong, but I think the one you showcased is a good one who won't eat your plants.

You find such a pretty bug! The yellow bug with tiny black spot is new to me!!I hope you have a good weekend.

Such a cute yellow ladybug!
Thanks for sharing.