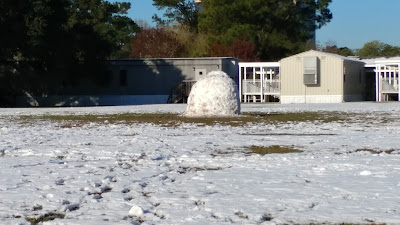 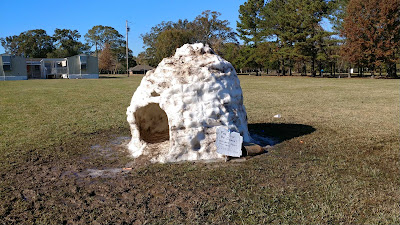 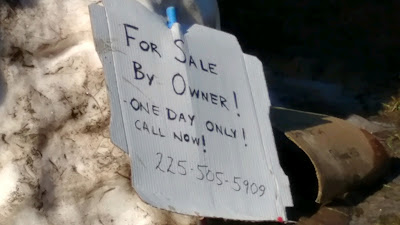 This month, Elephant's Child is hosting Words for Wednesday, although the prompts are being provided by Margaret Adamson and Sue Fulton.

Last week i was unable to get my story written in time, so i have last week’s prompts and this week’s as well.

“What do you mean, she disappeared?  People do not just disappear.”  The voice at the other end of the phone was very agitated.

“I know, but I can’t find her!” he said, moving from room to room, pulling furniture away from walls and opening every closet.

“Didn’t I tell you not to go in unless you saw her through the window?”

“I did see her, in fact I stepped in  PUDDLE and got prickled by that THORNY EVERGREEN she planted under all the windows trying to make sure she was in here,” he yelled back.

“So you are telling me she is not there when you saw her through the window in the room a few minutes earlier.  That’s like telling me a GIRAFFE disappeared from the zoo, it does not happen!”

“I know people don’t just disappear, but I’m telling you she isn’t in the house!  I’ve searched every room!”

Alice could hear the TORRENT of words as the man traipsed back and forth through the house, his boots clomping over her head like DISTANT thunder.

The intruder continued to argue on his phone while Alice dialed the emergency number from her hiding place.  She whispered to the emergency operator that someone had cut off her electricity and broken into her house, to please send help immediately.  The operator agreed to do so, and Alice held her phone out so the sound of the intruder slamming cabinets opened and closed could be heard.

“Look,” the intruder said into his phone, “I’m getting out of here, I’ve already lost the element of surprise even if she’s hiding somewhere in the house so I’m going back to the diner and catch a CAB.”

“Great, now we’re going to have to come up with another plan!” the person on the other end hung up, and the intruder, frustrated with not being able to find any sign of Alice, kicked at the TUBULAR leg of one of the laboratory tables, then yelled in pain.

As he hobbled out of the same back door he had kicked open, the police had driven up in the front with no sirens or lights.  One officer headed for the front door while the other went for the back yard, hoping to catch any intruder trying to leave the scene.

By the time he realized the police were there, he had tripped over the faucet for the sprinkler system and was caught, face down, cussing up a storm.

The police told the dispatcher to tell Alice they were there, but she made sure she snuck out of her hiding place when they were in another room.  She reasoned that this would not be the last time she’d have to use it, and wanted it kept hidden.

“Would you come and identify the intruder?” one of the officers asked.  She answered, “I didn’t see him, just heard his voice, but I can tell you if I know him or not.”

“I didn’t do anything but come over here to visit my cousin!” he was yelling, but he got very quiet when he saw her peering into the back of the police car.

“Yes, I know him, and that’s his voice.  He kicked the back door open,” she said.

“All I did was knock, I wanted to talk to you!” he yelled.

“Yeah, sure,” the officer said, “and the furniture moved around, the closet doors opened, what was that all about?”

“Not to mention,” Alice added, “you turned off the electrical main, knocked over my ASPIDISTRA, all of my TEDDIES and dolls are on the floor...”

“We’re going to take him to lock-up, you can come down and give a statement tomorrow,” one of the officers told Alice, and the other added, “Call again if you need us.  Now that we know someone is after you, we will patrol here more often, too.”

The show must go on

The straw that broke the Camel’s back

After the police left, Alice went back into the house and pulled a heavy china hutch in front of the now broken back door.

“Tomorrow I will have to deal with getting a carpenter to fix the door and going to make a complaint with the DA,” she thought.  “But I am not quitting, I am not giving up, THE SHOW MUST GO ON!”

“Now that the idiot has gone and gotten himself arrested,” he thought, “I am not going to try to work through her family any more.  They’ve done dumb stuff before, but this is THE STRAW THAT BROKE THE CAMEL’S BACK!”

Ides of December -- Ancient Roman Calendar; other observance
Festival for Tellus -- a/k/a Tellura or Tellus Mater, the personification of the earth's productive powers

New Calendar Day -- time to get the 2018 model, unless you contribute to so many charities you are already flooded with them

Pick a Pathologist Pal Day -- Wellcat Holidays reminds us that pathologists and coroners are an especially jovial lot, and befriending them is a good way to remind yourself that tomorrow is never guaranteed

The Council of Trent opens, 1545
Sir Francis Drake sets sail from England to circumnavigate the globe, 1577
Emperor Ferdinanad II delegates the first Anti-Reformation decree, 1621
The Massachusetts Bay Colony organizes 3 militias which are today seen as the founding of the United States National Guard, 1636
Dutch navigator Abel Tasman becomes the first European to land in New Zealand, 1642
Dartmouth College in New Hampshire is chartered, 1769
Italo Marcioni patents an ice cream cone, 1903
The Relay 1 communication satellite is launched, 1962
Eugene Cernan and Harrison Schmitt begin the third and final Extra-vehicular activity (EVA) or "Moonwalk" of Apollo 17, 1972
The European Union announces that Cyprus, the Czech Republic, Estonia, Hungary, Latvia, Lithuania, Malta, Poland, Slovakia, and Slovenia will become members from May 1, 2004, 2002
Former Iraqi President Saddam Hussein is captured, 2003
The Baiji, or Chinese River Dolphin, is announced as extinct, 2006 Scientists in northeast Madagascar confirm a new /species of lemur has been found, 2010
An unpublished early work by Hans Christian Anderson is found at the bottom of a filing box at the National Archives of Funen, 2012
Posted by messymimi at 12:00 AM

It's not very often that you get to build an igloo in Louisiana! I celebrated New Calendar Day a little early.

Lot of work for a joke, but the igloo is funny!

That is a pretty cool igloo. Thanks for sharing.

That doesn't happen very often in your neck of the woods does it? I didn't think so. Not here either.

Love the one day only sale.

the "for sale" sign mademe chuckle! Thanks and have a lovely day!

Great story. And I always wanted to sleep in an igloo.

LOVE your use of the prompts. And really hope that it will end happily for poor Alice.

Your WW photos cracked me up! Were these pix really taken in the Bayou? I know Louisiana got snow but enough to build an igloo? That would be an interesting discovery but I love the person's sense of humor of a one-day sale. lol

Wonderful stories they both were!