What did you say? And some Sunday Selections

Sweetie and i have been discussing our plans for this weekend for quite a while.  Although i am now at Grandma and Grandpa’s house, he is still calling me to discuss what the plans are.

When Boudreaux an’ Clothile’s daughter, Adèle, be young, she be talkin’ to her mama ‘bout de new baby.

Sunday Selections was started as a way for bloggers to use photos that might otherwise just languish in their files.  It is currently being hosted by Elephant’s Child.

These are some of the Christmas things i’ve seen while cleaning homes: 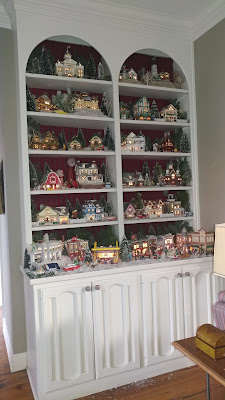 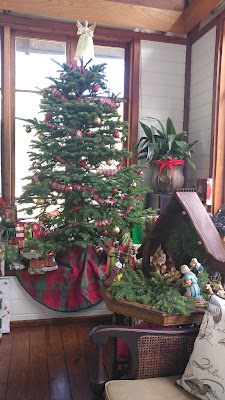 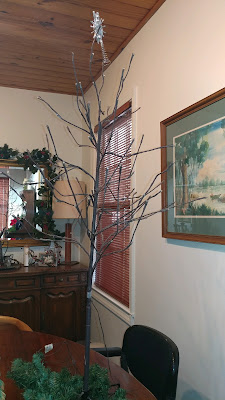 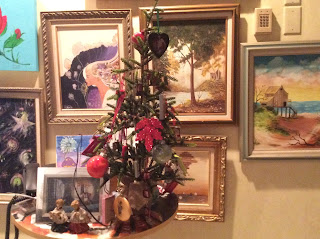 It’s amazing how you can find the Christmas spirit in the most unlikely places, 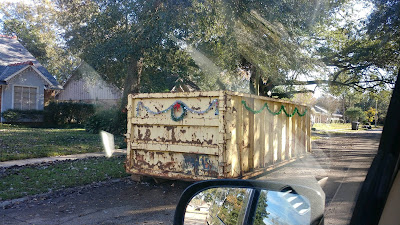 This is the tree at Grandma’s house.  It is a live tree.  It was her tree last year, too.  No, we don’t know why it just dried itself out, quit shedding, and lasted all year. 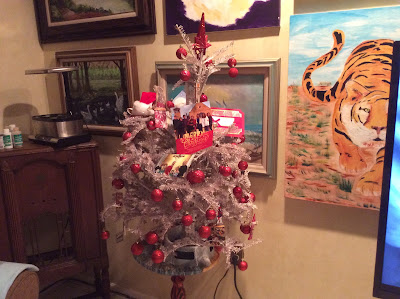 At Ms. SE’s house, the kids were out of school and the youngest wanted to help us clean.  Apparently, he does this all of the time.  Never try to separate a man from his vacuum cleaner. 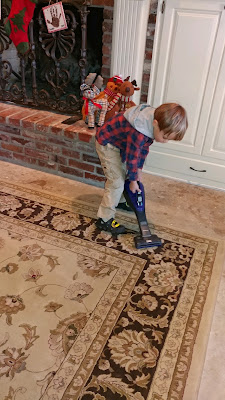 After he finished helping us vacuum, he went outdoors where his father started up the leaf blower and let him go at it.  Yes, that little guy handled the full size leaf blower.  His dad is a contractor, and he loves helping dad.

Aofangadagskvold -- Iceland (arrival of the 13th and final Yule Lad)
Icelandic Yuletide Lad of the Day, Kertasnikir -- Candle-beggar, who, as children did before light bulbs, wants the treat of a precious candle, and will steal one if he can

The Byzantine church Hagia Sophia in Constantinople is dedicated for the second time after being destroyed by earthquakes, 563
Thomas Wolsey is appointed English Lord Chancellor, 1515
Kiritimati, also called Christmas Island, is "discovered" by James Cook, 1777
"Silent Night" is composed by Franz Joseph Gruber; it is first sung the next day, 1818
The Eggnog Riot at the United States Military Academy begins that night, wrapping up the following morning, 1826
Fire devastates the Library of Congress in Washington, D.C., destroys 35,000 volumes, 1851
Henry Ford completes his first useful gas motor, 1893
Irving Fisher patents an archiving system with index cards, 1912
The first radio transmission of NCRV in Netherlands, 1924
NORAD Tracks Santa for the first time in what will become an annual Christmas Eve tradition, 1955
Shooting begins on "The Cage" the pilot for the Star Trek series, 1964
The crew of Apollo 8 enters into orbit around the Moon, becoming the first humans to do so, 1968
Cyclone Tracy devastates Darwin, Australia, 1974
The first European Ariane rocket is launched, 1979
For the first time since the death of Lenin, the bells of St. Basil's Cathedral, on Red Square in Moscow, ring to celebrate Christmas, 1990
The Spanish police thwart an attempt by ETA to detonate 50 kg of explosives at 3:55 p.m. inside Madrid's busy Chamartín Station, 2003
The world's oldest performer, Dutch actor and singer Johannes Heesters dies at the age of 108, 2011
Posted by messymimi at 12:00 AM