It’s Tuesday, and that means it is time for Random Tuesday with Stacy Uncorked.

This week has been okay, but boring.  Boring is certainly better than full of some type of drama, but it doesn’t lead to much to write about. 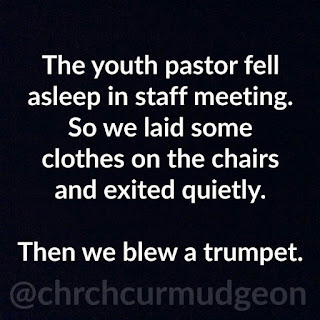 While i’m not sure that this ever happened at a church staff meeting, it did happen.  While they were in college, Brother-in-Law, the Mouth, left the dorm room to go to the restroom up the hall, and when he came back, Sweetie and another friend had dropped their clothes on the floor and hidden in the closet.  The fourth person in the room stayed at his desk and continued to work on his school assignment.

Brother-in-Law walked in and said, “What happened?”  The person at the desk said, “I don’t know.  They were here, and then they were gone, so I went back to my work.”

Brother-in-Law panicked, and then Sweetie and the other friend jumped out of the closet which both scared and relieved him at the same time.

Somehow i don’t think he’s ever gotten over it.

The only real excitement around here right now is that i am still coming up with creative excuses to not quite have the taxes ready to send to the CPA.

That and the spectacular fights Enigma SissyCat is having with Horizon.

Even the kids have not visited in a couple of days.  Having an empty nest is kinda boring and i don’t do boring too well.

Let’s hope something fun happens soon, so i don’t have to go out and stir something up myself. 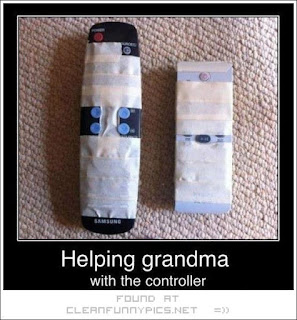 National Handcuff Day -- on the anniversary of its patent in 1920

Orkney and Shetland are pawned by Norway to Scotland so King Christian I can pay his daughter's dowry, 1472
An unnamed comet approaches withing 860,000 miles of Earth, the closest a comet has ever come to our planet, 1491
The first recorded wine auction is held, in London, 1673
The Postal Service Act, establishing the United States Post Office Department, is signed by President George Washington, 1792
Austria declares bankruptcy, 1811
Concepcion, Chile, is destroyed by an earthquake, 1835
The US Congress prohibits dueling in the District of Columbia, 1839
Luther Crowell patents a machine to manufacture paper bags, 1872
In New York City the Metropolitan Museum of Art opens, 1872
The first minor league baseball association is organised, in Pittsburgh, Pennsylvania, 1887
King O'Malley drives in the first survey peg to mark commencement of work on the construction of Canberra, 1913
A new volcano, Paricutin, erupts in a farmer's cornfield in Mexico, 1943
The Avro Arrow program to design and manufacture supersonic jet fighters in Canada is cancelled by the Diefenbaker government amid much political debate, 1959
While aboard Friendship 7, John Glenn becomes the first American to orbit the earth, making three orbits in 4 hours, 55 minutes, 1962
Ranger 8 crashes into the moon after a successful mission of photographing possible landing sites for the Apollo program astronauts, 1965
The Southeast Asia Treaty Organization disbands, 1976
Texas industrialist Ross Perot's U.S. presidential campaign begins, 1992
Spain becomes the first country to vote in a referendum on ratification of the proposed Constitution of the European Union, passing it by a substantial margin, but on a low turnout, 2005
Estonia becomes the first country in the world to establish a national electric car charging network, with cars charging in less than 30 minutes, 2013
Famine is declared in Unity State, South Sudan, affecting 4.9 million, 2017
Posted by messymimi at 12:00 AM

Hmmm.... that sounds like your mind is turning in dangerous ways :D :D :D

I've always had blogger because it's, well, free. We used to have a lot of fun playing pranks in dorm rooms, too. Those were the days. Have a wonderful week.

You need to get your paperwork to your CPA. It takes time. I've a friend in Oregon that does taxes every year and she has one client that waits until the last minute to bring in the things she needs to do their taxes. Makes her crazy.

You BIL the Mouth has got to be most interesting and not always in a good way. Just guessing here.

Nice prank. Coming from a fellow prankster, that's high praise :) Listen to Sandee about your taxes. Take advantage of the boring time and get them done. You'll be glad you got it off your plate.

Thank you for the well wishes on my blog! The story about your Sweetie was really funny! Looking through the holidays... National Handcuff Day? LOL And I didn't realize Charles Barkley was older than I am, by almost two years! Why this interests me? I love Basketball!

Laughing...It seems like you and I are on the same page! Love the story! :)

Boring is a little better than a lot of of bad excitement. Just have to find interesting things to do. You have a good day.

That is a funny story about the Mouth :) You may want to get a Feliway plug-in or some calming collars to help the kitties not to fight.

Oh my lord - I had to do the same thing for my Dad with the remote. Toothpicks and duct tape... and dementia still won! *oof*

The 'left behind' meme made me smile. Can you imagine that? I'm pretty sure we all will know when this happens. :) We may do our taxes this evening if all goes well. It's not so much a big deal as it eats up an hour or two that we could be doing other things. I say, "GET RID OF THE IRS!" Can I get a second on that? :)

You shared some funny memes in this post. I can't believe Sweetie did that to Mouth! Did they have extra clothes just lying around that they were able to use it?

I also love the remote meme. I'm so glad my grandmother hasn't gotten to the point where I have to tape up her remote like that. And so very grateful she is still so mentally aware. I count my blessings daily that I still have my grandparents (and parents). 🙂 There are so many without family.