Are You Really? (Six Sentence Story) and Good Fences

He'd always thought of himself as an upright person, someone who did the right thing.

Then the accident happened, the one he wished he could forget, the one that haunted his dreams.

He'd managed to convince the other guy not to call the police, to go to the attorney, to accept cash for repairing the car instead of bringing in the insurance companies.

After all, he'd noted, the damages really were minimal, it was a low impact fender bender, and he'd been able to more than cover it out of pocket.

All to keep the homeless guy who'd been thumbing a ride from being able to sue for his non-existent "injuries."

He'd always thought of himself as an upright person, but now he wondered, was he really?

Linking up with Denise at Girlie On The Edge Blog, where she hosts Six Sentence Stories, and the cue is Upright. 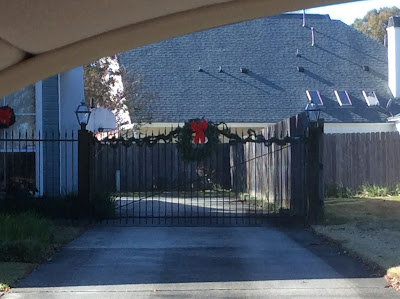 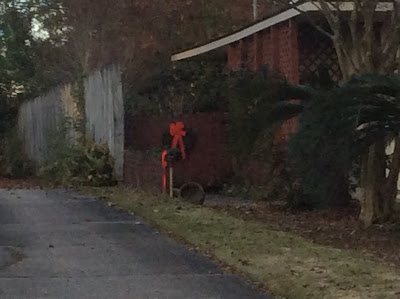 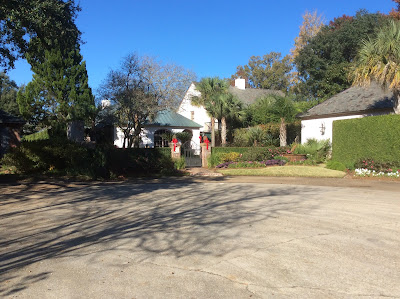 Clute's Christmas in the Park -- Clute, TX, US (food and fun; through Sunday)

The Mongols under Batu Khan occupy and destroy Kiev, 1240
Don Alfonso V of Aragon grants Barcelona the right to exclude Jews, 1424
The first edition of the Encyclopedia Brittanica is published, in Scotland, 1768
Harriet Tubman escapes slavery, 1849
The 13th Amendment to the US Constitution is ratified, abolishing slavery, 1865
The first crematorium in the Us begins operation, in Washington, Pennsylvania, 1876
London becomes the first city to license taxicabs, 1897
One year to the day after the signing of the Anglo-Irish Treaty, the Irish Free State comes into existence, 1922
U.S. federal judge John M. Woolsey rules that the James Joyce's novel Ulysses is not obscene, 1933
The Vanguard rocket, the first US attempt to launch a satellite, fails, 1957
The Canadian province of Newfoundland is renamed Newfoundland and Labrador, 2001
NASA reveals photographs taken by Mars Global Surveyor suggesting the presence of liquid water on Mars, 2006
Belgium's new federal government is sworn in after 541 days of negotiations, 2011
Pope Francis gives his ascent to a proposal to create a permanent post on the Pontifical Commission on cases of sin and sexual abuse of minors, 2013
Posted by messymimi at 12:00 AM