It's becoming obvious Christmas is near and the children are starting to crack under the strain of trying to be extra good.

Boudreaux an' Clothile done be tryin' ever'thin' t' git Aline an' Tee t' quit all dere fussin' wit' each other.  Aline be 'bout 10 year older dan Tee, an' he be tryin' to git in her way all de time.

One day, Clothile done had her 'nuff an' she tell Tee, "I be goin' call Père Noel an' get him to talk to you!"

Tee don' believe dat, but Clothile done pick up de phone an' she call de friend Thibodeaux.  She say to him, "Père Noel, I need you talk to Tee!  He an' his sister jes' be wearin' me out wit' de fussin'!"

An' Thibodeaux done play along an' she put Tee on de phone.  Thibodeaux disguise his voice an' he tell Tee dat when chil'ren don' git along wit' each other, dey goin' find dey's on de naughty list an' dey not goin' get no gift on Christmas

When Thibodeaux done finish, Tee hang up an' Clothile ax him, "Now, what did Père Noel done tole you?"

An' Tee say, "Mais, he done say Aline goin' be on de naughty list an' she not goin' get nothin' on Christmas!" 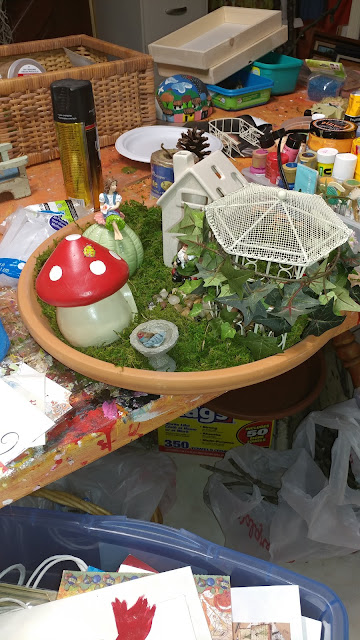 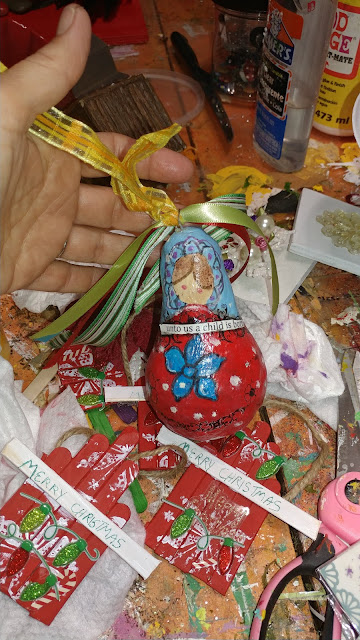 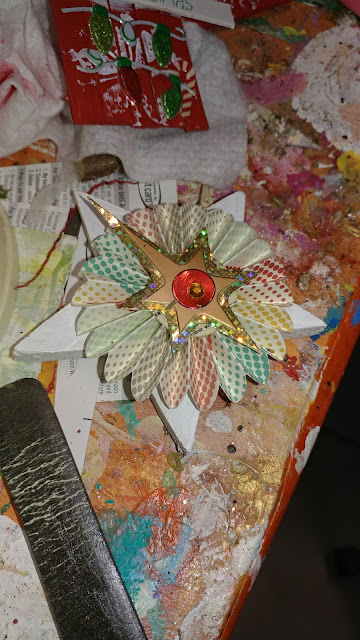 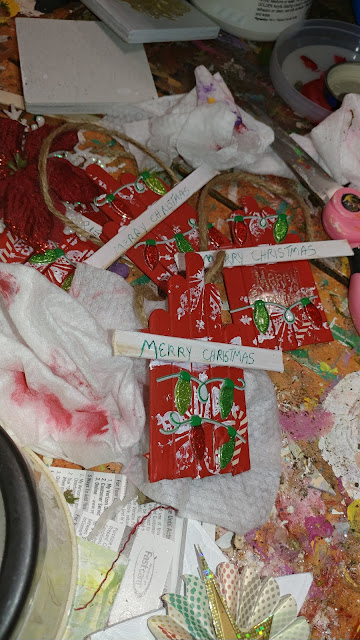 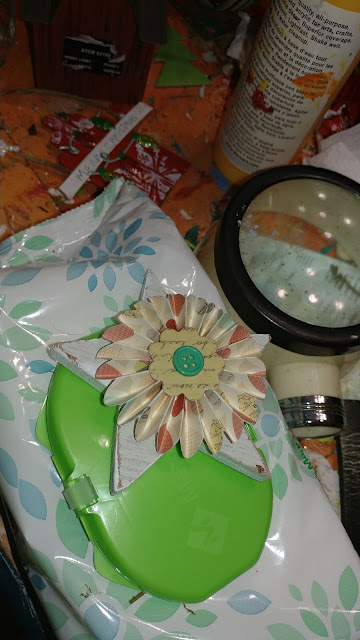 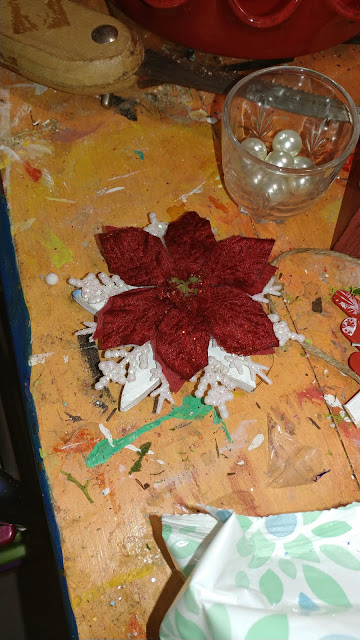 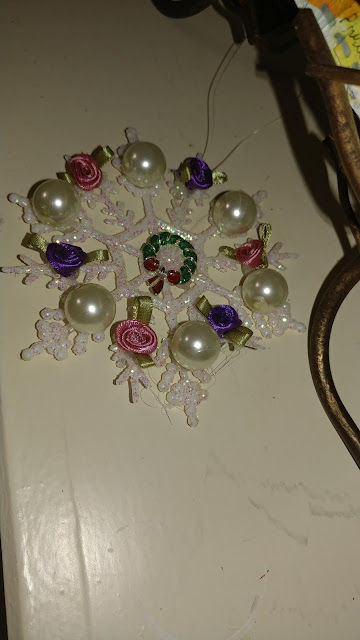 Uncle P has turned the outdoor garage into his own workshop, and is building bookcases: 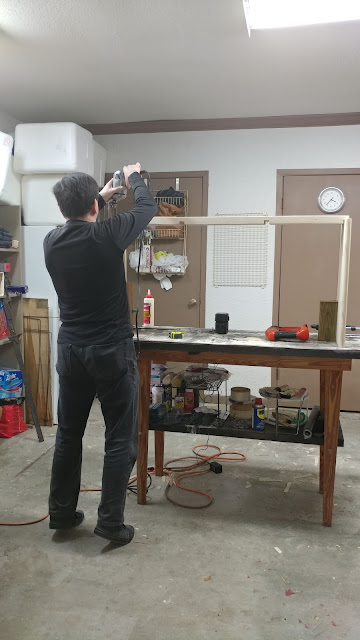 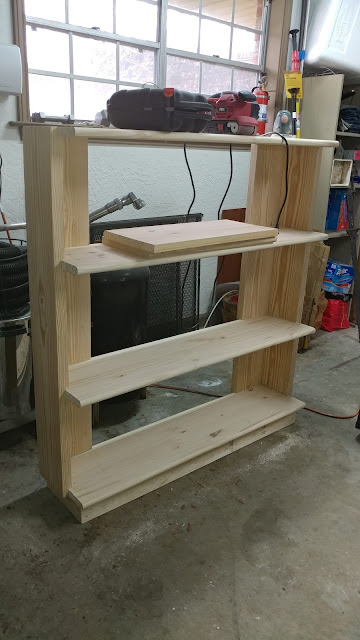 Bigger Girl drew this for Grandpa last time she was there: 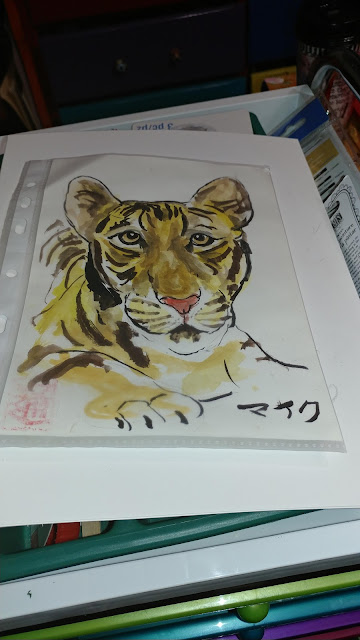 Posadas Navidenas (Fiesta of the Virgin of the Lonely) -- Mexico (celebrated through the 24th, "pilgrims" go house to house seeking shelter to commemorate the search of Mary and Joseph for shelter in Bethlehem)

Third Sunday of Advent -- Christian
Lighting the Candle of Joy

An Lushan revolts against Chancellor Yang Guozhong at Fanyang, initiating the An Shi Rebellion during the Tang Dynasty of China, 755
Mount Vesuvious, Italy erupts, destroys 6 villages & kills 4,000, 1631
Oliver Cromwell sworn in as English Lord Protector, 1653
The last recorded eruption of Mount Fuji in Japan, 1707
A big tea party in Boston harbor -- Indians welcome -- is "celebrated" (Boston Tea Party), 1773
Fire burns over 600 buildings in NYC, 1835
In New Zealand, the Charlotte-Jane and the Randolph bring the first of the Canterbury Pilgrims to Lyttelton, 1850
The Kingdom of Nepal accepts its constitution, 1862
Antonín Dvorak's Symphony No. 9 in E minor, Op. 95, From The New World is given its world première performance at Carnegie Hall, 1893
The first submarine with an internal combustion engine is demonstrated, 1897
The "Great White Fleet" sails from Hampton Downs on its round the world tour, 1907
The first credit union in the US is formed, in Manchester, New Hampshire, 1908
The first US postage stamp picturing an airplane, a 20 cent parcel post, is issued, 1912
Albert Einstein publishes his "General Theory of Relativity", 1915
The Haiyuan earthquake, magnitude 8.5, rocks the Gansu province in China, killing an estimated 200,000, 1920
Theodore Cole and Ralph Roe attempt to escape from the American federal prison on Alcatraz Island in San Francisco Bay; neither is ever seen again, 1937
Thailand joins the United Nations, 1945
William Shockley, John Bardeen and Walter Brattain build the first practical point-contact transistor, 1947
Cleveland, Ohio becomes the first post-Depression era US city to default on its loans, owing $14,000,000 to local banks, 1978
An episode of Pokemon, "Denno Senshi Porygon", aired in Japan induces seizures in 685 Japanese children, 1997
George W. Bush signs the CAN-SPAM Act of 2003 into law, 2003
The US National Institutes of Health places a moratorium on new studies using chimpanzees as research models when a report comes out showing that most of such research is scientifically unjustified, 2010
After years of receding, the Arctic sea ice is shown to have rebounded in extent and volume, 2013
Posted by messymimi at 12:00 AM