"Sugar pie, honey bunch, you know that I love you!" he crooned along with the music playing on the oldies station, and she smiled at him.

"You always amaze me with how many of those old songs you can sing," she said.

"Well, my parents raised me on oldies, you know they still have a turntable and vinyl albums and those plus the oldies station on the car radio was all I got to listen to growing up until I got my own radio when I was eleven.  Wow, was I surprised when I realized there was more than one station I could listen to, the first time I heard heavy metal it was quite an education!"

"I can only imagine what your parents thought of it, your dad complains so much about modern music being 'noise'."

"Some of it is, not all of it, but I still prefer to sing the old love songs to my baby!" he said, grabbing her for a dance across the kitchen floor.

Linking up with Denise at Girlie On The Edge Blog, where she hosts Six Sentence Stories, and the cue is Sugar.

A client got the grandchildren a fun new big toy for Christmas, so big it has to have a fence around it: 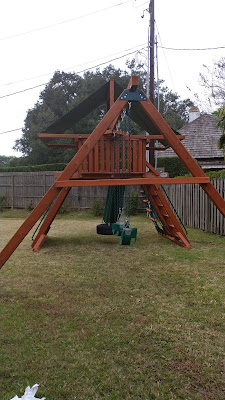 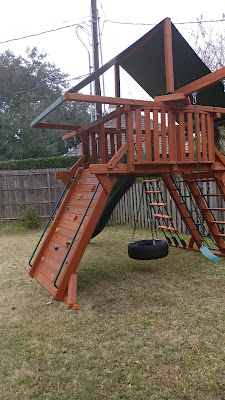 Visit the Zoo Day -- don't know who put this one in the middle of winter, but there it is

The Hagia Sofia of Constantinople is completed, 537
The Spanish Crown issues the Laws of Burgos, governing the conduct of settlers with regards to native Indians in the New World, 1512
The first public railroad using steam locomotive completed in England, 1825
Charles Darwin embarks on his journey aboard the HMS Beagle, 1831
Worst English avalanche kills 8 of 15 buried in Lewes Sussex, 1836
Ether is first used in childbirth in US, in Jefferson, Ga., 1845
The world's first cat show is held at the Crystal Palace, London, 1871
Carrie Nation's first public smashing of a bar, at the Carey Hotel, Wichita, Kansas, 1900
Unsuccessful attempt on prince-regent Hirohito of Japan, 1923
Stalin's faction wins All-Union Congress in USSR, Trotsky is expelled, 1927
Radio City Music Hall opened in New York City, 1932
The Shah of Persia declares Persia is now Iran, 1934
The World Bank was created with the signing of an agreement by 28 nations, 1945
Apollo 8 splashes down in the Pacific Ocean, ending the first orbital manned mission to the Moon, 1968
The People's Republic of China is granted permanent normal trade relations with the United States, 2001
Radiation from an explosion on the magnetar SGR 1806-20 reaches Earth. It is the brightest extrasolar event known to have been witnessed on the planet, 2004
Former Pakistani Prime Minister Benazir Bhutto is assassinated, 2007
Toyota Motor Corporation agrees to pay $1 billion to settle over a dozen lawsuits related to sudden acceleration, 2012
Posted by messymimi at 12:00 AM