Grandma and i were talking yesterday about medical diagnoses and what happens when someone thinks the situation is worse than it is.  (The subject came up while watching one of those veterinarian shows, a patient was convinced the dog was in serious trouble, it was just a small fatty tumor.)

Clothile done be ver' upset, she done gots a call from de traiteur (doctor), an' since she not be home, Tee done take de message.  He say he t'ink dere be sum'pin' wrong an' dat she gots to go back.

Well, Clothile done run herse'f back to town, an' she go in a big hurry in de door an' wit'out even lookin' 'round she yell, "Doc, tell me what be wrong wit' me!"

Some of Grandma's work, her Christmas decorations, and she is still working on fairy gardens: 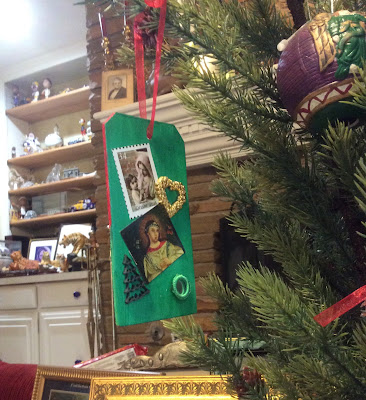 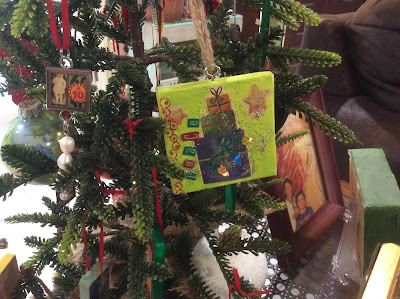 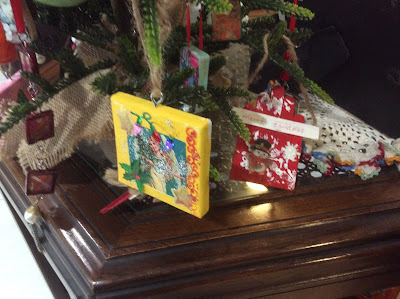 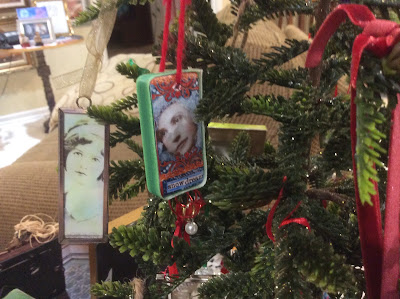 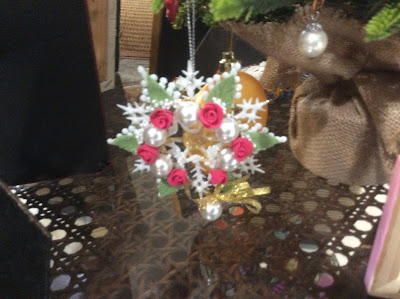 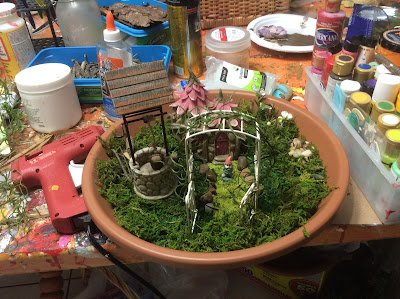 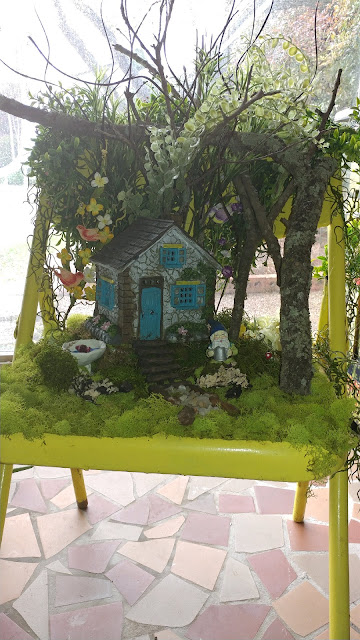 Christmas to Remember -- Laurel, MT, US (Santa and a live Nativity, parade, fireworks, bazaar, and more)

The University of Leipzig opens, 1409
Dedication of the Touro Synagogue, in Newport, Rhode Island, the first synagogue in what became the United States, 1763
Napoleon defeats the Russians and Austrians at Austerlitz, 1805
The first Savings bank in the US opens, the Philadelphia Savings Fund Society, 1816
US President James Monroe declares his "Monroe Doctrine", 1823
US President James K. Polk declares it is the "Manifest Destiny" of the US to expand into the West, 1845
Charles Dickens gives his first public reading in the US, in NYC, 1867
King Camp Gillette patents the safety razor, 1901
Pu Yi (Hsuan-T'ung) became China's Last Emperor at age 2, 1908
Following 19 years of Ford Model T production, the Ford Motor Company unveils the Ford Model A, 1927
A team led by Enrico Fermi initiates the first self-sustaining nuclear chain reaction, 1942
Riots break out in Jerusalem in response to the approval of the 1947 UN Partition Plan, 1947
The Granma yacht reaches the shores of Cuba's Oriente province and Fidel Castro, Che Guevara and 80 other members of the 26th of July Movement disembark to initiate the Cuban Revolution, 1956
Abu Dhabi, Ajman, Fujairah, Sharjah, Dubai, and Umm Al Quwain form the United Arab Emirates, 1971
Benazir Bhutto is sworn in as Prime Minister of Pakistan, becoming the first woman to head the government of an Islam-dominated state, 1988
A coalition led by Chancellor Helmut Kohl wins the first free all-German elections since 1932, 1990
The United Kingdom devolves political power in Northern Ireland to the Northern Ireland Executive, 1999
NASA announces finding an arsenic based life form on Earth, 2010
Taxi service company Uber expands its presence in Latin America by partnering with Carlos Slim's cell phone company America Movil to place the Uber app on mobil phones throughout Mexico, 2014
Posted by messymimi at 12:00 AM