The other night i had one of those "back in school" dreams, the kind you never want to have, where you are taking a test for a class you forgot you had and never attended.

Tee Boudreaux be in school an' de professor done say he not goin' take any test dat come in late.  Well, o' course Tee be de las' one finish de test, an' by de time he get up to de desk, de professor done tell him, "I said I would not take any late papers!"

Sunday Selections was started as a way for bloggers to use photos that might otherwise just languish in their files.  The rules have been relaxed, and it is now simply a showcase for your photos, new or old, good or bad, although nothing rude, please.

In recent years it has been hosted by River at Drifting Through Life, although she may still be on her blog break.  Elephant's Child has been hosting for River, but may also be on break at this time.

Once i get into a habit, it's hard to break (as can be noted by my Sunday jokes), and i have some photos of Mr. BA's garden from yesterday.

My job was to clear the weeds: 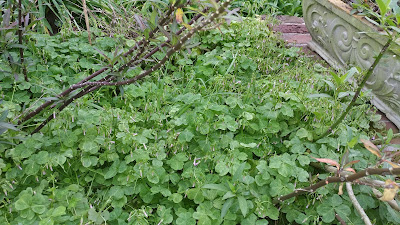 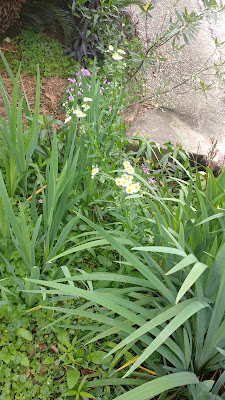 After putting my plant killing skills to work: 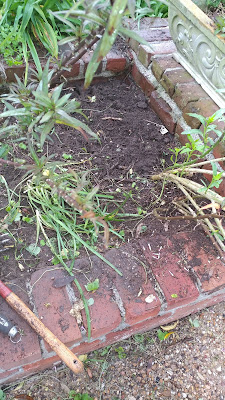 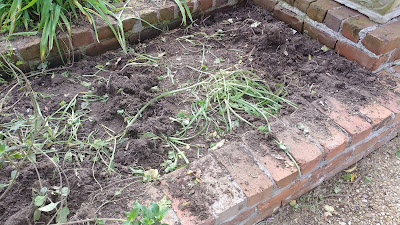 Clover has a bulb that you have to dig up so it won't grow back: 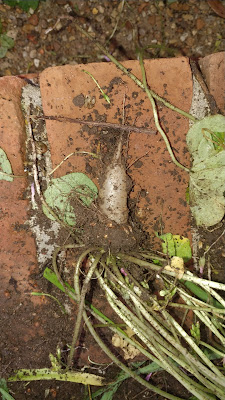 Bees love the clover flowers, and while i did get two beds cleared out, thee are still plenty of flowers, and a bee blessed me with a visit: 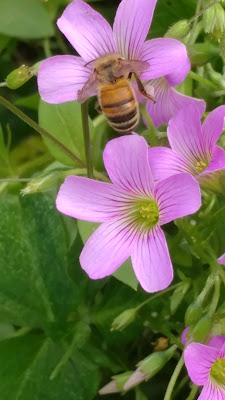 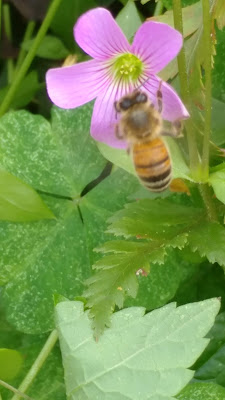 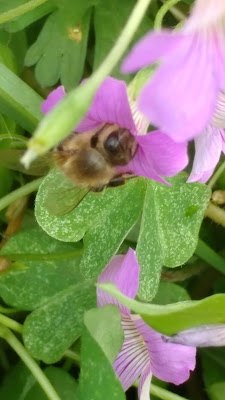 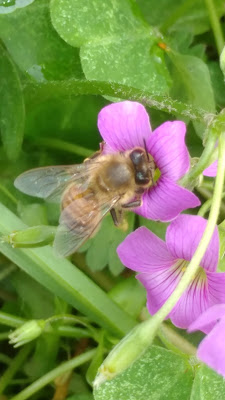 Finally, the azaleas are starting, and it looks like it's going to be a good year: 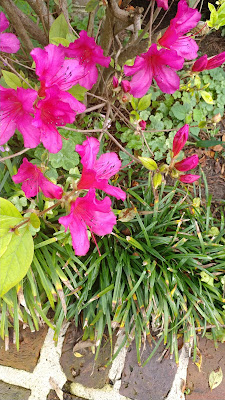 Edo Nagashi Bina -- Sumidagawa River, Japan (ritual to wish for children's good health by washing the sins of the body away)

Hadassah is founded, 1912
Western Washington University is established, 1899
The American University is chartered by an act of the Congress of the United States of America, 1893

St. Francis of Assisi, age 26, receives his vocation in Portiuncula, Italy, 1208
In the first imperial coronation by a pope,Charles V is crowned by Clement V, 1530
Pope Gregory XIII, by decree, institutes what is now known as the Gregorian Calendar, correcting the older Julian Calendar, 1582
L'Orfeo by Claudio Monteverdi, one of the first works recognized as an opera, receives its première performance, 1607
The London première of Rinaldo by George Frideric Handel, the first Italian opera written for the London stage, 1711
The US Supreme Court first declares a law unconstitutional (Marbury v Madison), 1803
London's Drury Lane Theatre burns to the ground, leaving owner Richard Brinsley Sheridan destitute, 1804
The Treaty of Dancing Rabbit Creek, the first removal treaty in accordance with the Indian Removal Act, is proclaimed. The Choctaws in Mississippi cede land east of the river in exchange for payment and land in the West, 1831
William Otis of Pennsylvania patents the steam shovel, 1839
The first parade to have floats is staged at Mardi Gras in New Orleans, Louisiana, 1868
Andrew Johnson becomes the first President of the United States to be impeached, 1868
The SS Gothenburg hits the Great Barrier Reef and sinks off the Australian east coast, killing approximately 100, including a number of high profile civil servants and dignitaries, 1875
China and Russia sign the Sino-Russian Ili Treaty, 1881
Chicago is selected to host the Columbian Exposition, 1890
Rudolf Diesel receives a patent for the diesel engine, 1893
Hudson Motor Car Company is founded, 1909
National Public Radio is founded in the United States, 1970
The United States Olympic Hockey team completes their Miracle on Ice by defeating Finland 4-2 to win the gold medal, 1980
Buckingham Palace announces the engagement of The Prince of Wales and Lady Diana Spencer, 1981
A special commission of the U.S. Congress releases a report that condemns the practice of Japanese internment during World War II, 1983
Ayatollah Ruhollah Khomeini offers a USD $3 million bounty for the death of The Satanic Verses author Salman Rushdie, 1989
The last occurrence of February 24 as a leap day in the European Union and for the Roman Catholic Church, 1996*
Japan launches its fourth spy satellite, stepping up its ability to monitor potential threats such as North Korea, 2007
Fidel Castro retires as the President of Cuba after nearly fifty years, 2008
Final launch of the Space Shuttle Discovery, 2011

*The Romans counted Feb. 24 twice in leap years, instead of adding Feb. 29; that continued in some places until as late as 1996
Posted by messymimi at 12:00 AM