Mr. Al is one of the sextons at the church.  On Friday, when i was there for early morning Bible study, he asked if Sweetie and i were attending the marriage seminar this weekend.  Since it does cost to attend this particular seminar (put on by a local Christian counseling center), i told him that we would not be there.  He insinuated that we are cheap, and i told him to quit insinuating and just say it because we are.  We try to spend nothing except on absolute necessities until such a time as we can get the cars fixed and pay off some of our debts.

Boudreaux be tellin' Thibodeaux dat he an' Clothile done be arguin' a lot now, an' Thibodeaux done tole him 'bout a weekend meetin' dat be suppose to he'p.

"T'ree hunnerd dollar!" Boudreaux exclaim.  "Mais, it din't cost me dat much in de lawyer fee to get rid o' my firs' wife!"

Sunday Selections was started as a way for bloggers to use photos that might otherwise just languish in their files.  The rules have been relaxed, and it is now simply a showcase for your photos, new or old, good or bad, although nothing rude, please.  It is now hosted by River at Drifting Through Life, but she is taking a well deserved blog break.  Elephant's Child is keeping the meme warm for her.

It's February, so it must be time for tulip trees (Japanese magnolias) and camellias and plenty of other flowery plants.  It's also time for weeds, which i spent several hours pulling at Mr. BA's house yesterday, and his place and Ms. S's across the street are where these photos were taken. 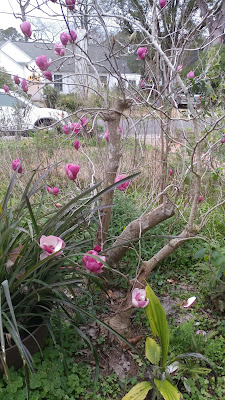 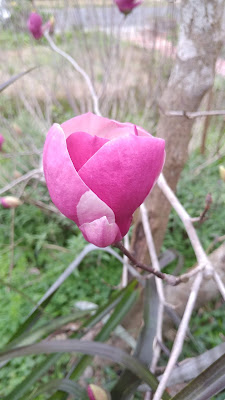 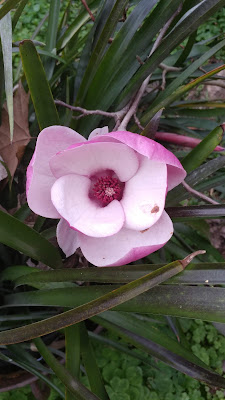 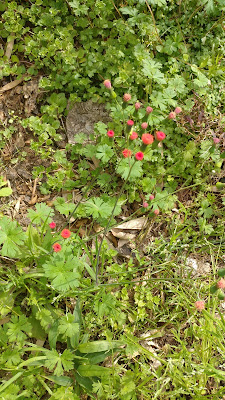 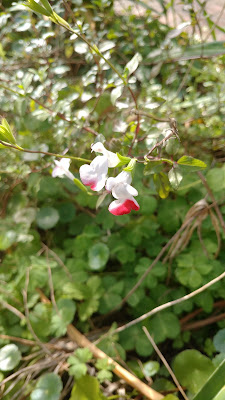 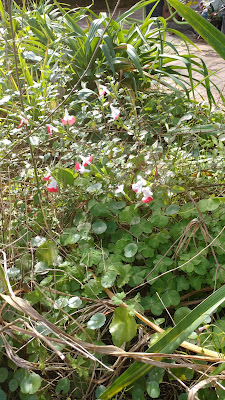 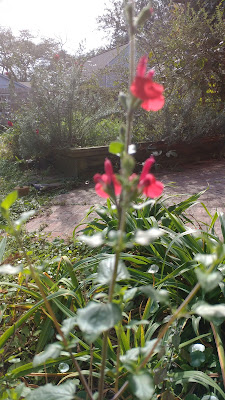 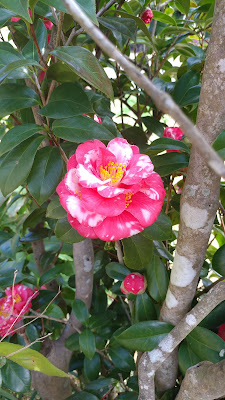 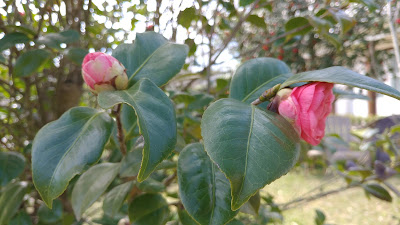 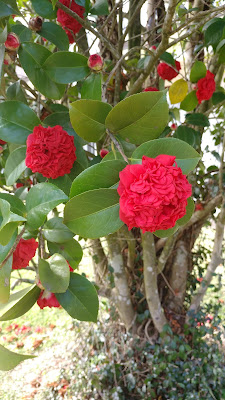 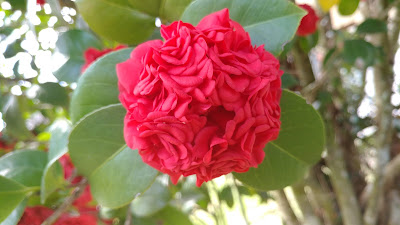 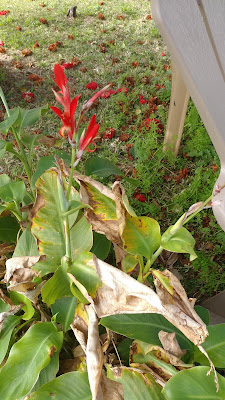 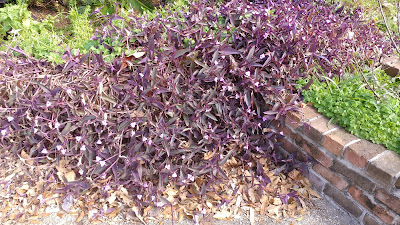 International Flirting Week -- always the Sun-Sat that encompases Valentine's Day; if you are married, flirt with your mate, it's fun!

St. Paul is shipwrecked on the island of Malta, 60
Crusaders defeat Prince Redwan of Aleppo at Antioch, 1098
The St. Scholastica's Day riot breaks out in Oxford, England, leaving 63 scholars and perhaps 30 locals dead in two days, 1355
Wampanoag Indians under King Philip kill all the men in Lancaster, Massachusetts, 1676
Edmund Halley is appointed the second Astronomer Royal of England, 1720
The Treaty of Paris ends the French and Indian War, surrendering Canada to England, 1763
Simon Bolivar is named dictator by the Congress of Peru, 1824
The first US fire extinguisher patent granted to Alanson Crane of Virginia, 1863
The YWCA is founded in NYC, 1870
Nathaniel Carr Goodwin becomes the first actor to perform in two different cities on the same day, in Boston for a matinee, and then in NYC for and evening performance, 1887
Nearly 11,000,000 acres of land, ceded to the US government by the Sioux Indians, is opened for settlement, 1890
The New York Times begins using the slogan, "All the news that's fit to print," 1897
Japan and Russia declare war after Japan's surprise attack on Russian fleet at Port Arthur disabled 7 Russian warships, 1904
Britain's first modern and largest battleship "HMS Dreadnought" is launched, 1906
Baseball outlaws all pitches that involve tampering with the ball, 1920
New Delhi becomes the capital of India, 1931
The first singing telegram is delivered, by the Postal Telegram Company of NYC, 1933
Captured American U2 spy-plane pilot Gary Powers is exchanged for captured Soviet spy Rudolf Abel, 1962
Ron Brown is elected chairman of the Democratic National Committee becoming the first African American to lead a major American political party, 1989
The IBM supercomputer Deep Blue defeats Garry Kasparov for the first time, 1996
The communication satellites Iridium 33 and Kosmos-2251 collide in orbit, destroying both, 2009
The Venezuelan government orders more than 100 malls to close early to save electricity, due to drought caused by El Niño, 2016
Posted by messymimi at 12:00 AM