Do not ask me about resolutions, i swore off of those years ago.  There are some goals, but resolutions just make me want to roll over and pretend they didn't happen.  Maybe it's the stubborn in me.

Thibodeaux done be complain to Boudreaux, "My wife, Marie, be after me to make me the New Year resolution.  Do Clothile be tryin' do dat to you?"

An' Boudreaux say, "Oui, she done been on me.  She want me to resolve to improve my mind an' read mo'."

An' Thibodeaux done say, "Read mo'!  What you be goin' do, Boudreaux?"

An' Boudreaux say, "Mais, I done did it already, I done turn on de close caption on de TV!" 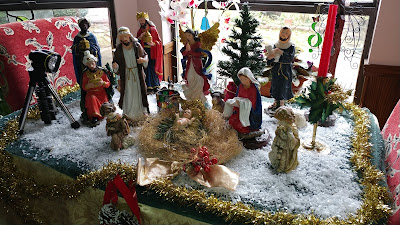 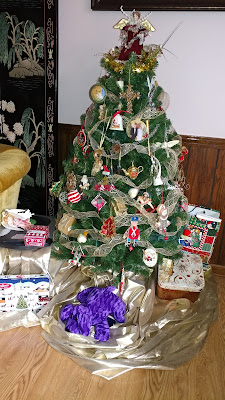 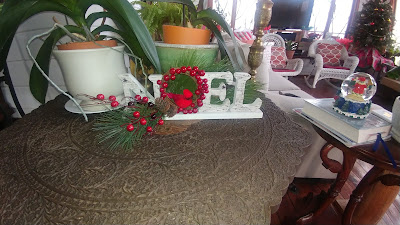 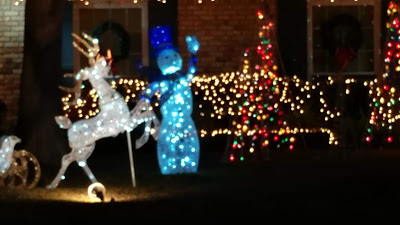 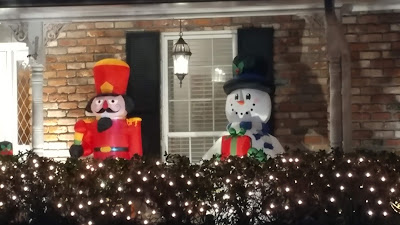 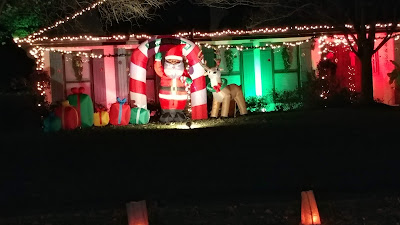 Thomas a Becket, Archbishop of Canterbury, is assassinated inside Canterbury Cathedral by followers of King Henry II; he subsequently becomes a saint and martyr in the Anglican Church and the Roman Catholic Church, 1170
The first nautical almanac in US published by Samuel Stearns, Boston, 1782
Gas lights are installed at White House, during the Polk administration, 1848
The first Young Men's Christian Association chapter in the US opens, in Boston, 1851
Emma Snodgrass is arrested in Boston for wearing pants, 1852
The first telegraph ticker used by a brokerage house, Groesbeck & Co, NY, 1867
The Wounded Knee Massacre takes place, 1890
Edison patents "transmission of signals electrically" (radio), 1891
Mongolia gains independence from the Qing dynasty, 1911
The first movie serial, "Adventures of Kathlyn," premieres in Chicago, 1913
Fred P Newton completes longest swim ever (1826 miles), when he swam in the Mississippi River from Ford Dam, Minn, to New Orleans, 1930
Physicist Richard Feynman gives a speech entitled "There's Plenty of Room at the Bottom", which is regarded as the birth of nanotechnology, 1959
Filming began on Stanley Kubrick's 2001: A Space Odyssey in England, 1965
Riots break-out after Hong Kong decides to forcibly repatriate Vietnamese refugees, 1989
Guatemala and leaders of Guatemalan National Revolutionary Union sign a peace accord ending a 36-year civil war, 1996
Leaders of the Khmer Rouge apologize for the 1970s genocide in Cambodia that claimed over 1 million lives, 1998
The last known speaker of Akkala Sami dies, rendering the language extinct, 2003
Chaparrastique volcano erupts in El Salvador, 2013
The Ebola epidemic in Guinea is declared over by WHO, after 2,500 died over 2 years, 2015
Posted by messymimi at 12:00 AM

The weeks before Christmas ... always fun to get out the ornaments and gather round to decorate the tree. Always fun (necessary) to go shopping to find special gifts for special people. Always fun to go to a party and wear something special. Always fun to see the smiles on the kids when they get what they wished for.

The week after Christmas .... the tree looks rather tired and a little crooked. The needles on the floor. The beautifully wrapped gifts gone...a few scraps of ribbons on the floor.

Remembering Christmas Past. We would leave the pretties up as long as we could. But then all had to be cleaned up and stored for next year.

Your pictures and decorations are beautiful and I know this season has brought you much joy and special memories.

We resolved to not make resolutions a long time ago too. Love that nativity scene.

Gave up on resolutions. When I would make one, like losing weight, it didn't last to long, so I no longer waste my time making them. I now just ask God to help me as much as he can and guess what? It worked much better. See ya Mimi.

I too have given up on making resolutions. Pretty Christmas decorations.

That was a funny joke :) Nice photos too. We keep our tree up at least until Epiphany.

Amazing photos - and I love the t-shirt.
No resolutions here either. I see no need to set myself up to fail.

I'm not sure that reading the closed captions counts as actual reading! Love the Christmas decorations. I don't do resolutions either. I'm more of a "take me as I am" person.

Nope resolutions are not for me heheh!

I liked the last of the Christmas photos and now it's all over for another year heheh!

I hope you have a Happy New Year's Eve, messymimi...and an even happier, prosperous and healthy 2020! Take good care. :)