Sweetie and i both enjoy checking the mail.  Maybe for both of us it hearkens back to childhood when it seemed so grown up to go get things out of the mailbox, and only the adults were allowed to do it.  My rural cousins had it even better, a small box under their regular mailbox was where the newspaper was deposited each morning, and the cousins actually got to go get the paper each morning. That also seemed such a special privilege.

De one t'ing he never done been able do was train Phideaux to not chase de cars or de trucks dat come down de road.  Enny time Phideaux be down by de road, an' de car come, he goin' chase it, payin' no mind to Boudreaux tellin' him stop.

De nex' day, Thibodeaux done ax, "So, Boudreaux, did Phideaux learn him not to chase de car now he be better?"

An' Boudreaux say, "Mais, non!  Dat crazy dog, de firs' t'ing he done did when he get home an' I walk up by de road, he done chase a car.  But now I cain't get him to go near dat mailbox to get me de paper fo' nuttin'!"

Today is a bit of a mix up, some Mardi Gras photos, artwork at a client's home, and a bit from yesterday's work in Mr. BA's garden. 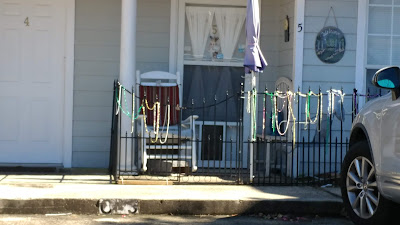 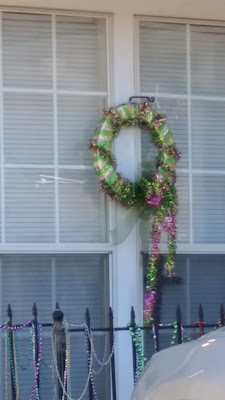 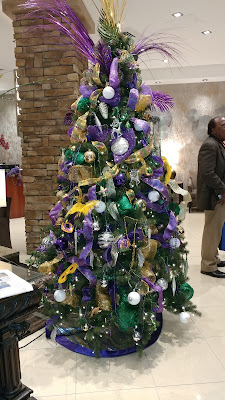 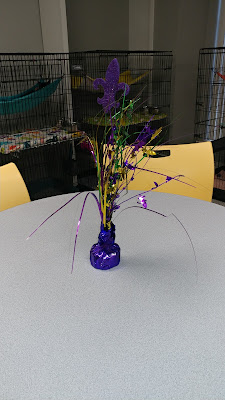 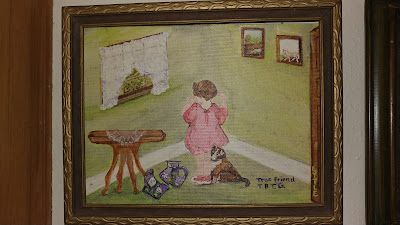 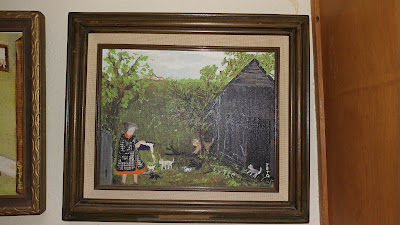 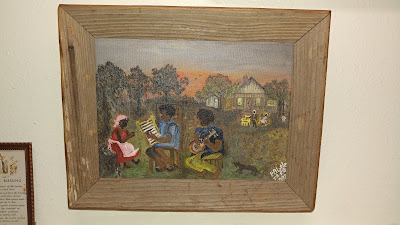 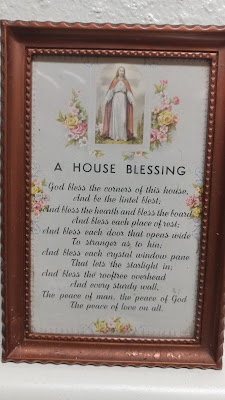 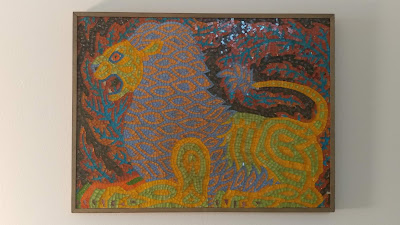 Emperor Diocletian orders the general persecution of Christians, 303
Traditional date for the publication of the Gutenberg Bible, the first Western book printed with movable type, 1455
France begins its fifth "holy war" against the Huguenots, 1574
Baron von Steuben arrives at Valley Forge, Pennsylvania to help to train the Continental Army, 1778
The first US raw-cotton-to-cloth mill is founded, in Waltham, Massachusetts, 1813
The first US pharmaceutical college is organized, the College of Apothecaries in Philidelphia, 1821
Santa Anna begins his siege of the Alamo, 1836
John Newman leaves the Anglican Church and is welcomed into the Roman Catholic Church, 1846
In Mexico, American troops under General Zachary Taylor defeat Mexican General Antonio López de Santa Anna, 1847
Great Britain formally recognises the independence of the Boers in the area between the Orange and Vaal rivers, signing the Bloemfontein Convention with the Orange Free State, 1854
The London Times publishes the world's first classified ad, 1886
Charles Martin Hall, assisted by his sister Julia Brainerd Hall, produced the first samples of man-made aluminum, 1886
The French/Italian Riviera is struck by an earthquake that leaves 2,000 dead, 1887
The Tootsie Roll is introduced by Leo Hirshfield, 1896
In France, Emile Zola is imprisoned for writing his "J'accuse" letter accusing the government of anti-Semitism and wrongly jailing Alfred Dreyfus, 1898
The Cuban state of Guantanamo is leased to the US, 1903
The US acquires control of the Panama Canal Zone for $10 million, 1904
The Rotary Club International is founded in Chicago, 1905
Russian Tsar Nicholas II dissolves the Diet of Finland, 1909
The US state of Nevada enacts a convenient divorce law, 1915
The February Revolution begins in Russia, 1917
Plutonium is first produced and isolated by Dr. Glenn T. Seaborg, 1941
The International Organization for Standardization (ISO) is founded, 1847
The first mass inoculation with the Salk vaccine begins in Pittsburgh, 1954
First meeting of the Southeast Asia Treaty Organization (SEATO), 1955
The United States Environmental Protection Agency announces its intent to buy out and evacuate the dioxin-contaminated community of Times Beach, Missouri, 1983
Supernova 1987a is seen in the Large Magellanic Cloud, 1987
A small fire occurs in the Russian Space station, Mir, 1997
An avalanche destroys the Austrian village of Galtür, killing 31, 1999
Unknown criminals pour more than 2.5 million liters of diesel oil and other hydrocarbons into the river Lambro, in Northern Italy, causing an environmental disaster, 2010
A study published in Science Journalsuggests that the earliest European Palaeolithic artwork in Spain was in fact made by Neanderthals not homo sapiens, 2018
Posted by messymimi at 12:00 AM

Smiling broadly at your varied selections this week. And yes, I have known dogs like that.

I enjoyed all the photos and the joke heheh!

Cool photos! We mostly get junk mail in our mailbox...and sometimes ants!

For the monment I am learning loads about the celebrations of Mardi gras by following your blog. It's all new to me, and quite elaborate and colourful and fantastic.

My daughter still has the strands of beads from 2002. She loved being in Mardi Gras. Now, not so much.