Cleaning closet i'd love to have. 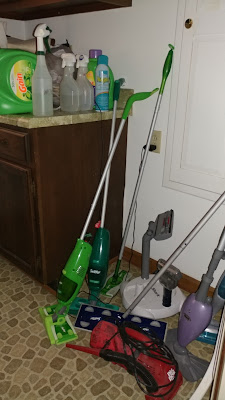 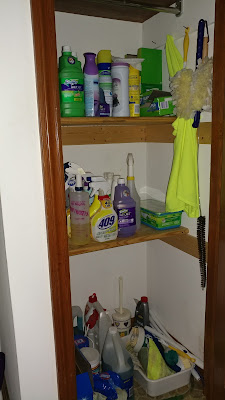 Lincoln Penny Day -- US (the Lincoln Cent entered circulation on this day in 1909, and is one of the longest running coins in continual production in history)
Take a Penny/Leave a Penny Day -- if the US is really determined to keep the littlest coins, the least we can do is pool them together in the trays so conveniently found in stores and restaurants

Philip II of Macedon leads his army to defeat the combined forces of Athens and Thebes in the Battle of Chaeronea, which secured Macedonian hegemony in Greece and the Aegean, BC338
Hannibal leads his Corinthian army to defeat the superior forces of Rome, BC216
Henry Hudson sails into what it is now known as Hudson Bay, thinking he had made it through the Northwest Passage and reached the Pacific Ocean, 1610
First United States Census, 1790
First parachute jump in the US, 1819
Japan's samurai, farmer, artisan, merchant class system is abolished as part of the Meiji Restoration reforms, 1869
Tower Subway, the world's first underground tube railway, opens in London, 1870
Andrew Hallidie tests the first cable car system in San Francisco, 1873
Wild Bill Hickok meets his death; shot in the back while playing poker, his hand, a pair of Aces and a pair of eights, is now called "Dead Man's Hand", 1876
Calamity Jane (Martha Jane Cannary) dies, 1903
Typhoon in China kills about 60,000, 1922
The positron (antiparticle of the electron) is discovered by Carl D. Anderson, 1932
Pakistan is re-admitted back into the Commonwealth of Nations, 1989
Iraq invades Kuwait, setting the stage for the Gulf War, 1990
Two previously unknown works by Mozart - a concerto movement and a prelude, are performed in Salzburg, Austria, 2009
The U.S. Government estimates the Deepwater Horizon oil spill dumped nearly 5 million barrels of oil into the Gulf of Mexico, 2010
Posted by messymimi at 12:00 AM