Zippy is recovering from his bouts with digestive upset and it’s now almost impossible to get a picture of him.  He won’t hold still: 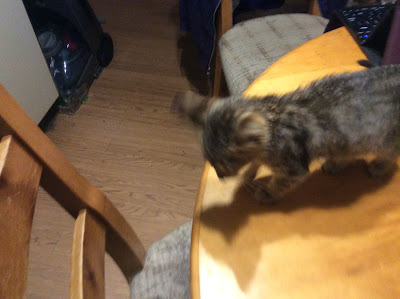 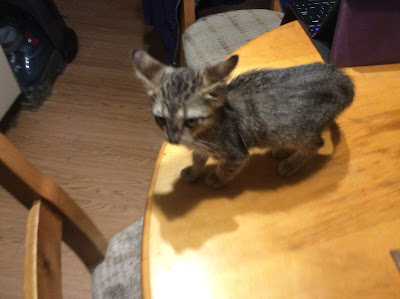 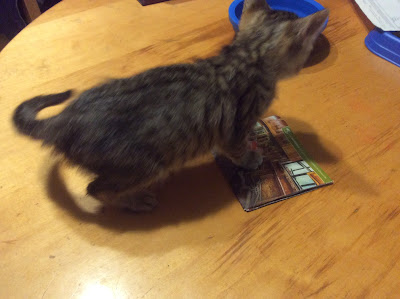 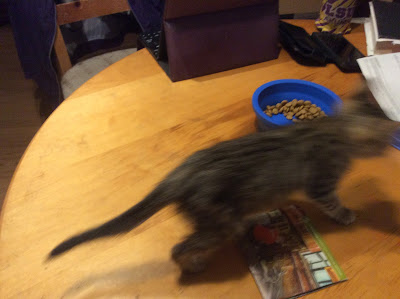 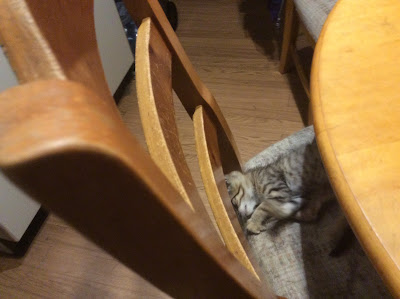 1. I can’t wait to eat fresh Brussels’ sprouts sautéed in olive oil on Thanksgiving.  (What else do you expect of a weirdo vegan?)

2. My favorite kind of pie is whatever i can find at a health food store that is vegan and sweetened only with fruit juice.  (See above.  Yes, i have an odd diet, it’s okay, they know me in my world and i’m fine here.)

3. This year, i am particularly thankful for our excellent veterinarians, Dr. Bea and Dr. Mel.  They do so much for us, and are willing to go above and beyond to help when we need them.

4. A funny holiday tradition in our house is the hello/goodbye hug.  When someone new arrives at the house, everyone gets a hug from everyone, even those who were already there.  When it’s time to go home, everyone hugs everyone, even the ones they are going home with.  It’s funny if you are not used to it and confusing until you figure out that you are just supposed to hug everyone every time there are hugs going around.

Grand Illumination Celebration and Gingerbread House Competition & Display -- Lahaska, PA, US (the holiday fun begins at the Peddler's Village, through the New Year)

Ranch Hand Festival and Breakfast -- King Ranch, Kingsville, TX, US (the festival begins today, and tomorrow morning there will be a real ranch hand meal, cooked and served outdoors, on a working cattle ranch where you can watch cowboys round up longhorns)
kickoff of the celebration La Posada de Kingsville, with special holiday celebrations through December

Silver Bells in the City -- Lansing, MI, US (the capital city sparkles as the business district lights up for the holidays)

Diocletian is proclaimed emperor by his soldiers, 284
England and Spain sign an anti-French covenant/treaty, 1511
Elizabeth I ascends the English throne, 1558
France and Spain sign the Peace of the Pyrenees treaty, 1659
The Church of England organizes in New England, 1785
Congress holds its first session in the still incomplete Capitol Building of Washington, D.C., 1800
The Delta Phi fraternity, America's oldest continuous social fraternity, is founded at Union College in Schenectady, New York, 1827
Ecuador and Venezuela separate from Greater Colombia, 1831
Street signs are first authorized at San Francisco intersections, 1853
David Livingstone becomes the first European to see Victoria Falls, 1855
Pyotr Ilyich Tchaikovsky's Slavonic March is given its première performance in Moscow, 1876
Japan and Korea sign The Eulsa Treaty, 1905
The first US dental hygienist course is formed, in Bridgeport, Connecticut, 1913
US declares the Panama Canal Zone to be neutral, 1914
Lenin defends the "temporary" removal of freedom of the press, 1917
American scientists John Bardeen and Walter Brattain observe the basic principles of the transistor, a key element for the electronics revolution of the 20th Century, 1947
Douglas Engelbart receives the patent for the first computer mouse, 1970
In Czechoslovakia, the Velvet Revolution that would overthrow the communist government begins when student protests in Prague are quelled by riot police, 1989
Brian May of the rock band Queen was appointed Chancellor of Liverpool John Moores University, 2007
In Sweden, divers find the wreckage of the Svardet, a warship sunk in 1676 during the Battle of Oland, 2011
Posted by messymimi at 12:00 AM