The other day when i went to the cat shelter, i saw this sign on the back door: 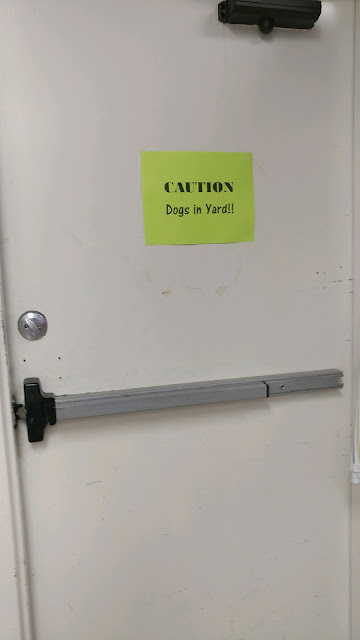 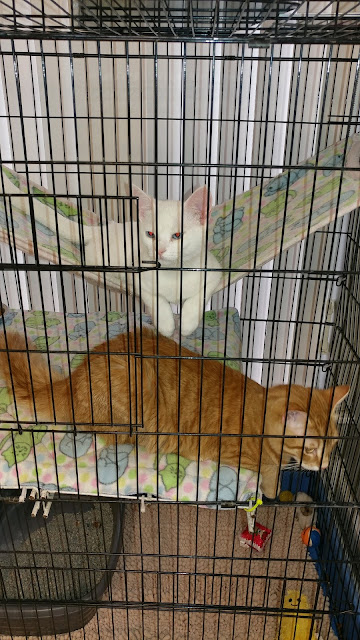 But there they were. 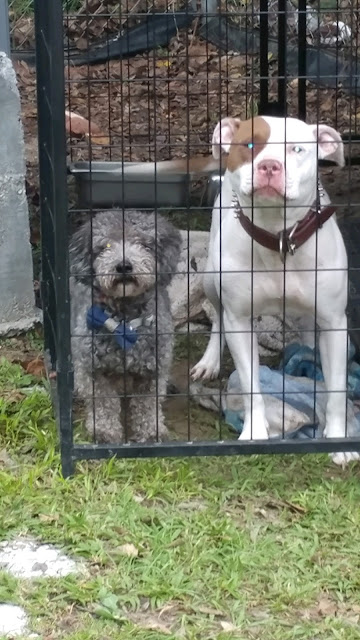 Someone had tied them to the back fence.  The adult poodle was sweet and friendly enough, but the not quite fully grown pit bull was the poster dog for the saying "It's not the breed, it's the owner."  Every person who came near her was her absolute new best friend, and she wanted to do nothing but lick everyone within an inch of their lives.

A dog rescue had asked us to keep them for a day until they could find a foster home, and when the nice lady came to get them, someone made the mistake of taking them out through the building instead of out of the gate and around the building.  To say we had a cat explosion is putting it mildly, Sweetie and i had to spend almost an hour cleaning the floor and refilling the food and water bowls that had been emptied by cats in a tizzy.

All's well that ends well, though, and they are in great hands now.

My "Spark" for the day is a reminder not to let the commercialization of the holiday season run roughshod over us. 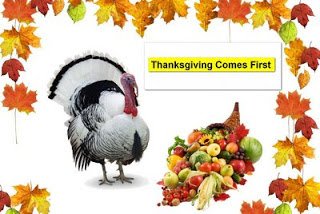 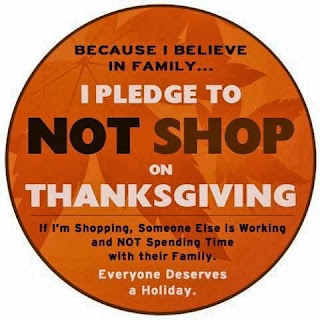 The Vietnam Veterans Memorial is dedicated, 1982
The Holland Tunnel opens, 1927

English king Æthelred II orders the killing of all Danes in England, known today as the St. Brice's Day massacre, 1002
Lady Jane Grey and Bishop Cranmer are accused of high treason, 1553
Patriot revolutionary forces under Col. Ethan Allen attack Montreal, Quebec, defended by British General Guy Carleton, 1775
Benjamin Franklin says, “Our new Constitution is now established, and has an appearance that promises permanency; but in this world nothing can be said to be certain, except death and taxes.” 1789
The first US anti-slavery party, the Liberty Party, convenes in New York, 1839
James Braid first sees a demonstration of animal magnetism, which leads him to study the subject and come up with what he later calls hypnosis, 1841
The Denny Party arrives at Alki Point, becoming the first settlers of what would become Seattle, Washington, 1851
The first shipment of canned pineapple leaves Hawai'i, 1895
French cyclist Paul Cornu flies the first helicopter, 1907
Russia completes development of the AK-47, one of the first proper assault rifles, 1947
A 150-mph tropical cyclone hits the densely populated Ganges Delta region of East Pakistan (now Bangladesh), killing an estimated 500,000 people in one night. This is regarded as the 20th century's worst natural disaster, 1970
The Double Eagle V becomes the first hot air balloon to make it across the Pacific Ocean, 1981
Xavier Suarez is sworn in as Miami, Florida's first Cuban-born mayor, 1985
The High Court of Australia rules in Dietrich v The Queen that although there is no absolute right to have publicly funded counsel, in most circumstances a judge should grant any request for an adjournment or stay when an accused is unrepresented, 1992
In a referendum voters in Sweden decide to join the European Union, 1994
NASA announces that water has been discoved on the moon, 2009
A total solar eclipse occurs over parts of Australia and the South Pacific, 2012
The Vatican announces that restrooms being remodeled in St. Peter's Square will include showers for the homeless, and encourages other churches to do the same, 2014
Posted by messymimi at 12:00 AM