We are dogsitting again. 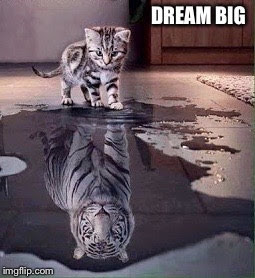 Honoratus, the first known Prefect of the City of Constantinople, takes office, 359
Llywelyn the Last (born c. 1228) the last native Prince of Wales, is killed at Cimeri, 1282
The Aurora Borealis is seen from New England by English settlers for the first time, 1719
The first newspaper on Curacao is published, the Curacao Gazette & Commercial Advertiser, 1812
Nitrous oxide is used in dental work for the first time in Hartford, Connecticut, 1844
Boston's Bijou Theatre becomes the first American theater lit exclusively by electricity, premiering Gilbert and Sullivan's "Iolanthe" as its first performance, 1882
The New Zealand Parliament Buildings are almost completely destroyed by fire, 1907
Color moving pictures are demonstrated in Madison Square Garden, 1909
The Boll Weevil Monument is dedicated in Enterprise, Alabama, 1919
The British Parliament enacts the Statute of Westminster 1931, establishing legislative equality between the self-governing dominions of the Commonwealth of Australia, the Dominion of Canada, the Irish Free State, Dominion of Newfoundland, the Dominion of New Zealand, and the Union of South Africa, 1931
Bill Wilson, co-founder of Alcoholics Anonymous, takes his last drink and enters treatment for the last time, 1934
Arthur Lucas, convicted of murder, is the last person to be executed in Canada, 1962
Apollo 17 becomes the sixth and last Apollo mission to land on the Moon, 1972
The Kyoto Protocol opens for signature, 1997
The People's Republic of China joins the World Trade Organization, 2001
In Taipei, protesters demand foreign live-in caregivers have the right to a day off each week, 2011
Pope Francis is named Time Magazine's "Person of the Year," 2013
Posted by messymimi at 12:00 AM

Dearest Mimi,
thanks most sincerely for hosting and sharing such a wonderful post!

Wishing you a most wonderful Monday and new week ahead

Im so so so excited to dog sit over christmas too!
huge benefit to nottravelingnotmyhoiday!

Beautiful blue heeler - they are so handsome, but then I'm probably biased being Australian.
Your spark is perfect.

What a wonderful dose of inspiration to dream big! We should all reach for the stars and if we're blessed to achieve even a tiny portion of what we dreamed for then we need to thank God for giving it to us. :) Magnum PI was one of our favorite TV shows from the 80s. Tom Selleck was purrfect in that role - good looking and funny. I remember reading once where he said, he was clueless as to what his wife saw in him. Now, that's the words of a humbled man. Thanks for sharing today and for visiting. Have a sparkletastic week!

Oh my, I love those pupper ears! I hope he finds a furever home soon. And your Spark made me grin from ear to ear! I believe inside all little kitties are "big cat" dreams.

Aww on the pup. I hope it finds its forever home soon. So precious.

I love your Spark. I always have dreamed big.

Have a terrific Awww Monday and may your day be filled with wonderful Sparks. ♥

What a sweetie. My daughter has a blue heeler - lab mix. This makes for a smart, but stubborn, breed.

I would snap him up in a minute just from the picture, but Mrs. C does not want a dog.

Aww! what a lovely dog hope she finds a loving home

Cute dog and I love your spark.

Cute dog. Isn't it's body a bit small for an Australian cattle dog?

Oh, I love that dream big picture. Hope that dog finds a home.

Oh, my word. I love herding dogs. Heelers are a favourite! After Sheltes and Border Collies.
YES! Your Sparks is wonderful. Purrfect! Mimi, you are wonderful. Hugs.

Love the picture of the kitty!